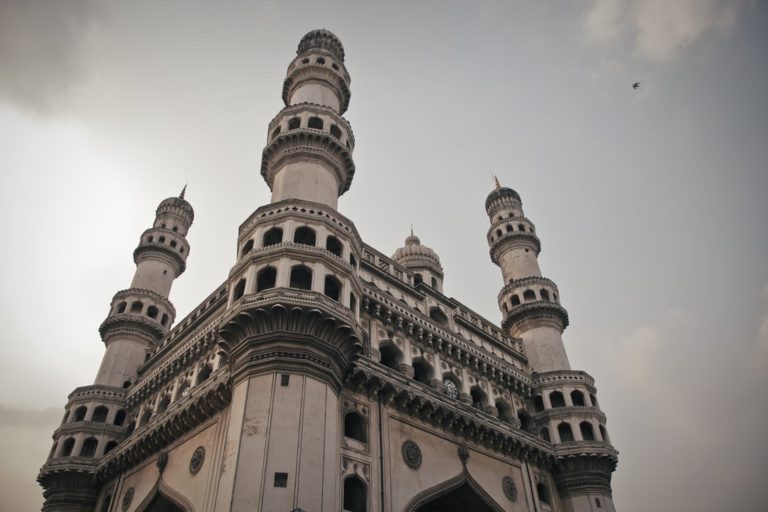 I am moving cities. In a week’s time, I’ll be saying sayonara to Hyderabad after having lived here for more than 20 years. Sure, I went away for a couple of years in the early nought’s, but I never felt that I’d left the city. I always knew I’d come back. But it feels different this time. It feels that when I drive out over the Lakdi-Ka Pul, the bridge’ll collapse and I’ll have no choice but to keep heading straight.

When I first arrived here in the late eighties, it was a lazy little city (it still is!) with green avenues and wide roads. Begumpet was a cozy residential area, Ameerpet still had a Gold Spot bottling factory and Kacheguda was the end of the city. I loved the smell of it – the tang of tamarind, the gentleness of saffron, the pungency of chillies and the slightly odious draft from the Musi. I grew up here. I ran away from home when here. I made tens of lakhs of rupees here. I lost all that here. I fell in love here. I kissed the woman of my dreams watching the moon shimmer over the lake. I saw her die here. I tried to kill myself here. I survived here.

It is 5.15AM. Grubby eyed and disheveled, I look around Afzalgunj bus stand. Sleepy passengers, early commuters and the homeless bunch around in small groups. There’s a faint whiff of the stench that the Musi is famous for. I head out of the bus stand and onto the road leading to a bridge across the river. A few hundred metres later, across the ghostly traffic signal, I spot the familiar neon sign of Basra Hotel. I walk in – the interiors are just the same as they were years ago – dirty and yellowing with tables that were new decades ago. The walls have a patina of brown grease. The owner sits at one of the tables, stroking his not so magnificent, henna-ed beard and swatting a fly that comes dangerously close to his mouth. From inside the tiny kitchen at the back of the place, I can smell the heavenly, thick milky tea that Hotel Basra is known for. I order one. And a plate of kheema samosas.

I am in Hyderabad.

Bus No. 45F is belching smoke as we lurch through the dimly lit streets around Kachiguda. The lanes of Nimboliadda are quieter than usual, empty pushcarts lined up at the end of each. Garbage. I hope that since this is the bus’ first trip, it might make an exception and pick up passengers at the railway station, but it doesn’t. I am content to merely observe the bright lights of the roundabout that precedes the magnificent white building. Buzz. Tightly spaced buildings of Narayanguda come and go, each filled with students cramming various equations and formulae. EAMCET Factory. Speeding across the RTC ‘X’ Roads, with its empty cinema theatres is a thrill. Post 7AM this usually turns into a nightmare. Musheerabad with its busy Irani cafes and the devout streaming into mosques for prayer. Kavadiguda with its narrow main roads, rusting garages and small industries. Crossing up from the Bible House and onto Kingsway and the hundreds of shops selling hardware, electricals and other things one normally doesn’t think of. The staid, yet proud building of the Secunderabad Post Office at Patny. The smelly MCH swimming pool and then past Paradise circle and Yatri Nivas. Shyamlal Building and Begumpet. Sheeshmahal and Ameerpet.

It feels strange this morning. There’s a warmth in the heart, but it feels somewhat unwelcome. I hadn’t been to Hyderabad and travelled on its roads for a number of years. I had made a big deal of moving out. Of moving on. Of letting go. I was determined during this brief layover not to get drawn in by the seductiveness of the familiar. The comfort of a geographical blanket. Yet, here I am.

It feels like your first love inching back into your life and demanding friendship and space. Possibly even more. Like first love, this city knows how to push my buttons. It does so fearlessly knowing that I’ll give up. It does so knowing that I’ll cry my guts out. It know that no matter how much I’ve moved on, there’s a tiny, tiny part of my heart that beats exclusively for it.

A few years ago, I stopped calling it home and was determined not to come back and call it that again. It’s taken me all of a few hours to change my mind.

Bharath is a writer and author from Bangalore. He can be frequently found wandering about underneath rain trees in the older parts of Bangalore. He has 15 years of experience in the tech and travel industry. His hobbies include trains(he can drive one!), cooking and typography.

He documents his writing on his blog.

The big little world of Indian families: Our favourite articles 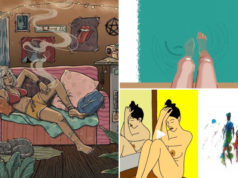 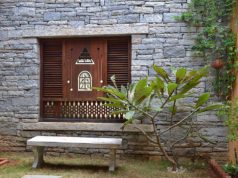 GoodEarth: Making homes good for the Earth and you