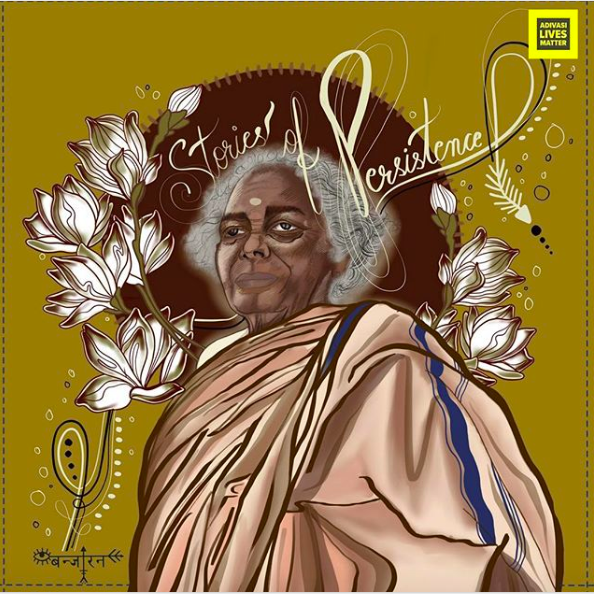 The funky logo of a slogan on a yellow background is the first thing that catches one’s eyes. But this Instagram page is more than just about giving people a striking visual experience. ‘Adivasi Lives Matter’ ensures that the experiences of indigenous communities in modern-day India are given the attention and consideration that are not usually afforded by mainstream media.

Scheduled Tribes account for 8.6% of India’s population, which is around 104 million people. To put that in perspective, that’s the population of Egypt, or the populations of Sri Lanka, the Netherlands, Saudi Arabia and Malaysia put together.

The page constantly shares news from these communities stretched across the map, from Andhra Pradesh to Gujarat, the Andaman and Nicobar islands to states in the North-East.There are troubling stories of discrimination – but also those of the individuals who brought an end to it.

#TuesdayThoughts are brought tous by the passionate land rights Adivasi activist Rajkumari Bhuiya from Uttar Pradesh. Read about her struggle and perseverance in this brilliant article by PARI. https://ruralindiaonline.org/articles/i-knew-i-was-going-to-jail-that-day . “I was in jail because I fought for my land, not because I committed a crime. I wasn’t afraid of jail then and I’m not afraid now,” says Rajkumari Bhuiya. Rajkumari, around 55 years old, is from the Bhuiya Adivasi community in Dhuma village of Sonbhadra district, Uttar Pradesh. In 2015, she spent over four months in jail after participating in protests against the Kanhar irrigation project. Activists and local communities are against the construction of the dam on the Kanhar river in Dudhi block, fearing displacement and pollution of their source of water. . When Mulchand Bhuiya, Rajkumari’s husband, who is also a member of the union, heard his wife was in jail, he says he was upset. “I didn’t know what to do. My first thought was about my kids – how will we manage? I sold my wheat crop to raise enough money to cover her bail. Otherwise I keep my wheat for our family. My oldest son quit his job to focus on getting her out of jail, another son went to Delhi to work to send money back. We suffered such a loss with her gone.” . . . . . #AdivasilivesMatter #AdivasiWomen #AdivasiRights #Landrights #IndigenousWomen #IndigenousRights #ForestRights #AdivasiActivists #WomenRise #HumanRightsDefenders #TuesdayThoughts

“ People don’t allow Tribal girls to move forward, they think they can’t do anything and we can never think beyond reaching a government job. But I want to change this perception and show that a Tribal girl can do whatever she wants to do. “ . @badgalrene , 33, a model from Chhattisgarh belongs to the Oraon community of Adivasis. She leaves heads turned whenever she walks past people-whether at a parking lot or a shopping mall. She is taking the internet by storm because of her uncanny resemblance to pop star Rihanna. But Renee, born Renu, to parents from Chhattisgarh, an eastern state with high percentage of Adivasis, wasn't always treated with love and affection. . Once the resemblance to one of the most famous women in the world was noticed, however, things changed. The obsession with the fair or white skin has been going on generations, breaking away from this was a challenge for Renee Kujur. "With such a deep-rooted prejudice in people’s mind, it would’ve been very tough to get work. The Rihanna factor turned out to be a blessing," explained Renee. Renee is an inspiration to millions of girls out there. If you too feel that Renee inspires you, then give us a thumbs up and share this. #AdivasiLivesMatter #RenneKujur #Indigenousrising #AdivasiWomen #Modelling #Fashion #Chattisgarh #Rihanna #BadGalRiRi #FollowFriday

And there are many other uplifting ones celebrating the history, culture, achievements and contributions of indigenous people, not just from India but around the world. With illustrations of traditional tribal attire, photographs of their art, and videos of their music and dance forms, ‘Adivasi Lives Matter’ goes to great lengths to ensure that every fight, victory, custom and every tradition gets the recognition it deserves.

500 Adivasis gathered in Aarey Colony today to protest against their wrongful proposed eviction and lack of electricity and water supply in Navsacha Pada. ⁣ ⁣ “Will the officials be able to live comfortably with no electricity or water? Can anyone else? Why are we treated differently? Does the Government think of the Adivasis as humans?”⁣ ⁣ Chanting slogans, playing music and dancing, the Adivasis walked from Aarey Dairy to the Mumbai Veterinary College (wherein Navsacha Pada lies), stating that they are not ready to move from their rightful land and homes. ⁣ ⁣ The march, organised by Adivasi Hakk Sanvardhan Samiti will see it’s results in 2 days, which is the time allotted to the Veterinary College officials to provide electricity or water to the padas. If this doesn’t happen, there will be a lawsuit filed against them under the SC/ST Atrocities Act. ⁣ #AareyUlgulan #AdivasiLivesMatter ⁣ ⁣ ⁣ ⁣ ⁣ ⁣ #indigenous #adivasiart #india_everyday #adivasi #adivasis #adivasirights #adivasiculture #adivasisamaj #indigenousrights #landrights #forestrights #development #battigul #india ⁣

Santhali (Santali), a tribal language primarily spoken in India, Bangladesh and Nepal, received global recognition when it got a Wikipedia edition in its own script last year in August! It's spoken by over 6.4 million people in the states of Jharkhand, West Bengal, Odisha and Assam. Read the full article on @thebetterindia #AdivasiLivesMatter #Santhali #TribalLanguage #indigenouspeople #indigenous #adivasi 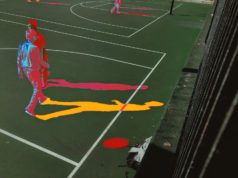