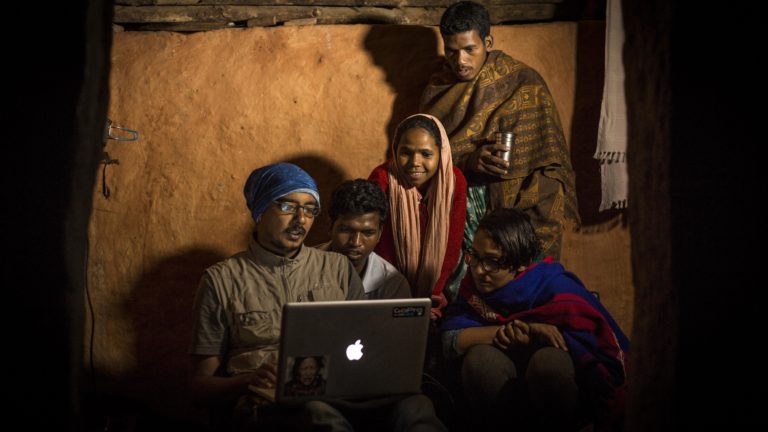 After two years in the corporate world, Piyush Goswami and Akshatha Shetty decided that it wasn’t meant for them. The duo, who each graduated with a Bachelor’s degree in Technology from the National Institute of Technology, Karnataka decided to instead pursue an avenue to integrate art and philosophy in a way that would be socially constructive.

In 2010, they began a new chapter. Akshatha, with writing as her preferred medium and Piyush with documentary photography, started to frequently venture to rural areas as well as visit tribal communities. This led to the genesis of what they call the primary purpose of their life: ‘The Rest of My Family’.

Goswami and Shetty explain that their intention is “To expand our circle of compassion a little more every day. Everyone and every community we meet is part of our family – part of our human family.

“They are our problems too,” they explain, “and we have to try our best to find a solution to these challenges with all our resources, ideas and limitations. Unless we realize this, and start to look at social and individual issues in this light and act accordingly in our own capacities, we continue to be a part of the problem and not the solution.”

Keeping this philosophy in mind, the name of their organization was organically coined. Having a name that embodies inclusivity and warmth is what makes their initiative not only easily interactive but also educates people of the social responsibility we owe towards humanity, our family.

Their whole journey has been very personal and social. As they travelled, met and lived with various far-flung families/communities from 2010 to 2013, they started sharing their findings through photo-stories. Although they did this for a while and initially thought that writing about social-issues would draw the attention of those who have resources to make a difference to the lives of the ignored sections of rural and tribal society, they came to understand that they needed to do something else.

In 2013, the duo gave up their home, belongings and everything else they owned to live a life on the road and dedicate themselves to a single idea which is the philosophy of Rest of My Family.

When asked if their privileged backgrounds ever hindered their process, Goswami said, “Unlearning all the prejudices, biases and predispositions that one has been taught is always a gradual process. But being empathetic helps one to not be biased while on the field. A lot of these biases operate more strongly in one’s own comfort zone as well so, when you constantly place yourself out of your comfort zone, your biases usually take a back seat. This makes you become
more receptive to learning newer ideas, accepting newer cultures and peoples.”

Their stories are our stories

Rural healthcare, education, bio-gas and accessible drinking water
are some of the many projects that the organization has taken up in the various regions that they’ve visited. In one of their endeavours, the duo left Bangalore on February 3, 2016 and returned with the car around December 2018. This was the #DriveForChange Campaign which was initially supposed to be just a year-long project. As of now, they’ve been on the road for more than six years. 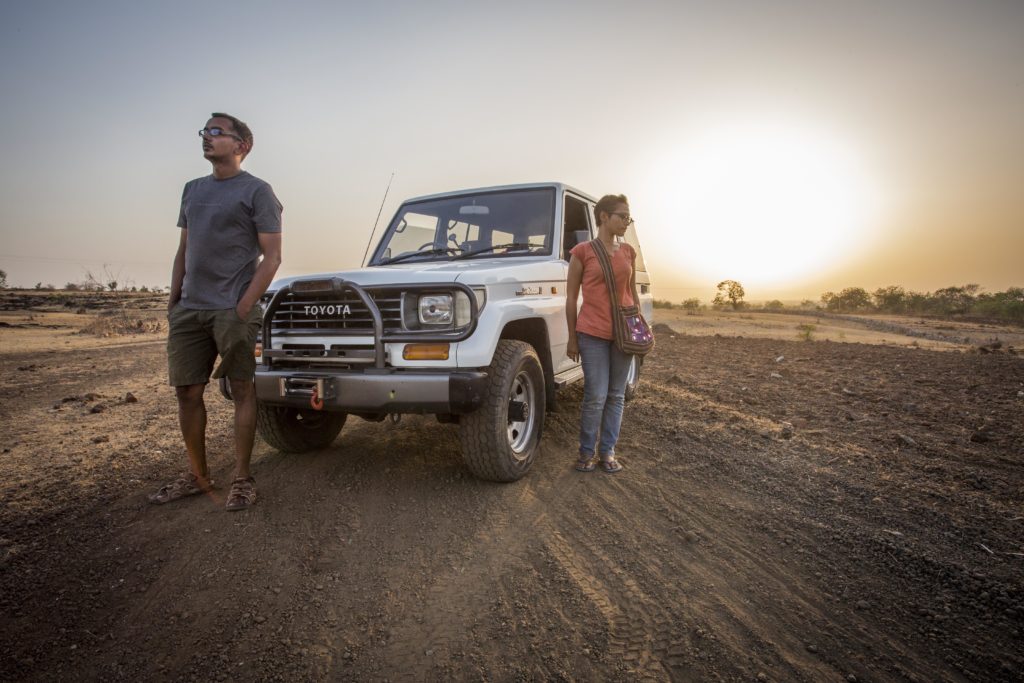 As their work entails trying to tell the stories of mostly unheard voices, sounding somewhat patronizing can be an accusation they have to deal with often. However, that has never been a concern for the duo as they interact with the communities as fellow human beings. As their initiative aims at
social-work-through-art, most of the storytelling happens through photography, videos and writing. They’ve explored music as a medium to preserve and celebrate folk music with ‘The Forgotten Songs Collective’. Similarly, the organization is looking at incorporating other mediums of art into their cause.

Biate: The Forgotten SongsThis film (part 1 of 2) captures the beginning of a meaningful journey on which the Biate tribe, Rest Of My Family and vinayak^a work towards celebrating and preserving ancient music of the Biate tribe residing in Assam and Meghalaya.Project Biate is the first project by The Forgotten Songs Collective (TFSC).Shot and edited: Drokpa Films (Fazil Nc & Shawn Sebastian)Background Score: vinayak^aVoice-over written: Akshatha ShettyCo-ordinator: Mrudhula Sridharan

The team is currently working on releasing all the content they have collected, created over the last 3 or 4 years along with creating new content to increase engagement of people from all walks of life in the process of social change.

“All nations, communities, families, and individuals are moving from forced collectivism to selfish individualism,” comments Goswami. “But when an individual liberates themselves, it makes them realize that liberty comes with social responsibility. This way social inclusion is not forced but a choice. Only such social inclusion will work whereas forced social inclusion is doomed to fail,” Shetty adds.

They continue to drive on, bringing more people into the collective of a family that they’ve been striving for.

All images credit: Rest Of My Family