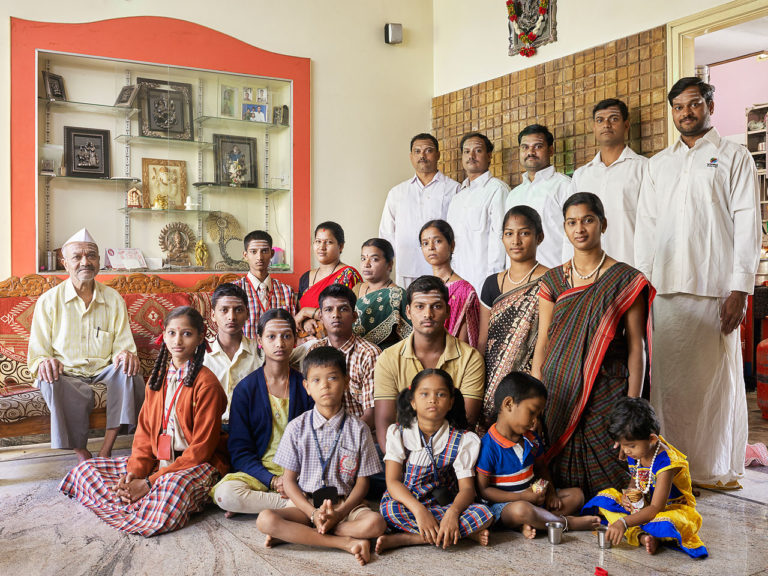 Picture this: a grandmother singing a lullaby to a toddler whose parents are away at work. Her aunts are preparing meals and her elder cousins, in the next room are listening to stories from her grandfather. One of her uncle’s is outside washing his car, while the other is running errands.

This was for a long time, the scene from a typical joint family in India, where aunts, uncles, cousins, nieces, nephews and grandparents, are all under the same roof.

Now, picture this: a toddler is hushed and shushed by a nanny while her parents are away at work. In the evenings, when they are back, a call back home lets the baby listen to her grandparents cooing to her over the phone. An occasional video call and a photograph shared over Whatsapp keeps the bond alive. This here, is a nuclear family, a trend that has kicked off over the past few decades.

In the wake of change, German photographer, Nora Bibel, fascinated by India’s joint families, set out to document this in Bengaluru. In a project titled ‘Family Comes First’, she photographed 44 families in their living room, evoking memories of the traditional family portraits.

What piqued your interest about Indian families? 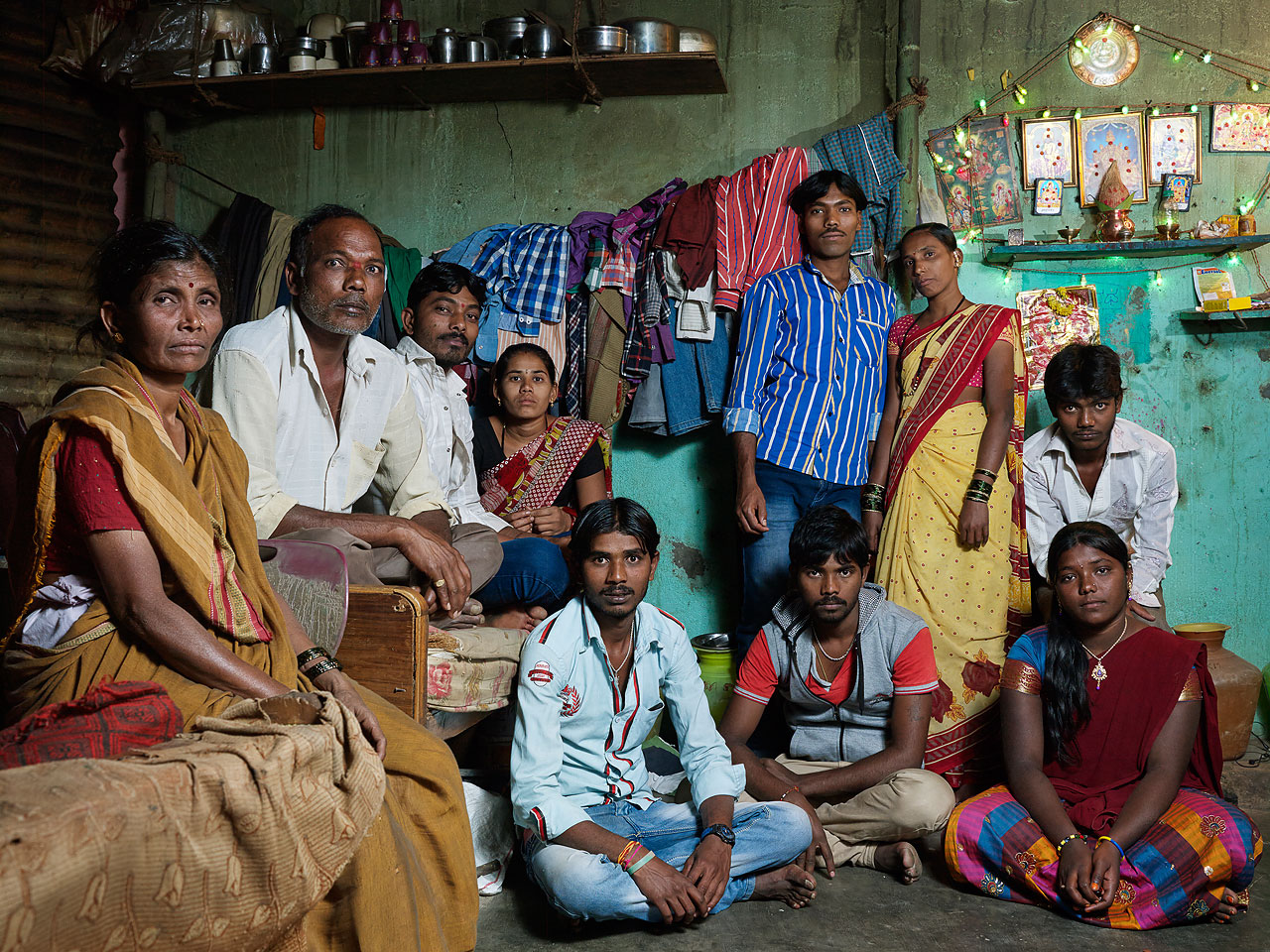 The concept of joint families has been something new for me as a German. We don’t have this concept any more and maybe never had it like in India. I learned that in a joint family all members share one kitchen and sometimes even a bank account. So, as I didn’t know about this phenomena, I decided to do a project about it during my Bangalore Residency in the Goethe Institute/ Max Mueller Bhavan Bangalore.

The idea was to create a collection of different families in their living rooms similar to old family portraits. Through the arrangement of the families and the surrounding of the interior, I tried to captures as much as possible in one single image. That of course has been very challenging especially working with over twenty unknown Indians who had to be very stiff and silent when I took the photograph.

How did you go about finding the families featured in the book? 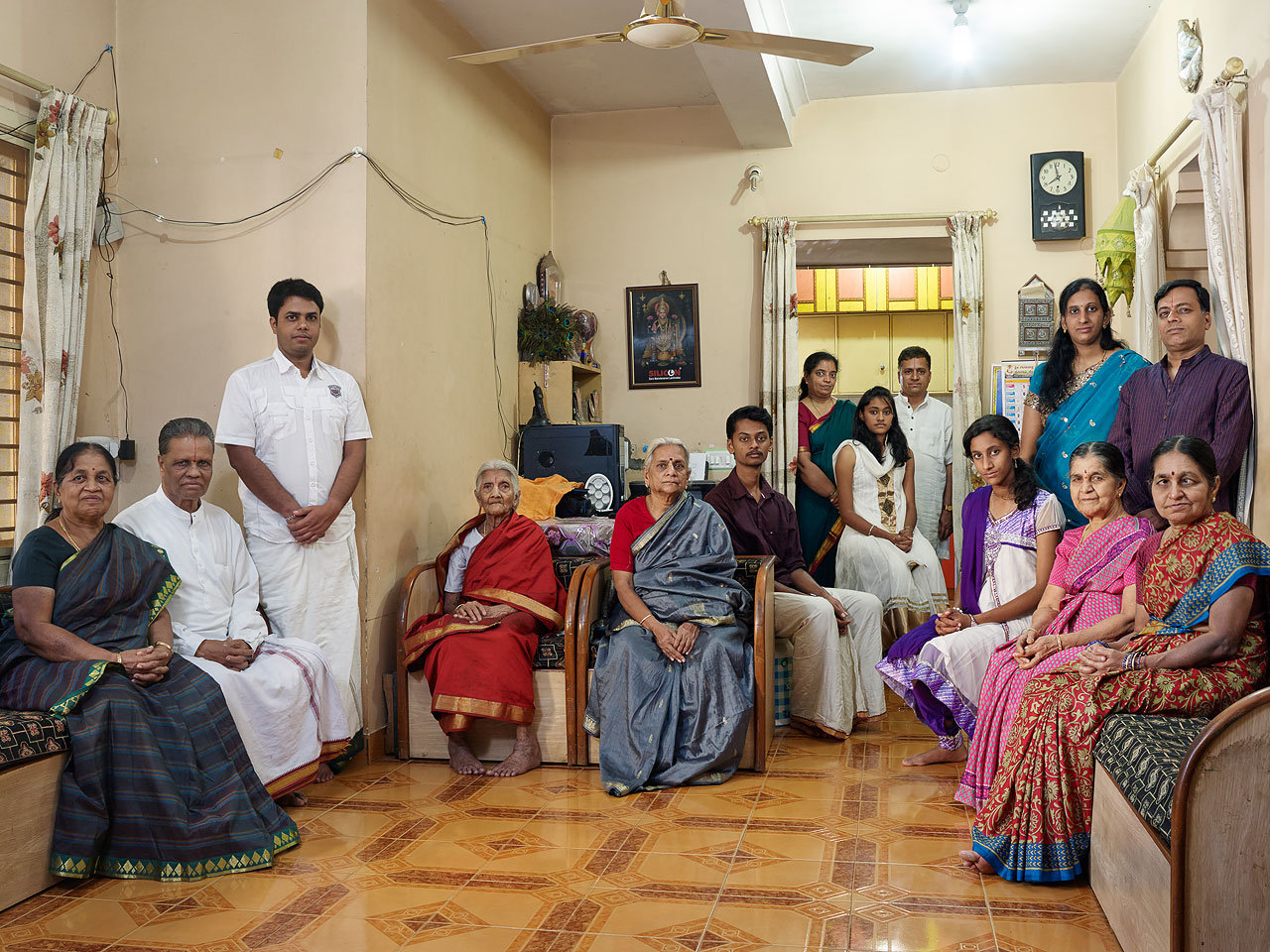 I approached the families through different strategies.

Luckily several newspapers in Bangalore wrote articles about me and my project. In the article they mentioned my concept and added my email address, so the very next day, I received a lot of messages!

In Bangalore, people are still very proud of living together as a family, and wanted to take part in the project.

So I arranged appointments, went to different houses, took the portraits and had lovely dinners together with the families.

As I wanted to features families from different walks of life and social classes, I also decided to walk around and knock on the doors of small places and little houses (making sure to be accompanied by a translator!)

I’m really happy that this worked out because I think it’s really open-minded when people suddenly open the door for a foreigner with a camera from Germany.

Can you tell us why you chose to pose the families instead of taking candid pictures? What kind of story did you want to build? 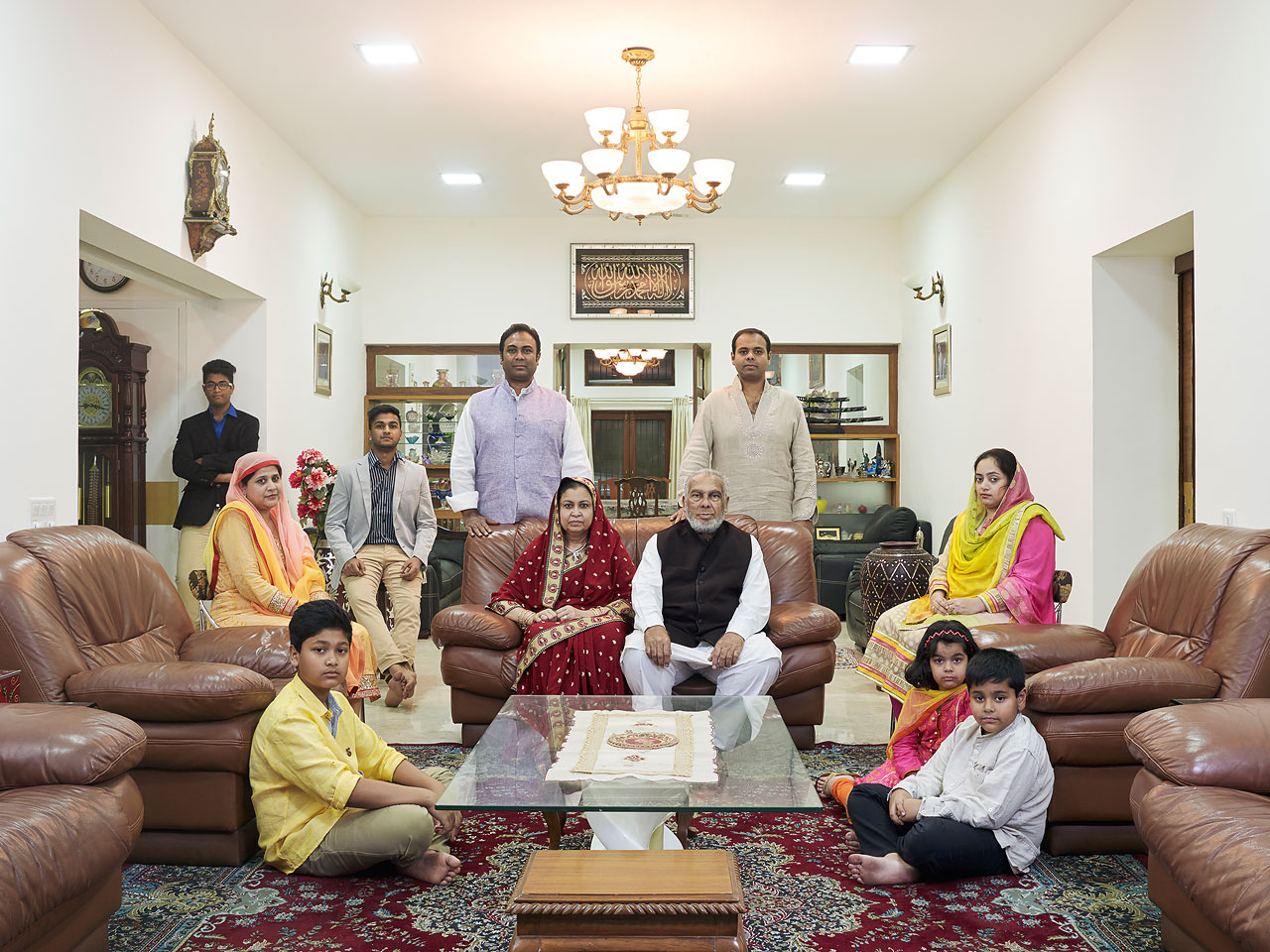 I’m very interested in staged photography because of the influence you can create in a picture and situation. I can increase my personal interpretation of the subject through staging.

In my last projects ‘Freezing Frames of Chala’, ‘Myanmars Driving Force’, and also ‘Heimat-Que Huong’, I tried to minimalize the gap between staging and the spontaneous moment. In other words, this means that the images are all staged but should look natural.

For the ‘Family Comes First’ project, I wanted to create a special moment, the kind you see in old family portraits. The families had to hold still for nearly a minute, which had a great effect on the expression in their faces. And, of course, I wanted to tell stories about the relationship between the family members in every image.

Was that anything that you observed about the relationships within the families that surprised you?

My findings about the relationships within the families were as diverse as the families were. What surprised me is that people really enjoyed staying together, even the younger members of the family.

They told me that for them its more important to live together with all family members than to have their individual space. In Europe, individuality, I would say, is one of the most important aspects in people’s lives. In India, it is mostly opposite.

Take a look at more of the families featured in the project on Nora’s website here as well as her other work.