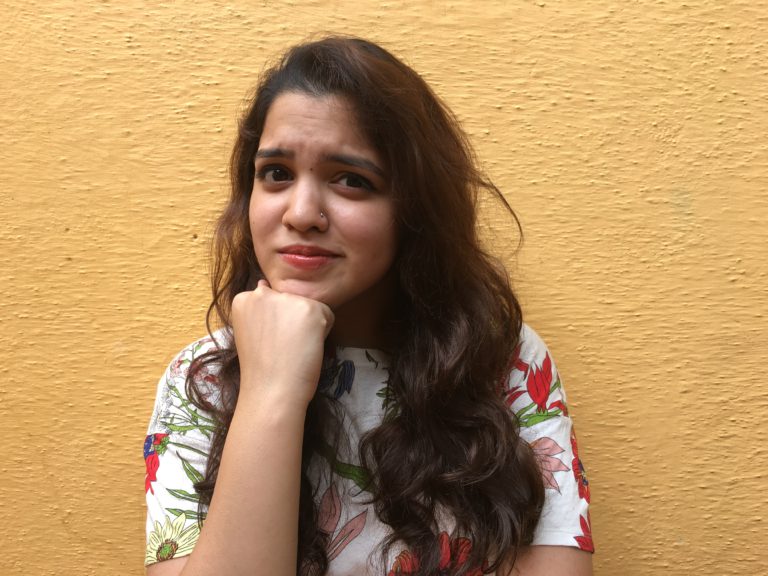 We are all aware of the popular Indian epic Mahabharata thanks to our childhood storybooks and prime-time soap operas that aired on TV during the 90’s. Till date, we remember the strong female characters in this epic such as Kunti, Gandhari and Draupadi. But what happens when you see these personalities in a modern day setting? That’s what Annushka Hardikar’s zine Oh Nari, So Sanskari is all about.

Not only is this illustration series beautiful, it also challenges pre-existing social stereotypes through its female protagonists. We got in touch with Annushka to know more about this zine and herself. Here’s what she said:

I was always creative as a child, and used to draw or do craft activities every chance I got! It was only in the 9th/10th grade when I started thinking about what I wanted to do after school that I decided to take it up as a career. Going to Srishti Institute of Art, Design and Technology in Bangalore exposed me to visual design, typography and the world of Illustration.

I also began taking up a freelance project in my first year, giving me the experience of working with clients and seeing real-life applications of what I was learning. I began realising I was very inclined towards telling stories through my work, exploring representation and relevance of various subjects in today’s day and age. I graduated recently and have since worked with an animation studio, a graphic design studio, as well as on some very exciting client projects. So I’d say it’s been pretty good so far!

2)How did you come up with the idea for the zine? Why did you name the zine “Oh Nari So Sanskari”?

The zine essentially came out of the need for better and more relevant representation of women in the stories we tell. Since the Mahabharata is an epic that has been carried through generations, I realised how important it is for it to remain relatable to the people it is told to. Indian women in today’s day and age are far more aware, decisive, bold and opinionated than they are shown to be in these stories. Hence on re-visiting the stories from the epic, I realised that there could have been hidden perspectives or untold twists when it came to the female characters.

The name ‘Oh Nari, So Sanskari!’ came very organically, I thought it would be an interesting wordplay as the term ‘sanskari’ held so much value in Indian culture. The name also hints at the fact that the zine although primarily written in English contains many vernacular and cultural references.

(Read about another inspiring zine by clicking here).

3)Why did you prefer giving the characters in your zine a retro makeover?

For the ‘millennial’ generation of today, which was my target audience, to be able to connect to the stories from the Mahabharata, they needed to be re-told in a way that highlighted existing stereotypes and scenarios and the deeply orthodox cultural undertones which are still prevalent in our society yet never been addressed.

Being an Indian woman myself, there was a pressing need for accurate representation of the characters as aware, vocal, and opinionated. I wanted Indian women today to be left questioning the roles and expectations of our culturally rooted society.

The reason for sticking to Kunti, Gandhari and Draupadi’s stories was that they shared an interesting dynamic and were also instrumental in many of the decisions which could change the course of the story. I thought it would be interesting to explore three characters of different generations, backgrounds and diverse personalities.

Each was largely inspired by women and public figures whom I have interacted with personally as well as in the media, politics, etc. The issues they spoke about had relevance to their stories in the epic, the only difference was that they were placed in today’s day and age. For example, Kunti spoke about virginity, Gandhari about living in a world dominated by men and Draupadi about the perils of being married to five men.

5)Have you thought about featuring other female characters from Puranas apart from just showcasing the strong women in Mahabharata?

I have definitely considered exploring characters from the other epics and stories in Indian mythology and perhaps look at doing a series of these zines with a different story at the forefront. I am still building on the idea, perhaps it can be a long-term project. You’ll have to wait and see!

6)We couldn’t help but notice that most of your pieces have a humorous tone, how do you combine art with humor?

I enjoy interacting with art and illustration that has a humorous undertone. Many of the New Yorker comics are for an instance great examples of expressing a simple concept in a subtle yet effective manner.

I suppose it is not something that I worry too much about, most of my work is based on how I look at everyday situations, spaces and behaviours. The humour probably comes from the 4-yr old in my head making observations and cooking up stories about everything I see!

7)How much time does it take for you to conceptualise a theme till the final illustration?

Aaaaaand we are exhibition ready ☺️ Everyone in Bangalore do come to see my graduation project along with work by some brilliant artists and designers. From the 17th till the 20th of July, King's Court at Palace Grounds ☺️🌸

It depends on every artwork. If it’s a commissioned piece or project for a client it entirely depends on their timeline, the subject, where it will be placed, what kind of medium is preferred as well as the amount of detail in the artwork. Since I know I am pretty quick at execution I like to spend longer on the concept and basic layout before getting down to creating the final piece.

For my personal work such as work in my sketchbook, I usually spend 30 minutes to an hour. It’s also based on my mood and how much coffee I have consumed!

8)What other projects are you involved as of now?

I am currently working on some self-projects, one exploring Typography, in another, I am juggling a couple of picture book concepts. I’m taking my time figuring out what work I want to do and I’m excited to see how it all materialises.

With a strong message, this zine can change your perspectives towards the female Mahabharata characters. Why not give it a glance? Let us know which image is your favorite in the comment section. Also, check out more of Annushka Hardikar’s work on Instagram and her website. 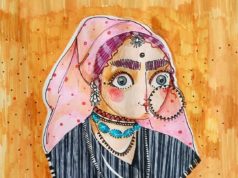 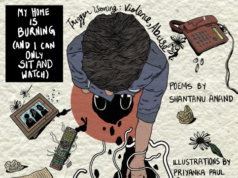 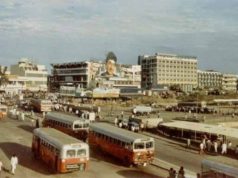 This online community is driving us down Bangalore’s memory lane