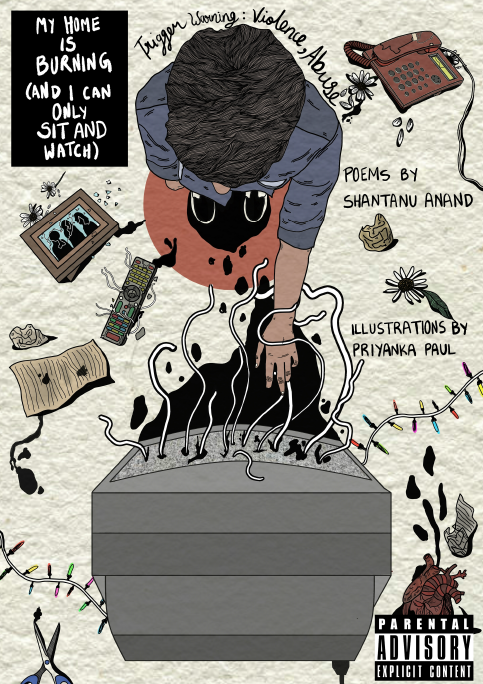 An individual is made up of a number of identities. Some that one inherits, some that one adopts. But how conscious are we of the traits that we absorb into our personality? How often do we think before labelling people? Before labelling ourselves?

Shantanu Anand, co-founder of Airplane Poetry Movement and a spoken word poet, recently released ‘My Home Is Burning (And I Can Only Sit And Watch)’ a collection of 16 poems in the form of a chapbook. These poems are about strength and weakness, fear and courage, masculinity and violence. More importantly, they question how our circumstances, emotions and peers dictate how gendered labels are used as a part of our everyday language.

We spoke to him about what went on behind his chapbook and gained some unique insights on some of his poems.

Why did you decide to call ‘My Home Is Burning (And I Can Only Sit And Watch)’ a chapbook?

Technically chapbooks are like collections of poems. You know, it’s not a formal book. I wouldn’t go so far as to call the collection of mine a manuscript book because there’s not enough content.

Did you have any overarching theme across the book?

It’s a story, the chapbook is a story of a person grappling with who they are, what  they do, where they stand, and where they fit in.

So, it’s just a lot of questions of identity. I just wanted to tell the truth about what I saw around me. That was the decision I took. And this is the book that came out.

It’s definitely about me as well. It’s about what I’m seeing around me, it’s also something inside and me questioning my decisions and my actions within the context of the world that I live.

In your book, you have multiple parts of poems like Mr. Masculinity and Feminazi. What are they about essentially? 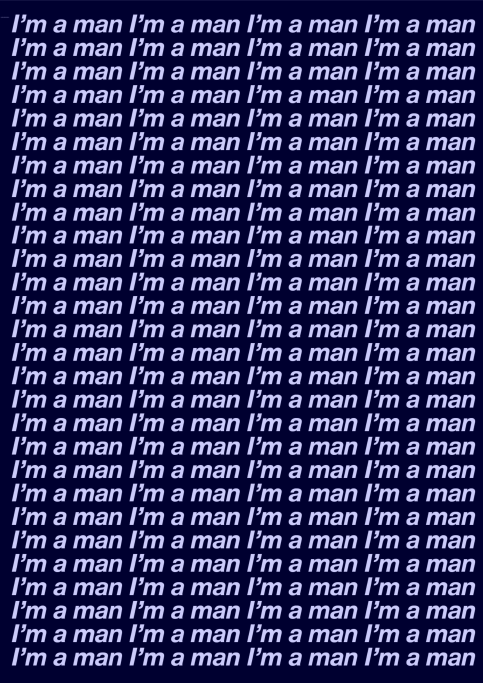 Mr. Masculinity parts 1, 2 and 3 and Feminazi parts 1 and 2 are actually linked together. Those 5 could almost form a collection of their own.

Mr. Masculinity part 1 is about indoctrination. The subtle messages that boys like me are sent in so many different ways, which is sad.

Masculinity is so strongly linked with aggression and violence. A man who is incapable of aggression is not seen as being masculine. When people say masculinity and aggression aren’t linked, I feel sure except if you take away aggression from a man then he’s not seen as masculine anymore which means that they’re too closely linked to each other and that’s something that we all sweep under the carpet .

I mean we do talk about it but in very cliched ways and those “boys don’t cry” way but we don’t talk about the consequences of that which is bullying, which is harassment.

I’m not talking about just bullying like boys on girls. I’m talking about not just across gender but those about boys on boys. There’s so much pressure on men to be masculine and, by that connection, to be aggressive as well.

The rest of the poems flow from that because Feminazi part 1 is actually a direct consequence of that indoctrination. The desire to control women. The first place you want to take your aggression out on is a woman because men are taught to be aggressive. When you equate masculinity with aggression, you then take your aggression out on feminine people. So whether it’s a boy you don’t consider masculine or it is any woman in the world. You can’t take it out on other masculine people because they’re part of your team.

It’s just a story about a person who has been shut off and I know so many people who are afraid to speak not just on social media but in actual conversations as well as people who go through anxiety and feel anxious if they say anything. It is about violence in our communication making it a scary thought for someone to speak out. Words and ideas that we use are violent. It shuts people up.

Feminazi ends with the narrator wanting women to shut up. I see that in so many conversations. Men get angry when they see a woman express herself. The most recent target of that being Serena Williams.

Mr. Masculinity part 2 is an outburst. It’s a stream of consciousness. The narrator is trying to convince himself that all this aggression and dominance and everything is good for him but, it’s not making him feel good. That’s the bottom line of the poem.

And then, Mr.  Masculinity part 3 is actually the most important poem in the book, in my opinion. It’s the part where I accept that Mr Masculinity is not the outsider who is speaking to me. He was me all along. I’m not innocent in that story. And that’s why the poem that follows it is about how can you sort of continue to be yourself by cutting out the parts of you that you are not proud of and in doing that actively changing who you are as a person.

A lot of people don’t really think consciously while adopting a certain identity. Their end goal is to fit in to a group or an institution or just to be liked by someone. Don’t you feel it is reckless on their part?

If the concept of driving licenses didn’t exist, no one would think that it’s necessary to get one. That is why a conversation is important when people are talking about masculinity and femininity. If a guy has an instinct to bully another guy because the other guy is more feminine, he has no vocabulary for discussing these things.