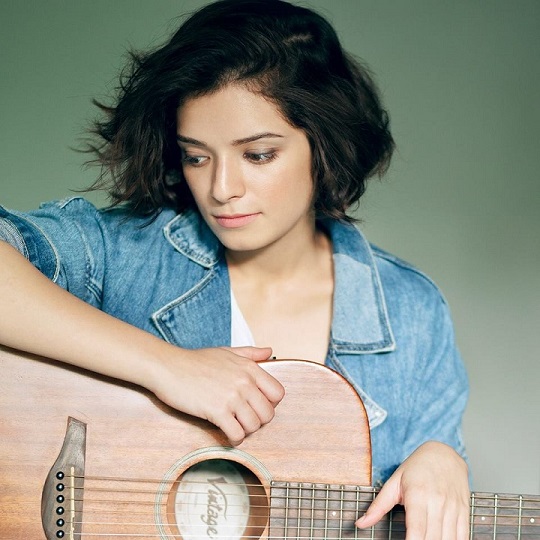 If you’ve never heard of Maalavika Manoj, that’s about to change.

This singer-songwriter who goes by the moniker Mali, recently released her EP ‘Rush’ and her journey to this point is already impressive.

She’s worked with industry heavy-weights including AR Rahman and Dualist Inquiry and performed around the country and even in a restaurant in Bangkok, which shows not only in her honest, poignant and multi-influenced sound, but also her bohemian style.

In this candid interview, she tells us about her journey as a musician and about the music and people who inspire her:

Did you always know that you wanted to be a musician? Or was it something you were drawn to gradually?

Music has always been a part of my life. It was a hobby for the longest time but in time it became something I saw myself doing as a career.

And did your family play a part in your journey towards becoming a musician?

Yes, my family loves music and they’re the ones who enrolled me for piano lessons when I was a kid.

Their musical tastes have also influenced my musical style. Weirdly enough, I grew up listening to a mish-mash of different genres: a lot of early electronic dance music, thanks to my father, and a lot of retro pop – The Eagles, ABBA, The Carpenters, Chicago, Savage Garden, a lot of Now That’s What I Call Music cassettes from the 90s – thanks to my mom. Plus my grandpa really loved jazz and introduced me to it when I was a teenager. I guess all of them find a small place in my music.

Your performance on the Kappa TV show ‘Music Mojo’ helped to introduce your music to a large audience spread across India and the Middle East. Can you tell us a bit about the experience?

When they called me and my former band down to perform, we were really excited about it. Unfortunately on the journey there I was extremely ill and really pushed myself physically to get through the shoot. I’m surprised the footage and songs came out as well as they did.

How do these personal experiences shape the songs you write?

All my songs are about my experiences. Sometimes I like to write from the point of view of someone I know. It makes it interesting to put yourself in someone else’s shoes and visualize the world.

And are there any Indian or international artists who influence your style?

I’ve gone through many phases in my life with regard to what genres I listen to. My influences range from 80’s new wave on one extreme to country rock on the other and everything in between. Some of my favorite artists are:

And a little bit of a lot of others…

If you had to pick one favorite song amongst the ones you composed, which would it be?

It’s difficult to pick just one song. I’ve chosen select songs for the EP and I’m quite proud of each of them in their own way.

But at this point, the song I relate to the best is ‘Sooner or Later’. It’s about looking on the bright side of something sad.

I also love how ‘Rush’ sounds. I think it has the potential to be the best song on the EP.

What plans do you have for the future?

I see myself travelling a lot more for music this year onwards. I would love to take my music to the world and travelling is the best way!

Listen to the rest of Mali’s EP here and follow her on Facebook for more information on new music, videos and gigs.