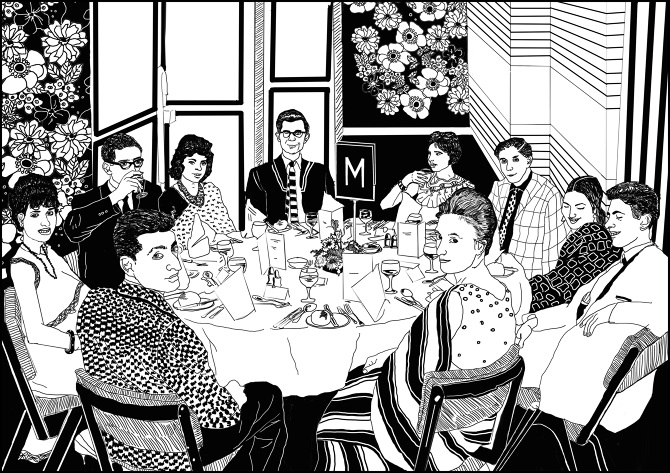 Isobel Mehta’s ‘Narrative’ began with a story shared over a cup of tea with her grandfather. Revisiting 1962, he told his granddaughter of his journey emigrating from Mumbai to foreign London, and of the following years, marrying her grandmother at the Zoroastrian Association in London, and making their home in Hertfordshire.

Isobel’s work, part memoir, part history, is a retelling of stories within his story; in the illustrations of a dinner party, an empty office, Heathrow airport, happy times and other more ordinary moments of domestic life, the echoes of ties that bind continents, unknown struggles of adaptation, and the quiet warmth of community, linger and resonate years later.

‘Narrative’ is both a personal chronicle of family, as well as a larger portrait of migrant life and identity, an awareness of the powerful tug-of-war between self-redefinition and alterity.

Tell us a little about you and your family

I grew up in South West London with my younger brother and my cats. My mother is English and my father was born into a Parsi family. My paternal grandparents, my aunt and uncle and cousins all lived very close by so we would see each other a lot. When we spend time together, we usually make or go out for dinner or meet up for a quick coffee. Recently, my father and my Grandfather and I have been meeting up to watch football together just the three of us. This is really great because although neither of them have an allegiance to a team, they’ll always support my team when they play.

At what time and for what reasons did they move to the UK?

My grandparents on my father’s side spent the first thirty years of their lives in Mumbai. They were both raised as Zoroastrians in a gated off community in the city. Around 1962 my Grandpa quit his office job and moved to the London. My Grandma followed a few months later, once my Grandpa had found a job. They married in London that same year. For my Grandpa, I think he was looking for a way out. He didn’t enjoy his job and he was living with friends and their families, not settling anywhere. His older brother had already emigrated to the UK and learning about his new life via post correspondence really inspired him to take the leap.

How do you think your family was changed by migration? What did it mean for the creation of an identity for all of you? What did they hold on to? 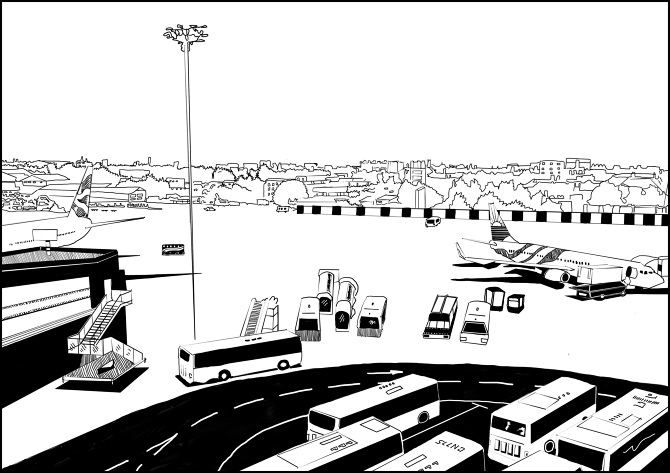 When they first arrived in London they were welcomed to the Zoroastrian Association in Kensington. This was opening up a fresh new social circle for them, although there were a few Parsi members of the association who they knew from back home.This was a meeting place, a place to celebrate their culture and Zoroastrianism.

But when my father was born in 1963, my grandparents decided to raise their family outside of the city and in 1964 they moved to Hertfordshire. This cut off all access to their religious group and for the sake of their family assimilating to the new area they decided to abandon their faith in order to immerse themselves in British culture. 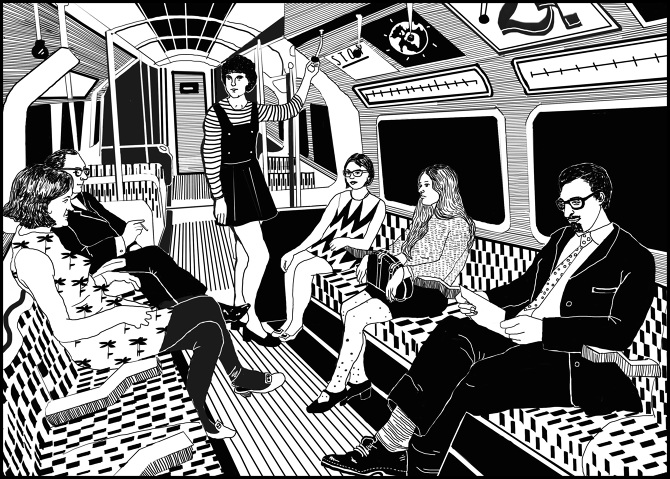 From what I’ve heard it was very isolating living in suburban England as an Indian family during the 1960s and 1970s.

In those days, with no internet and limited television channels, it was impossible for my father and my aunt to explore contemporary Indian culture and yet when trying to embrace the surrounding British culture they were seen as ‘other’.

My grandma now kept two religious texts; the Holy Bible and her Zoroastrian prayer book. Over time she said it was too difficult to understand (I think it was written in Farsi) and she stopped looking at it, it was untouched and collected dust.

How does your upbringing and heritage influence your work?

I think my upbringing influences my work more than my heritage does.

As a teenager in London I was given a lot of independence and I was young when I was exposed to a lot, especially with relationships.

This is something that influences my work, and I especially like to use narrative as a visual tool.

Can you tell us about the journey in creating this series on your family?

The journey started with a cup of tea with my Grandpa. He started from the very beginning and explained his childhood, his relationships with his parents and siblings, his dreams when he was younger. He showed me photographs and contact sheets and old negatives he’d kept, dating back 65+ years. Initially I thought this was going to become a purely found object/ photographic project, as I was so stunned by the beautiful pictures. 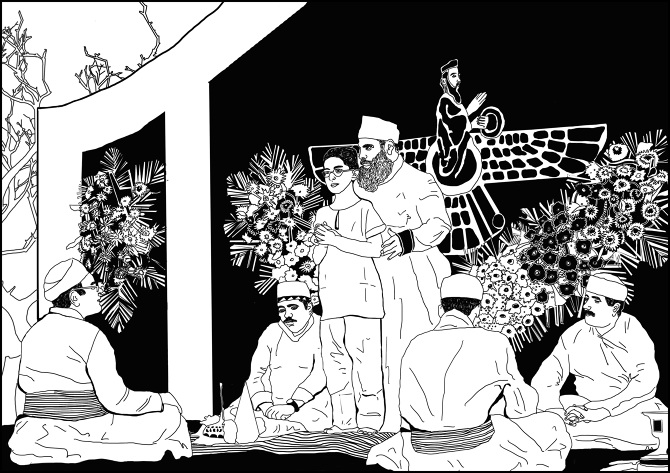 But then I realised, that a narrative was growing in my head and the easiest way to visualise his story was to draw it. To draw the prominent moments but also to draw the in-between moments, the ones that weren’t photographed all those years ago.

First, I wrote the timeline. And I picked out certain photographs that coincided with this. Then I drew directly from the photographs;

I like to draw from the same perspective as a camera lens because I think it gives a feeling of nostalgia.

I embellish each image with my own 1970’s inspired décor; floral curtains, stripy outfits.

I was planning to add speech, and for the project to take the form of a comic. But then this did not allow for the detail that I ended up adding to every single image. The process of drawing; adding and removing negative space. Embellishing facial hair, collaging photographs to create compositions, this is what lead the project.

What’s the overall narrative you looked to establish in making these? 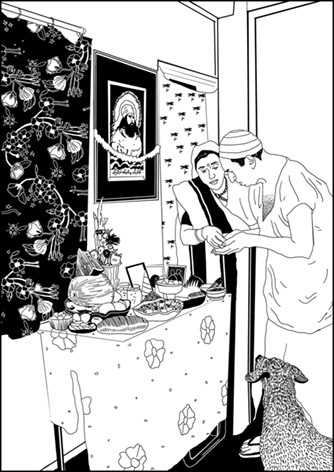 It’s a pretty direct family portrait. Each drawing directly corresponds with my family photographs. This is the only time I’ve ever made a project that is so biographical.

Do you have a piece that you feel most closely connected to?

I think I feel most closely connected to the Dinner scene. This was actually the first one I drew in the series. This was one of my first experiences drawing on Photoshop and I did the entire thing in just 1 layer (which is quite panic inducing to think about). The image depicts my grandparent’s wedding party. The figures around the table are their friends from the Zoroastrian Association, apart from one brother, neither of their families attended the wedding. My Grandpa speaks very fondly of this day, and for that reason it is my favourite image.

What new projects are you working on, that we can look forward to?

I’m just finishing illustrating a book (it’s about football) that will be published in October. But in terms of my personal work, I plan to write and draw my first comic. I also want to take my craft away from the digital space and paint some big scenes on fabric.