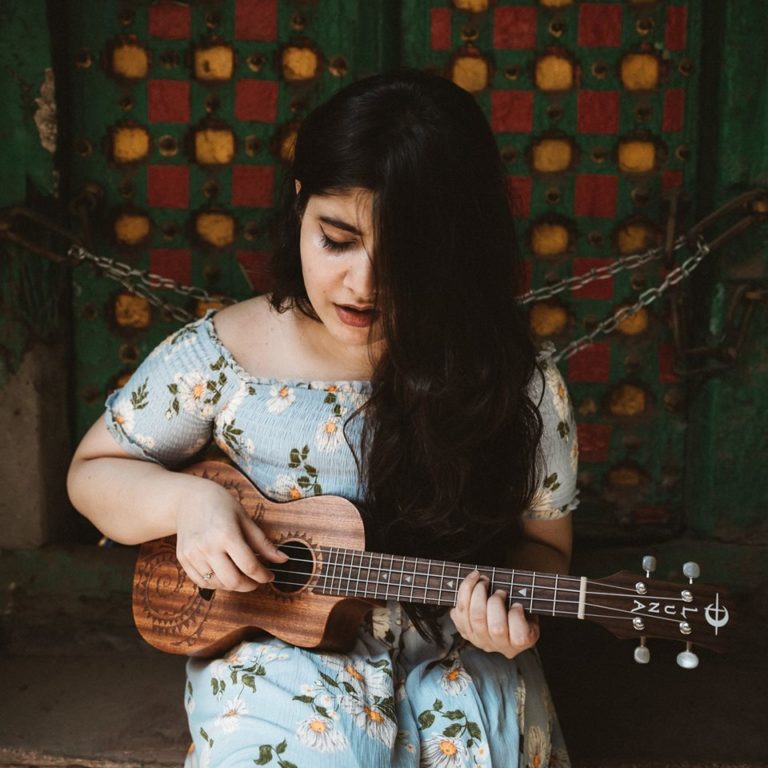 A self-proclaimed “shy kid” when she was younger, singer-songwriter Hanita Bhambri, at 23, has finally discovered the power of her voice. After a stint at brand management, a few years learning music and a bit of soul-searching, she decided she was ready to share her music with the world.

Fast forward a little and we’re here today, with Hanita’s new single ‘Let Me Go’ out on August 3, 2018. It was produced by Miti Adhikari, mastered by Christian Wright at Abbey Road studios, and created in collaboration with Delhi-based musicians Danik Ghosh(Bass), Anisha Uppal(Keys), Vignesh Iyer (Guitar) and Aditya Dutta(Drums). The single is part of an EP which will be released in the coming few months.

‘Let Me Go’, is simultaneously unassuming and captivating, vulnerable and in control, embodying her escape from everything she’s not and her angst of not being true to herself. It has a deliberate slowness, the melody building in waves of intensity, controlled by a raw, poignant, powerful voice.

Like her other emotive, confessional songs such as ‘be patient and be complacent’, it’s influenced, and evocative of Damien Rice, Ben Howard, with a hint of Florence & The Machine. And it is the perfect companion for a quiet drive or an evening at home with a glass of wine or whiskey.

Hanita tells us a little more about herself, singing about love, identity and loneliness.

Tell us a little about yourself. When did you first know you wanted to become a musician?

I’m 23 years old. I’ve been writing songs since I was 11, before I could even sing. Singing became a way for me to express my real thoughts and emotions. It enabled me to have conversations with people that otherwise would’ve always been surface level.

The realisation dawned upon me when I was 15 and wrote a mail to Simone White telling her how much I connect with her song “bunny in a bunny suit”. To which she replied:

I listened to your cover of 9 crimes. Very powerful and beautiful. You have a lot of emotion and courage in your voice. You’re really good! Do you ever write songs? You have a sensitivity and poetry in your words, for instance (in your email your wrote) this: “I see these images running in my head. And I can’t seem to take notice when it ends or starts.” I think you should definitely start writing your own material. The sooner you begin, the more time you have to get good!

All I can say to you is keep writing! Doesn’t matter what they seem like to you. The more you do it the better you will get. Write everything down, later you might use it, or not. But the act of writing, it’s like a muscle you have to exercise. I’m talking to you but I’m also talking to myself.

This mail really pushed me into writing and daydreaming about becoming a musician someday.

Describe your music in 3 words

What do you find most inspires you to write a song? What has been the hardest thing to write and sing about?

I don’t think I seek inspiration anymore. I used to, at some point in time. Now, writing for me is just a way to share my experiences with people who might be going through similar things. I don’t think I have anything earth-shattering or life-changing to share.

At the same time, helping someone feel less alone is life-changing in my eyes. I write about love – all kinds – romantic, platonic, familial, self-love. One of my songs “Chasing you” was the hardest for me to write.

The hardest song for me to sing ever was “See you again”, about my 8 month puppy Tintin who passed away a little more than a month back. I performed it at Sofar Bangalore earlier this month. I broke down crying at the end of it, cause I was so overwhelmed. He was the greatest gift of my life and the deepest loss I’ve experienced.

What’s your favourite lyric from your songs?

It’s from an unreleased song called “Your name”:

“What if I told you, our choices mean more than what our fate can hand.”

Tell us a little about your single ‘Let Me Go’

I wrote this song when I was just 18 years old during my Vodafone internship, haha. The song means a lot more to me than the way I originally wrote it. We’re all pushed into doing things when our heart’s not in it; we’re forced to conform – to become like the aimless crowd around us. It’s something I’ve gone through all my life. It ties to escaping that. And at the same time escaping our own demons and things we hold against our own selves. It’s an angst, I feel, everyone can relate to.

The whole reason I wear my heart on my sleeve – deal with my insecurities, fear of vulnerability and at times risk judgment – is so it gives other people the permission to do the same. For them to feel that it’s okay to talk about these things, to tell someone else that you’re experiencing this pain. And for them to know that despite all that they’re going through and even though it doesn’t seem like it – it’s going to be okay. I want people to leave my shows with that connection and optimism.

In closing, if we asked you to tell me how you feel about music in one sentence, you would say…

Music, especially Damien Rice, has saved me so I feel thankful every day.