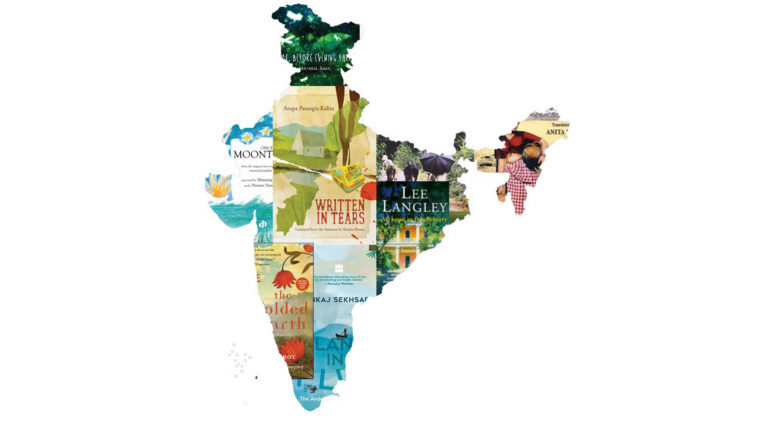 Set off on a journey around the literary landscape of the country through 33 books that bring the mountains, islands, cities, histories, folklore, and its people of the subcontinent to life.

From classic novels to contemporary accounts of modern-day India, these book are written with insight, and erudition and a healthy dose of humour, self-criticism and irony on the nation, who we think we are and who we might possibly be.

So, go on, curl up on a chair with one of these reads, for a little trip around India: 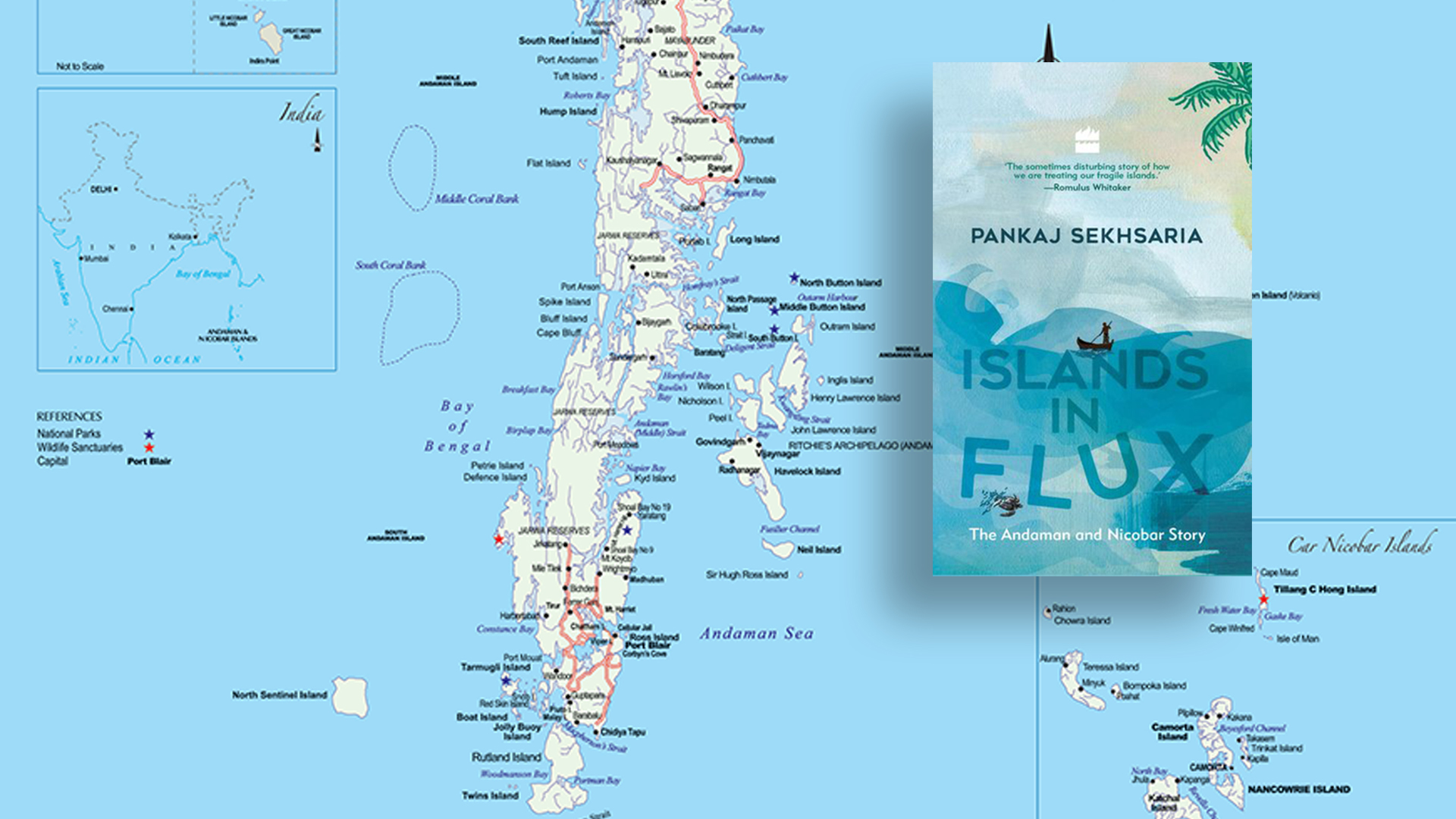 A compilation of insightful stories about the threat humans and their developmental policies pose to the unique flora and fauna of these island chains (such as the saltwater crocodile, and the giant leatherback turtle) as well as the indigenous, tribal population.

This book brings together Telugu short stories that gives readers an introspective look at a variety of issues, including, as the book bio says, “Dalitism, feminism, religious fanaticism, Naxalism, personal relationships and individual idiosyncrasies” set in Andhra Pradesh.

3) Arunachal Pradesh: Once Upon a Moontime by Mamang Dai

Dive deep into the collection of stories from Arunachal Pradesh that tells you about how the moon, land, rivers, and mountains came into being.

Stories about the conflict in Assam, from the Agitation of the 70s to the Bodo separatists causing unrest even today.

This set of  interlinked stories follows the literary ambition of Hriday Thakur from Patna, and are vignettes of his life, friends, and forays into the world of publishing,

Singh presents an intriguing narrative of Maharaja Ranjit Singh, commonly known as the Lion of Punjab, through the eyes of a teenager named Hari, who believes he is a reincarnation of the maharaja.

7) Chattisgarh: Once it Flowers by Vinod Kumar Shukla

This dreamlike novel tells a poetic story about modern India, via a tale about the hardships faced by villagers on a daily basis, such as fighting for basic food or water. Here, the author explains, imagination gives people courage to fight reality.

8) Delhi: The Wildings by Nilanjana Roy 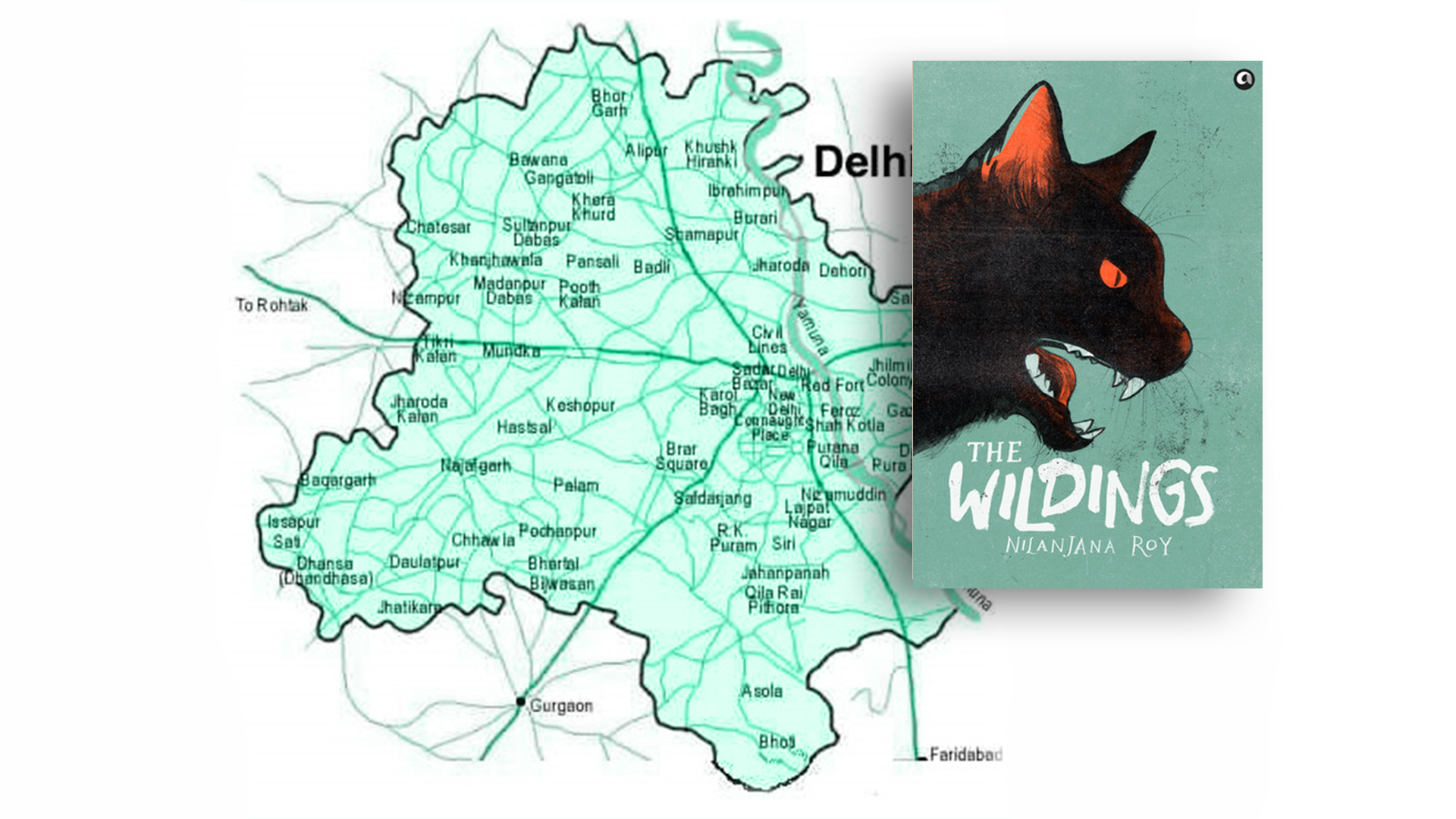 A thrilling story of the adventures of a small band of telepathic feral cats who live in Nizamuddin West, a Delhi colony, and battle a series of sinister threats.

9) Goa: Reflected in Water: Writings on Goa by Jerry Pinto

This collection of essays, poems, stories and extracts from works bring to life both the natural beauty and the changing socio-political ethos of India’s smallest state.

This 1,700-page masterpiece of Gujarati literature examines the nature of power, changing family structures and the role of religion and about love in society.

A powerful tale that takes us far into the Haryana Jatt culture, the Khap Panchayat, patriarchy and honour killing.

This is the story of a young Indian administrator who journeys from the North Indian plains to the farthest corners of the Indian Himalayas, and paints an evocative picture of  the rituals, rivers, mountains, and people of the valley. 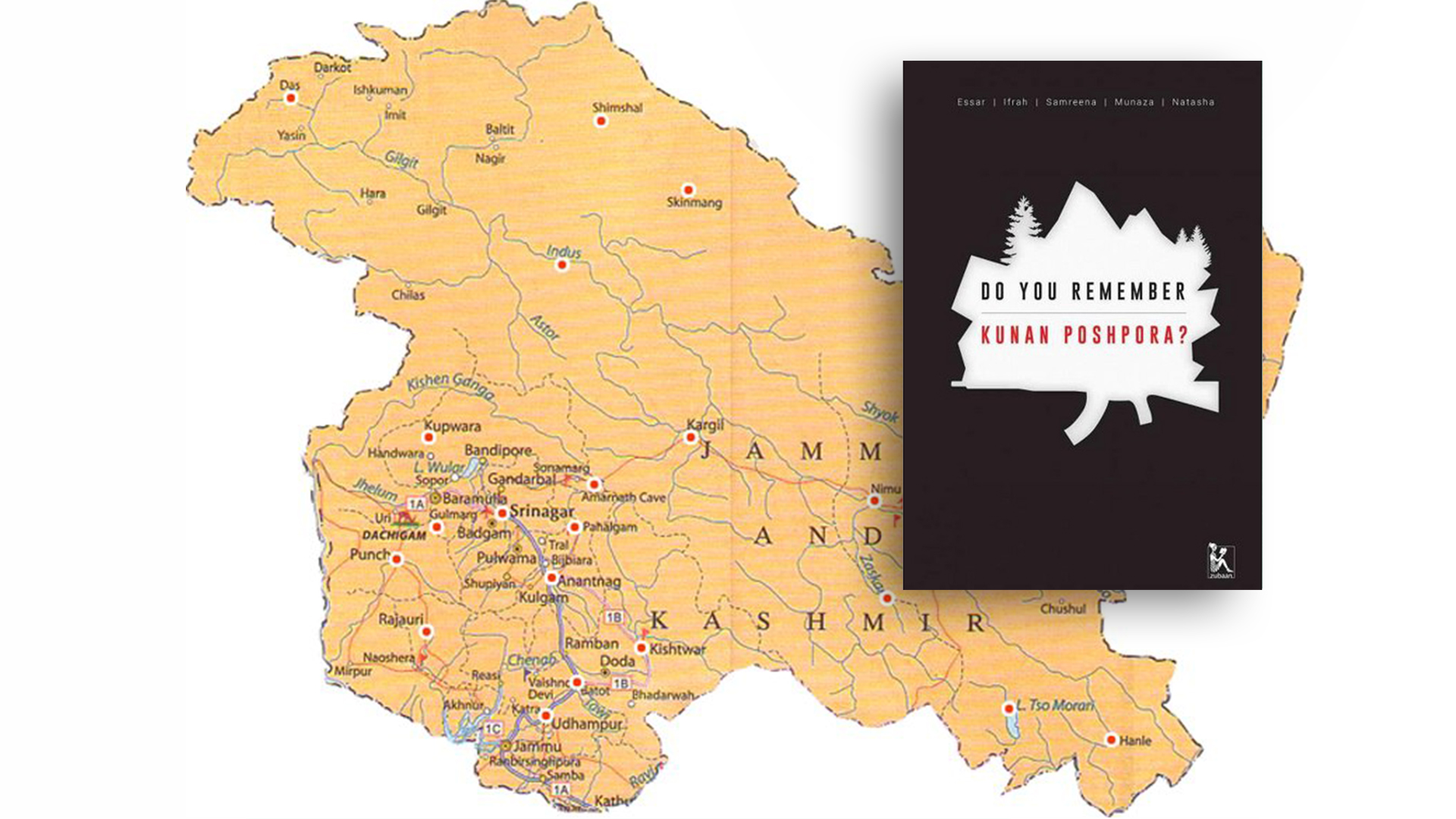 Five women in Kashmir recount the horrific mass rape carried out in the villages of Kunan and Poshpora in 1991 committed by the Indian Army as an effort to preserve the memory of injustice towards the survivors, and examine the state’s responsibility in the events.

The novel follows a brilliant but agnostic, young scientist haunted by psychic dreams on a mission to discover a rich source of energy. Along the way, it offers a look into the tribal world and life in Jharkhand, particularly the Munda world.

Vasudhendra’s collection of short stories about a man growing up as gay in small-town Karnataka is moving and poignant.

The story of the relationship between Karuthamma, the daughter of a Hindu fisherman, and Pareekutti, the son of a Muslim fish wholesaler also serves as a critique of traditional prejudices and the treatment of women’s sexuality and agency.

An engaging tale of scuba-diving, sharks, survival, sea turtles and sabotage, set in one of the most beautiful locales of India.

18) Madhya Pradesh: A Breath of Fresh Air by by Amulya Malladi

Set during the time of the Bhopal Gas Tragedy, this book explores the effect of this disaster on one woman, Anjali. It’s a book that intertwines fiction and reality, and is bound to pull on your heartstrings.

This Marathi novel, translated by Jerry Pinto, is about a gay brother and a rebellious sister who fall in love with the same man, a paying guest staying at their house, and the whiplash effect on the family, when he runs of with one of the siblings. It’s an intimate, moving, witty exploration of family, society, and sexuality and is a must-read.

Bhonsle,  a journalist, presents the troubled history of Manipur through a set of researched stories, including Irom Sharmila’s fast, as well as ordinary people through the state who have been victim to violence or despair or stood up to fight for peace and justice.

Tales of the British Raj, the World Wars and a lot more spanning a sweep of centuries from the mid-1800s to the present day, interwoven with fireside tales and age-old superstitions.

A collection of mythological tales and supernatural creatures that’s bound to prove an interesting read; there are stories about why hens have their legs bent backwards or why animals speak a different language than humans to name a few.

23) Nagaland: When the River Sleeps by Easterine Kire

Kire draws on her Naga roots to weave this story, both folktale and social commentary, about a Naga hunter on a quest to find a heart stone, which provides boundless powers.

24) Odisha: Chasing the Rainbow: Growing Up in an Indian Village by Manoj Das

Set in Sankhari, the author’s village in Orissa, the book recounts his childhood experiences and adventures, and is bound to make you feel nostalgic too. 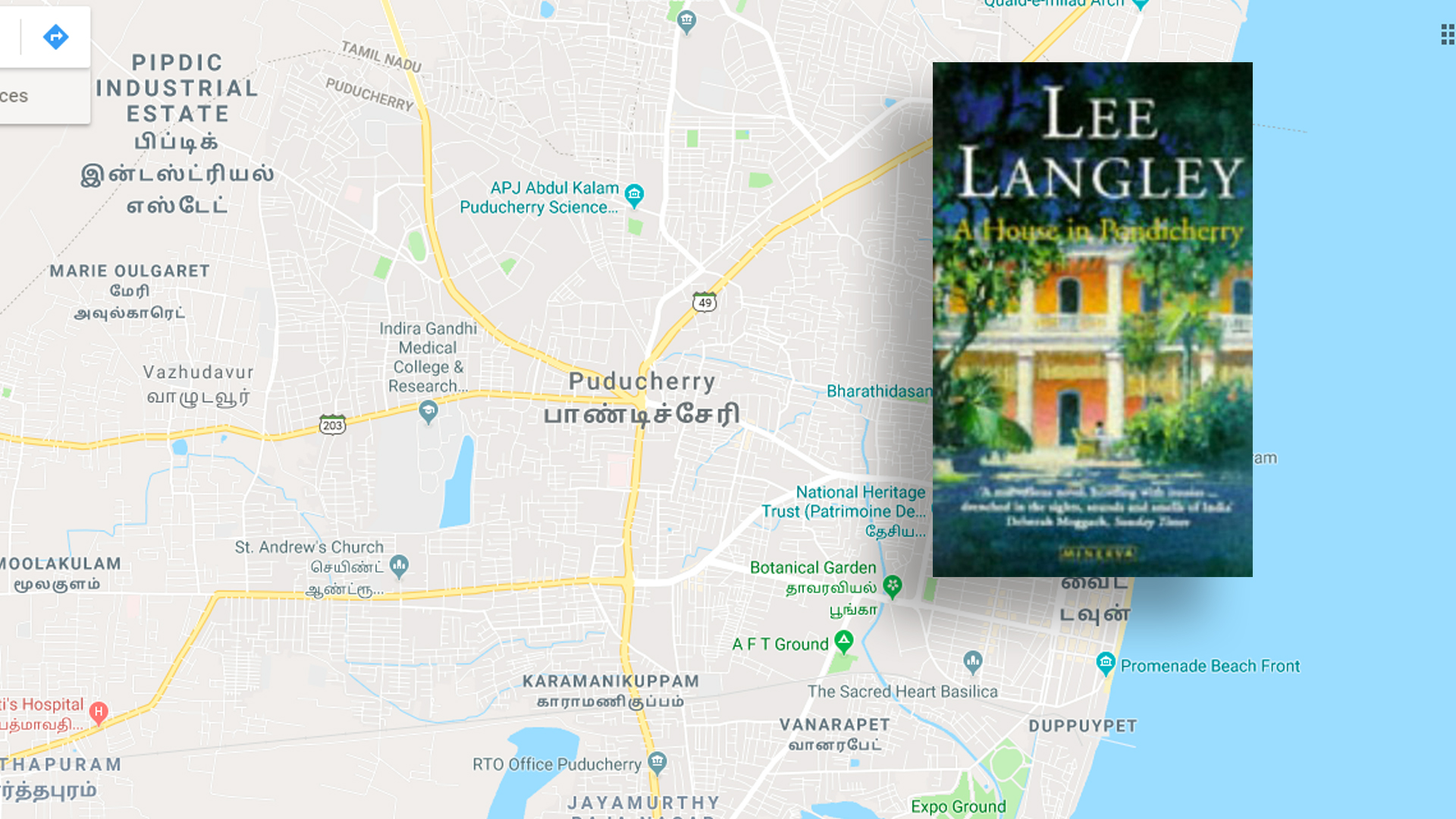 The book narrates the tale of a young French girl who meets a political agitator seeking sanctuary under the French flag in Pondicherry and offers an interesting perspective of a clash and blend of European and Indian points-of-views.

26) Punjab: I Shall Not Hear the Nightingale by Khushwant Singh

An ancient community tries to overthrow the yoke of a foreign rule in a state at the height of India’s freedom struggle. 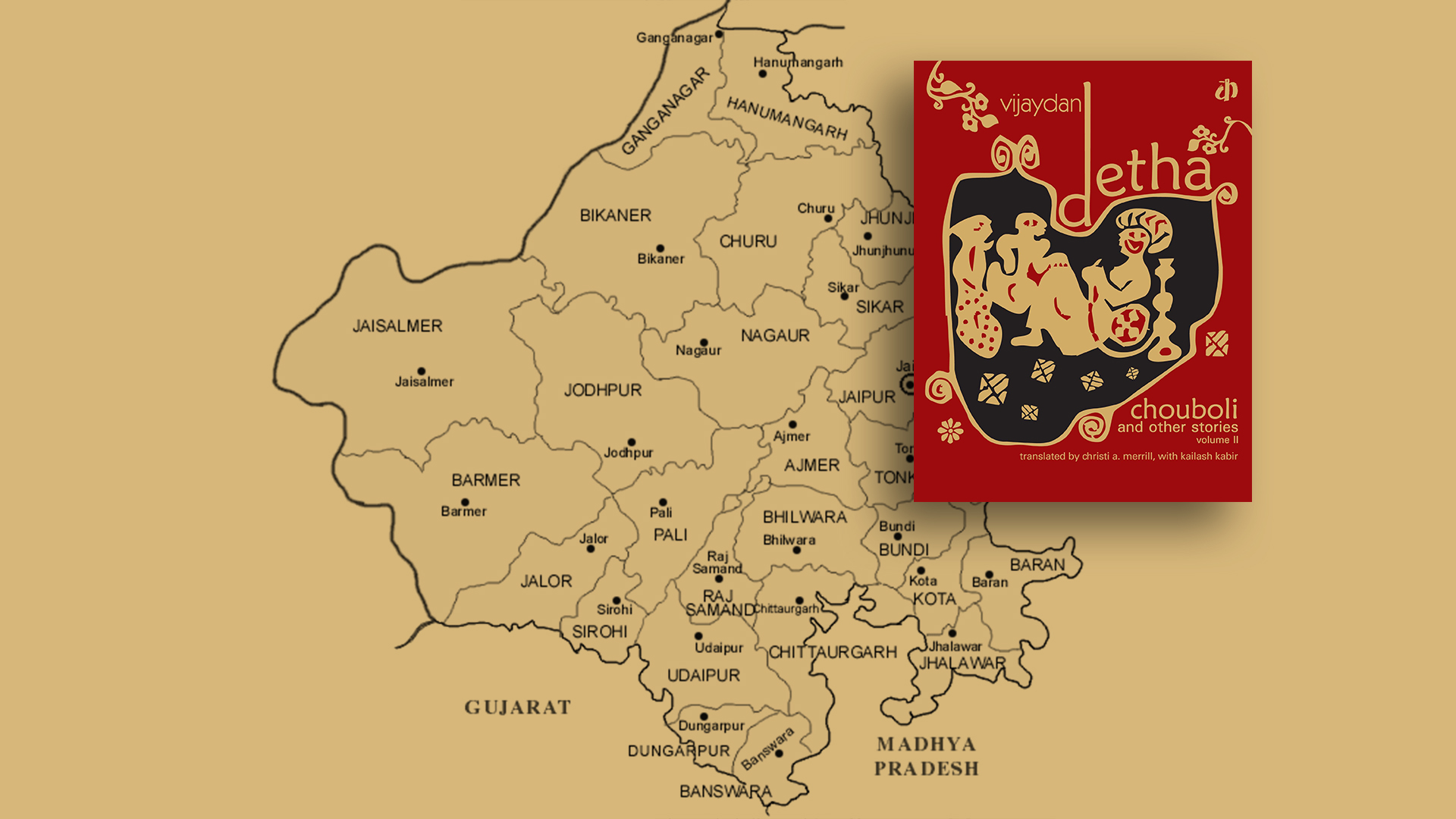 Folklore-based short stories, ranging from a benevolent ghost to battling merchants, told through crisp storytelling, will keep you engrossed.

This compilation of two novellas – An Open and Shut Case and The King’s Harvest – set in and around the state, offers a vivid, detailed look at historical and contemporary Sikkim.

An amusing yet touching story of a Tamilian couple who cannot conceive, and the extraordinary efforts they go to in order to have a baby is also an exploration of caste and tradition, family and happiness.

30) Telangana: A Shift in the Wind by Aminuddin Khan

Dr. Khan novel on life in 1950s and 60s Hyderabad is an engrossing read about growing up in the city, from the time of the Nizams, partition, and the bloody integration of the State.

Kafan (Shroud) is a story about Madhav and Ghisu, a father and son, who are low caste labourers in a village. But even though they’re poor, they’re too lazy to work, or even attempt to save the life of Madhav’s wife, who is about to die in childbirth. It’s an eye-opening depiction of the dehumanising effect of poverty. 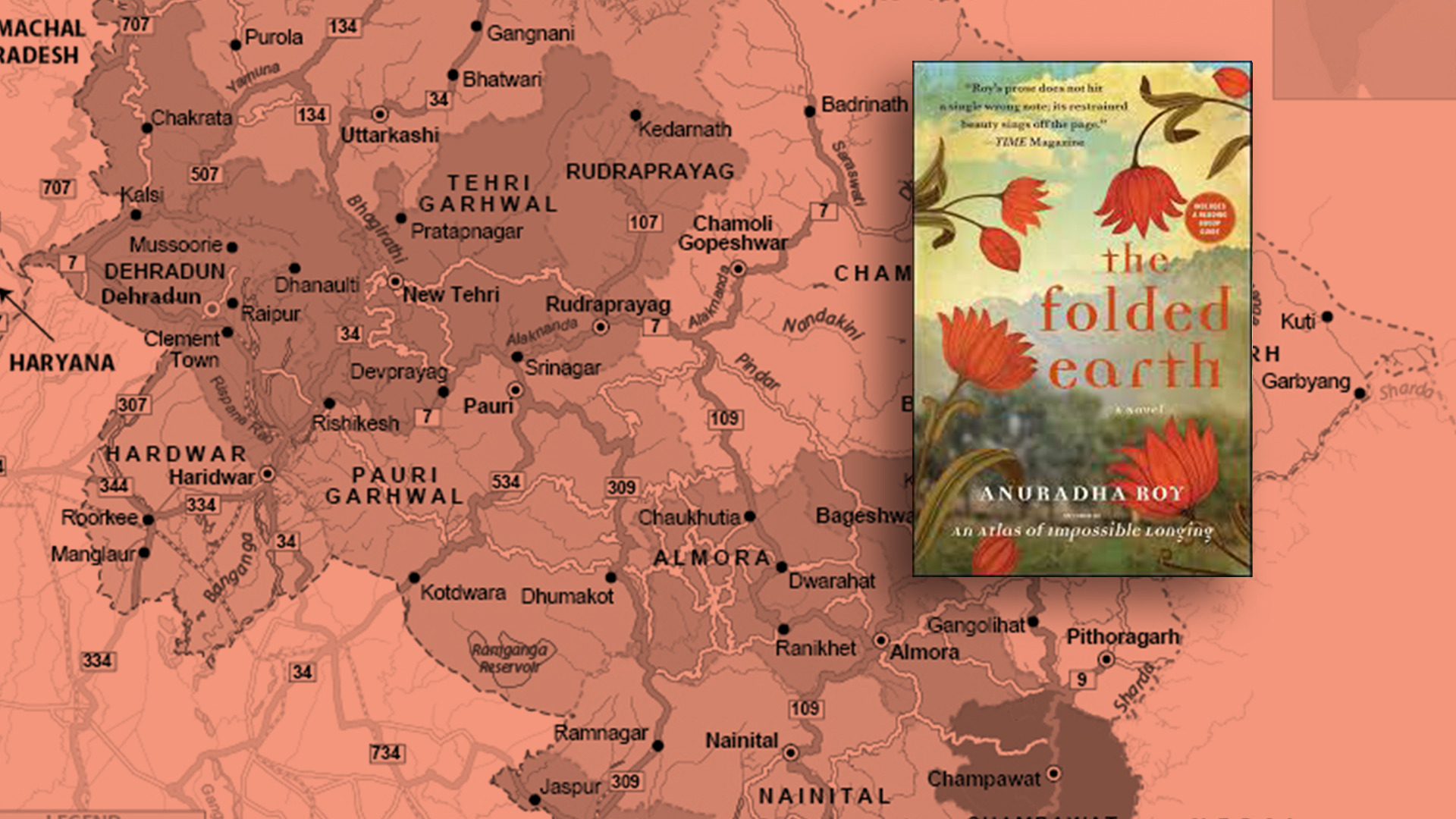 Through Maya’s story – a young woman disowned by her parents and widowed who seeks peace in the Himalayan hill town Ranikhet – Roy offers a powerful narrative about human nature and self-discovery, while paying tribute to the beauty of the region.

This is a powerful short story about the life of Sanichari, a poor low-caste woman, and through her, examines caste, class, gender and poverty in a strongly patriarchal society.

Did we miss out on your favourite book from a particular state or place in India? Let us know which ones we should add to this list in the comments below!