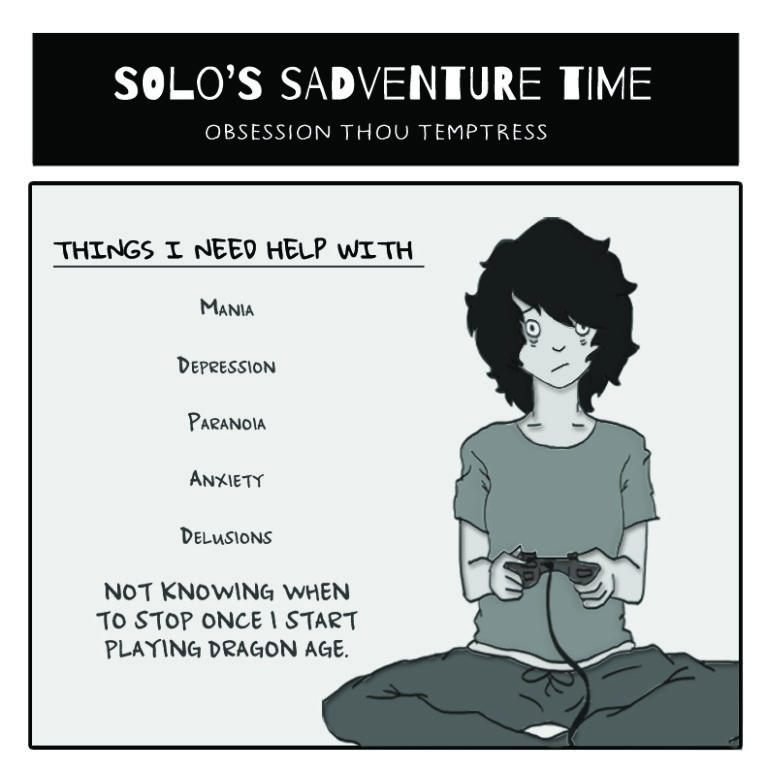 According to recent reports, nearly 10-20 million Indians suffer from severe mental disorders such as Borderline Personality Disorder (BPD), and yet India spends 0.06 per cent of its health budget on mental health care. The disorder, characterized by severe mood swings, is still largely misunderstood.

Like many who live with a mental illness, writer and cartoonist Sreejita ‘Solo’ Biswas knows what it feels like to want to address misconceptions and stigma. And through her new comic series, ‘Solos Sadventure Time’, she does exactly that. Through each comic, Solo shares snippets of her life with mental illness through darkly humorous illustrations that are relatable and authentic.

We spoke to her about what prompted her to start ‘Solos Sadventure Time’, and what to expect next in the series.

1) When did you start illustrating your thoughts and experiences with mental health and why?

My father and my grandmother passed away, one after the other. After their deaths, the rest of my family were extremely critical of my mother, who suffers from a mood disorder (she has experienced financial abuse, sexual abuse, rampant sexism and emotional trauma), threatening that she would be abandoned by everyone if she didn’t get a grip on things. More than heartbroken, I was really angry.

After this, along with PTSD, I had terrible bouts of BPD ups and downs which left me with very little control over words. As someone who was constantly creating new things, it was a very frustrating time for me.

Then, my housemate (an artist who also suffers from BPD) told me to put my Wacom to use and start drawing. What started as random fanart pieces soon developed into funnies dealing with homophobia, sexism and eventually, mental health.

This turned out to be a release for my pent up emotions, but also was a way for me to reach people terrified of admitting they need help because of the label and stigma that comes with mental illness. The least I could do was use my art to let people feel a little less threatened by it and help people suffering from it.

2) Does drawing give you a sense of release/catharsis?

It is easier to control than words, so in a way it does. The more rewarding thing about drawing is the immediate sense of gratification when you see things suddenly come to life on what was a blank screen/piece of paper just a little while ago.

3) Tell us a little more about the BPD comic series

It’s about a woman called Solo and her everyday Sadventures given that she suffers from Borderline Personality Disorder.

For the uninitiated, BPD is a personality disorder that is characterised by uncontrollable rage, impulsive risk taking behaviour, paranoia, the fear of being abandoned, not understanding the thin line between reality and delusions and being a defeatist.

When left to deal with all of this on a daily basis, for every single day of your life, you begin to tackle it with a sense of humour. Each day flings a whole new adventure at you and it is up to you to beat the levels.

4) Yes, your illustrations do confront mental health very honestly but also humorously. Did you deliberately choose this approach? 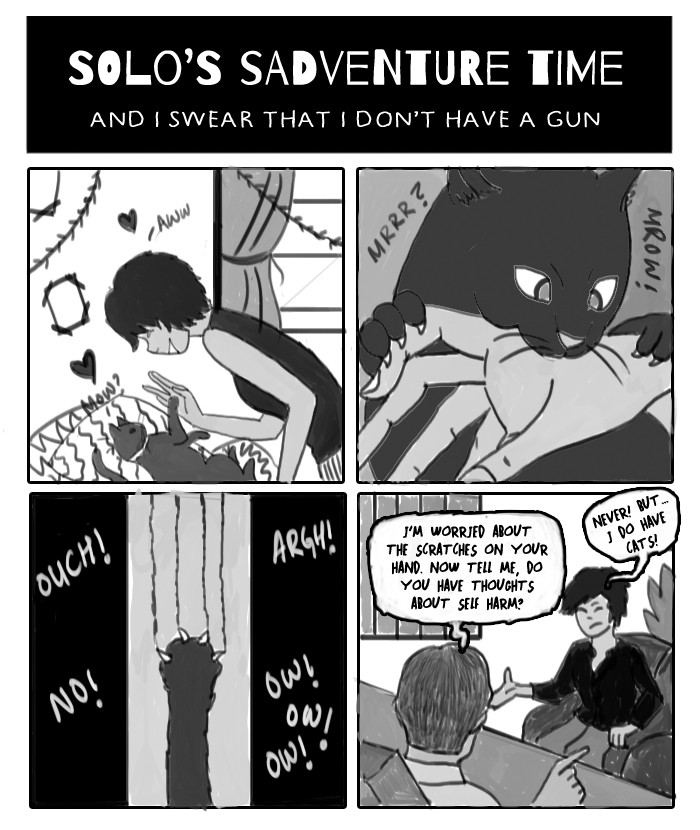 Many of my family members suffer from mood and anxiety disorders, and we’ve often been accused and shamed for being freaks and weirdos. Let me give you an example: a cousin of mine was asked to drink more water just because she dared to mention feeling depressed at 16. Plus, the number of friends, lovers and family members who abandon those who are mentally ill is not funny.

But, amidst this grim reality, we learned to laugh at being ridiculously different, and to embrace the beauty of absurdity, the power of imagination and the freedom that comes with it. And it was this ability to laugh that helped us to make friends, find love and make relationships meaningful. So when it was time for me to illustrate my Sadventures, humour came very naturally to me.

Also, a wise man once said, “Always look on the bright side of life.”

5) What can we expect from the BPD series next? 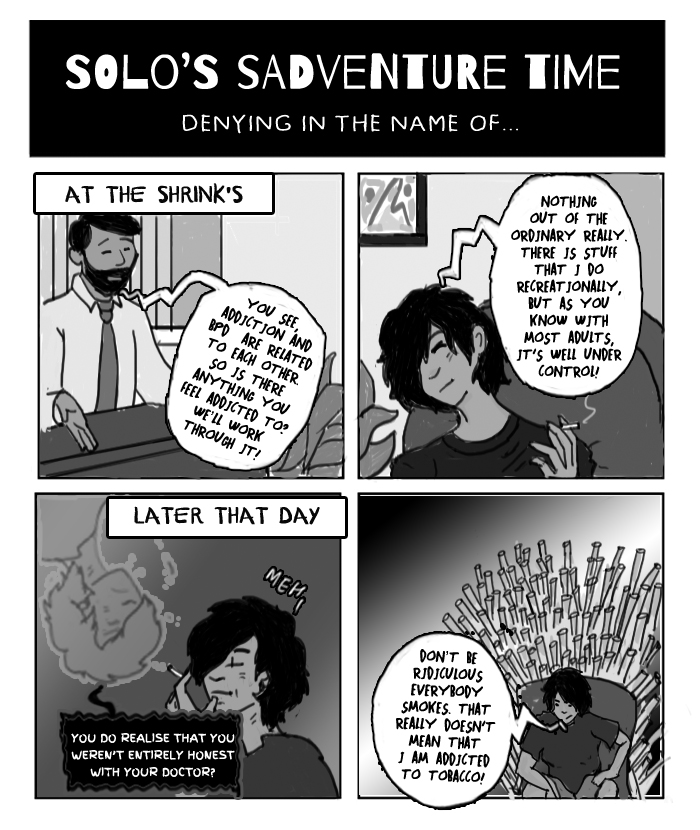 More funnies definitely, but I am also working on illustrating some of the very real but very invisible problems that I go through.

For instance, when someone with BPD has a meltdown, people are quick to write it off as a tantrum. Tantrums are essentially a tactic, a power play more than anything. Now, while a BPD meltdown is characterised by anger, sadness, screaming, shouting and sometimes violence, it is anything but a power play tactic. It’s an emotional breakdown, caused when a BPD survivor are triggered by something and cannot physically or emotionally cope with it.

When people dismiss this as a temper tantrum, they are not only belittling actual fears and trauma, they are also ignoring the fact that someone or something caused the meltdown. And yes, it also makes those with BPD believe that a mood disorder isn’t a “real” illness.

It is very, very important to talk about mental illness as that is the only way we can really spread awareness.

6) What are some things people should know about those suffering from BPD?

To check out more of Solo’s BPD comics, visit The Health Collective , an online platform that aims to educate people about mental health, and follow her on Instagram for more art.