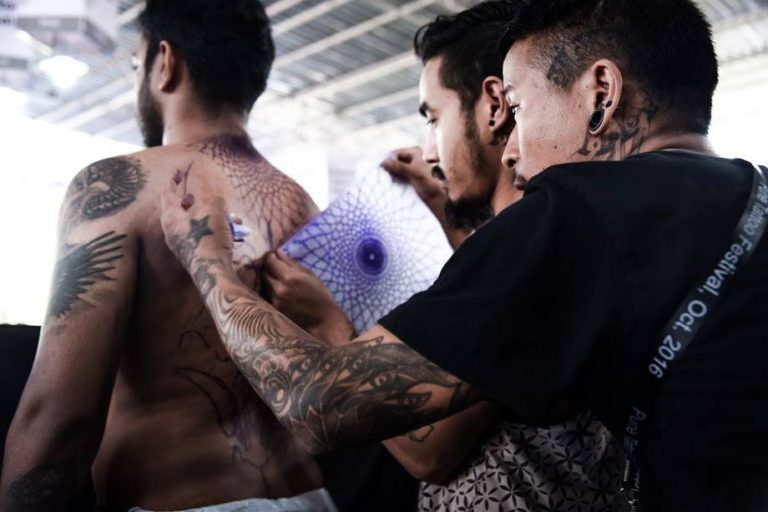 Two decades ago, tattoos used to be taboo in India. A decade ago, they became trendy. Today, there’s no denying that tattoos have become commonplace.

There are plenty of tattoo parlours in cities all around the country run by talented and trusted artistes, and the continual interest in expressing personal stories through body art has even culminated in tattoo festivals.

We spoke to Ronak Patel, founder of InkSoul Tattoo Festival and owner of Kings Tattoo Supply to ask him about tattoo culture in India and if tattoo festivals are here to stay.

1) Tattoos used to be taboo in India but now tattoo festivals are all the rage. What do you think has spurred this shift?

I think that acceptance is now much greater than before – for those wanting to get inked and for artistes as well.

For example, when I started my tattoo business in 2011, my family didn’t accept my profession. I had to leave my family to follow my passion for tattoos but now the tables have turned as the tattooing business has become profitable. One can have financial stability in this field now.

2) Tell us more about the Inksoul Tattoo Festival

It was started in 2016 with an aim to create a space for tattoo artists and to make it an event genre in India. It has only been two years but we had 10280 people attending the latest chapter of the Pune festival which was exciting.

But we still have a way to go. The tattoo industry in India is still at a nascent stage. For contrast, overseas tattoo festivals are huge events and have been held for more than thirty years now. A festival in Brazil can attract more than 70,000 people.

3) What can festival-goers expect at Inksoul?

A lot to explore and discover. There will be around 2000-3000 artists at the festival.

A post shared by Inksoul Tattoo Festival (@inksoultattoofestival) on Mar 8, 2018 at 1:02am PST

A post shared by Inksoul Tattoo Festival (@inksoultattoofestival) on Jan 26, 2018 at 1:03pm PST

Plus, there will be great music and good food and drink throughout.

4) What is the best part about organising a tattoo festival?

The vibe at the festival is positive and energetic. Everywhere, you’ll see smiling faces.

And, we’re happy to be founding members of this industry. Yes, we’re taking on financial losses at the moment, but the Indian tattoo industry was valued at almost INR 350-450 crores in 2017 and is due to cross Rs. 1200-1400 crores by 2020, so we’re excited for the next five years of growing the community.

Looks like tattoo festivals are here to stay. If you are curious about getting inked or want to see tattoo artists at work, head over to the ManPho Convention centre (Bengaluru) from 25th to 27th of May. Click here for more information and follow them on Instagram or Facebook for updates.