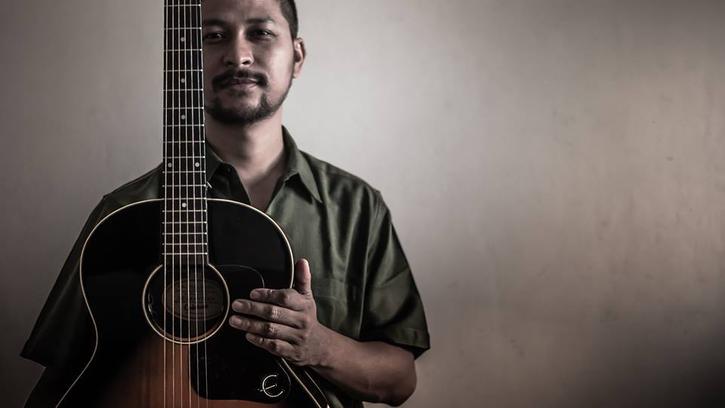 With a poet for a grandfather and a performer for a father, Bipul Chettri’s life was always steeped in music. Taking inspiration from his roots, his brand of music is a unique blend of Himalayan folk music with a contemporary edge. His debut song ‘Wildfire’ (Dadhelo) gained him a massive following not only in India but also worldwide. His body of work is pivotal in bringing Nepalese music into the mainstream.

His latest single ‘Gahiro Gahiro’ has over 2.8 million plays on YouTube and is an expression of acceptance of the duality of human nature.

We had the opportunity to speak to him about music, career and inspirations.

1.How does where you grew up affect your art?

Art for me is an interpretation of one’s life’s experiences, so a great deal of importance of these is attached to my works. My first album, ‘Sketches of Darjeeling’, for instance would not have been possible if my hometown and the surrounding areas had not have affected me in my writing and compositions.

Most people choose to spend their lives with someone thinking that they have found the perfect life partner in the other person, yet find themselves in trying situations along the way as human nature is such that we all have our own imperfections.

3. Do you usually write the lyrics first?

Not always. Sometimes the melody comes first followed by the words but is also the opposite on some occasions.

4. What is the strangest thing that has inspired a piece of work?

I am not very sure if I have had such an experience but one of my songs, ‘Nau Lakhey Tara’, from the second album ‘Maya’ was actually written on a totally different premise, tempo and melody but ended up like it did on a drastically different one. So that one surprised me too. But I loved the way it turned out and it remains one of my favourite tunes.

5. What has been your most memorable musical moment so far?

In terms of performing live, it has to be the first ever concert we did as a band 4 years ago. We actually had the gall to do a gig with just six original completed compositions and one still in the works. We ended playing the whole set twice, I think. But no one cared, and the vibe at that gig was just beautiful. I think we were as nervous as the audience as no one knew what to expect of us and vice versa.

6. As an artist, what do you hope to accomplish? What do you want people to take away from your music?

I personally don’t hope to accomplish anything. I just want to write and hope to have a body of work that will be listened to not just this year but over the years. I also hope that our music affects the’ lives of our listeners in some positive way like it does me.

Between performing at sold out concerts in India, the US, Australia and Europe, he also teaches music at the Vasant Valley School in New Delhi.