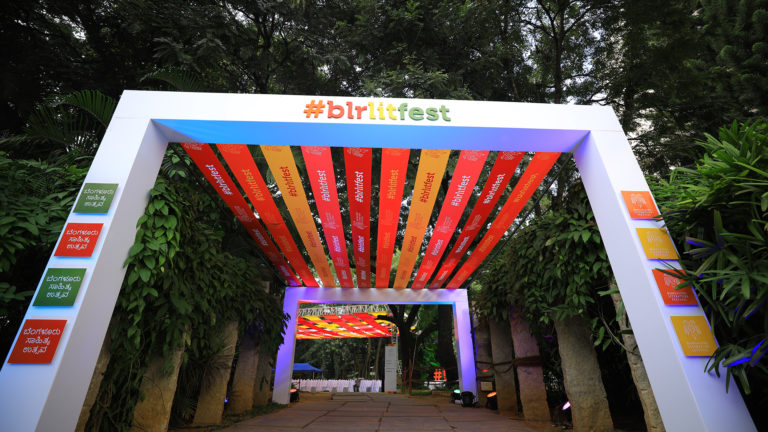 The second and final day of Bangalore Literature Festival drew in even more crowd than its first. While most people couldn’t find seats at the venue halls, their enthusiasm was unfazed.

Here are some highlights from Day 2 of the festival:

A panel that comprised of acclaimed writers, journalists and social activists, unanimously agreed that the decriminalization of homosexuality in India is just the beginning. The succinct discussion ended with how we do not have the required knowledge base in India, especially in the regional context, to educate people about what it means to belong to the LGBTQ+ community. All our ideas and examples of the community come from the West and the only way to change that is to generate more content about the LGBTQ+ community in regional languages.

Speaking in Hindi is easy, but we look at the alphabets like they’re extraterrestrial. Two new generation Hindi writers, who are rewriting the rules of the game, talked about how they started their journeys. There is a rising demand for Hindi content with the incoming of numerous online streaming services. Even Amazon Audible, for the first time, is going to record audio books in Hindi. The writers talked about the linguistic imperialism of the English language and concluded by encouraging the audience to engage with other Indian languages.

Life, the Universe & everything: The Influence of SF on Society

If you are a fan of the likes of Asimov, Orwell and Gaiman, then this panel was handpicked for you. Science fiction has inspired many to spur change and are a form of social engineering. The panel discussed a question as old as time, “Does life inspire art or is it the other way round?” while citing examples from real life incidents like women protesting anti-abortion laws dressed as handmaids from Margaret Atwood’s ‘The Handmaid’s Tale’.

The Art of Fact Checking

Led by Pratik Sinha, the co-founder and editor of Alt News which is an Indian fact checking website, the session was a highly insightful one. Internet usage in India has increased tenfold in the last 2 years and that is one of the main reasons why fake news is such a rampant problem now. He explained to the audience, with the aid of multiple examples, how his organisation debunks fake news circulating on Twitter and Whatsapp. He ended the session by exhorting the audience to remain vigilant and observant in these trying times.

The captivating speakers, the unique aggregation of people and towers of books brought to them by Atta Galatta made for a perfect weekend. And thus, Bangalore Literature Festival 2018 came to a close, after enriching the lives of Bangaloreans for yet another year.