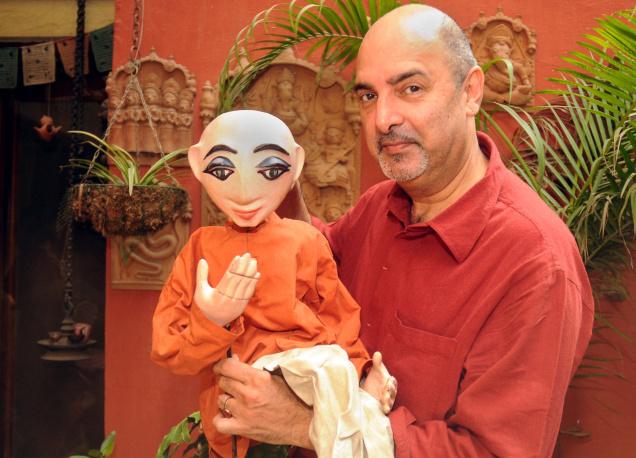 Puppetry is a word that takes us back to our childhood, when puppet shows at school or on television taught us to multiply or narrated stories from myths, enthralling us. But if you think that puppetry is a thing of the past, think again.

Meet Dadi Pudumjee, ace puppeteer, Artistic Director of the Ishara Puppet Theatre and the first non-European president of the International Union of Puppets, who has made it his mission to make this traditional, alternative medium of art popular and relevant for modern audiences.

Pudumjee (who first received two glove puppets on his seventh birthday) points out that puppetry is not a lost art form, but has actually evolved over time, and new techniques have been incorporated with traditional ones. He adds that in a country like India, which is rich in cultural diversity, it is the duty of the State to nurture artists in order to preserve puppetry, instead of preserving puppets in museums.

As someone who believes that storytelling is effective when the medium and message complement each other, Pudumjee says that puppetry can be used to convey sensitive social issues such as HIV/AIDS, discrimination and substance abuse, sometimes even more effectively than a human actor. He adds elements such as shadow theatre, dance, masks and visual theatre to make the message more memorable.

And against all odds, Pudumjee has succeeded in his goal. He runs a professional puppet company which performs in schools and to sold-out shows, enthralling children and adults alike with a cast of crazy characters that sing, dance, and narrate simple tales. His Ishara International Puppet Theatre Festival, held every year since 2001, brings puppeteers from around the world together to celebrate the artform and boasts a loyal audience.

Blending the contemporary with the traditional, Pudumjee has made puppet shows relevant again for modern urban audiences.

You can find more information on shows by The Ishara Puppet Theatre Trust on their site, and their Facebook page.