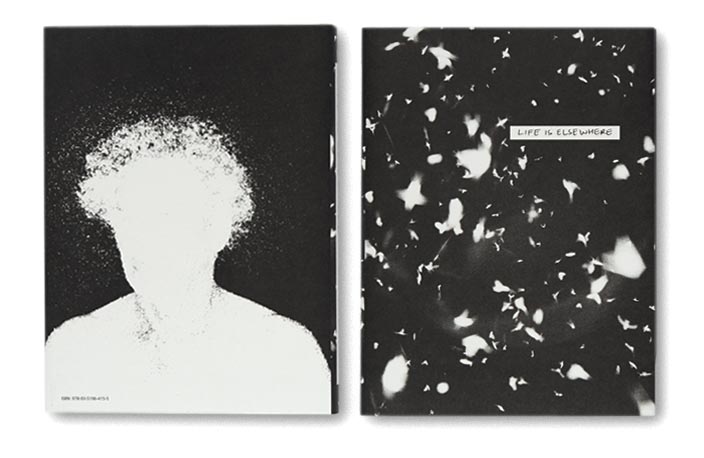 Sohrab Hura is a well known name among photographers, with a Magnum Photos nomination to his credit – the only Indian after Raghu Rai to have earned this honour – and it’s well earned. Avoiding a conventional tendency to aestheticize the subject of his portraits, Hura’s body of work is raw, it pulses with emotion and hits you hard in the gut.

Growing up, Hura dreamed of becoming a dog, which later turned to becoming a superhero and then to a veterinarian. Then, in 2001, his father bought him a camera and he began shooting family and friends, “making photographs just for the love of making photographs”.

This is evident in Hura’s self-published photobook titled ‘Life is Elsewhere’. The first of a ‘two- project titled Sweet Life, it is a loving and searingly honest photographic portrayal of his relationship with his mother, who was diagnosed with paranoid schizophrenia.

‘Life is Elsewhere’ is a story told through black-and-white portraits of empty streets, night scenes, stray cats and dogs, as well as of his home life with his mother and their pet dog Elsa in the crumbling walls of their apartment, from 2005 to 2011; abstract, dark, grainy, blurry and intense, they depict Hura’s emotionally challenging relationship with his mother, who sometimes disbelieves that he is her son.

Accompanying handwritten descriptions share memories, doubts, and emotions, and narrate vivid moments. “Our initial years were spent hiding from the world,” he writes. “Hers out of paranoia and mine out of embarrassment and anger towards who she had become.”

Yet through it all, Hura portrays his mother – lining her eyes with kohl, and watching Hindi movies on TV – with tenderness, love and respect, encapsulated with the realization that “his mother had never stopped loving him.”

Hura is now at work on the next chapter of the project, ‘Look It’s Getting Sunny Outside!!’ is about his mother’s improvement in recent years, and which promises to be equally poignant.

See more of Hura’s work on his site.