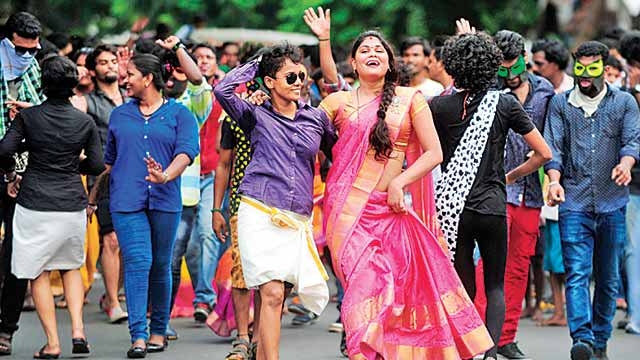 A new revolutionary online dating platform for LGBTQA+ singles in India launched this summer, but it’s no Tinder or Grindr – it’s more of a matrimonial site.

‘Amour’, launched on June 4, by activist duo Karan Kariappa and Dolly Koshy, seeks to redefine the way members of the queer community use online apps in order to make connections by setting a mandate: it’s only for those looking for long-term romantic relationships instead of one-night stands.

Talking about the motivation behind the platform, Kariappa in an interview, stated “Everybody needs a partner in life to share their joys and sorrows. We need to have a person with us who will listen and stand by us during our difficult time.”

The platform is open for all queer people irrespective of their gender, including those who identify as asexual, which is a huge and important gesture of visibility for a vastly underrepresented community. Kariappa states, “when we had a deeper discussion with community members we realized that we need to have a group for all LGBTQA+ looking for partners since existing groups seem to cater to gay men only.”

Amour, primarily based on Facebook, requires prospective members to join the Facebook page. Administrators will verify the account in order to make the group more secure. Members then create a profile by filling in a Google form, which is available in six different languages: English, Hindi, Malayalam, Tamil, Kannada and Bengali. The profile is added to a secret Facebook group. Members can either browse through posted profiles in the group or apply relevant filters in the Amour database XL sheet to find someone they are interested in.

It’s only been a couple of months, but Amour has already garnered 470+ likes, 350+ members (including seniors from the community who guide matchmakers) and 230+ profiles, suggesting that instead of ‘swiping right’ to find Mr/Miss Right, some old-fashioned amour may be the new way to go.

Check out Amour’s Facebook page or their site for more information.