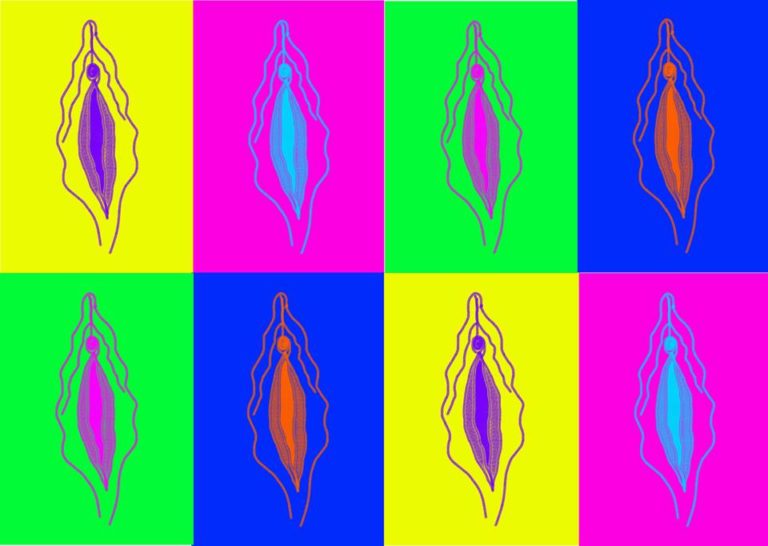 Expressing oneself through words or through the strokes of a brush is a cathartic experience. Artists have been using their art to convey not only their personal stories but also to comment and to protest against the unjust societal norms. We found three artists who are attempting to normalize conversations on sexuality, desire and gender roles. Here’s what they had to say:

With her Instagram feed filled with all kinds of art ranging from scenery to black and white doodles on the back of her notebook, Pooja, a 19 year old art school student, defines desire as a very passionate craving for something that is often linked with sex and lust. Her art speaks stories of sexuality, body-shaming and the desire to be free from the conspicuous eyes of judgement.

Cautious Like every single one Exists to only judge you Stretch a hand You take steps back Before they come and get you Scared Of everything And everywhere and everyone What's already done That's happening And the things yet to come Restricting You're doing it to Your words, your mind, your life Hesitate to express Your soul you drowned And now you are a mask

An expressive fighter against gender bias, Pranjali says, “As any other woman growing up in a patriarchal set up, I’ve faced my set of gender issues and my questions regarding these have always been considered a taboo”.

Her art is an expression of the outright injustice that is faced by many women when it comes to accepting or expressing their sexuality or their sexual desires. She draws about important issues like consent, the taboo behind periods and the double standards associated with gender roles in society.

While a man who claims to have enjoyed the physical company of numerous women is described as ‘cool’, a woman with the same claim is addressed as a ‘slut’. With a catchy and out-there Instagram bio that reads “Vagina maker”, Aru Bose strives to clear this very taboo.

A decade after the Delhi High Court ruling, the Supreme Court of India has scrapped Section 377. It is a landmark for India, and I’m glad to witness history in the making. Forever grateful to all the activists, artists, lawyers, petitioners and host of allies who have worked relentlessly for decades to bring us to this point today! From here, we’re only moving forward. More to fight for! More to create! More love to wrap ourselves in! #lovewins🌈 #sec377verdict #377NoMore #pride #aazaadi #outandproud #proudpussy #bisexualpride #loudandproud #queerlove #love #letsmakelove #sexytime #historyinthemaking #queerinindia

She makes vagina-themed art, with the anatomical figure of the vagina depicted in different forms – flowers, rainbows, etc. In short, Aru Bose’s art is a representation of the fact that it is indeed natural for women to feel the same sexual desires as men.

These are just three of our favorite desire-themed artwork. If we’ve missed out on some brilliant art that’s out there for the world to see, let us know in the comments below.