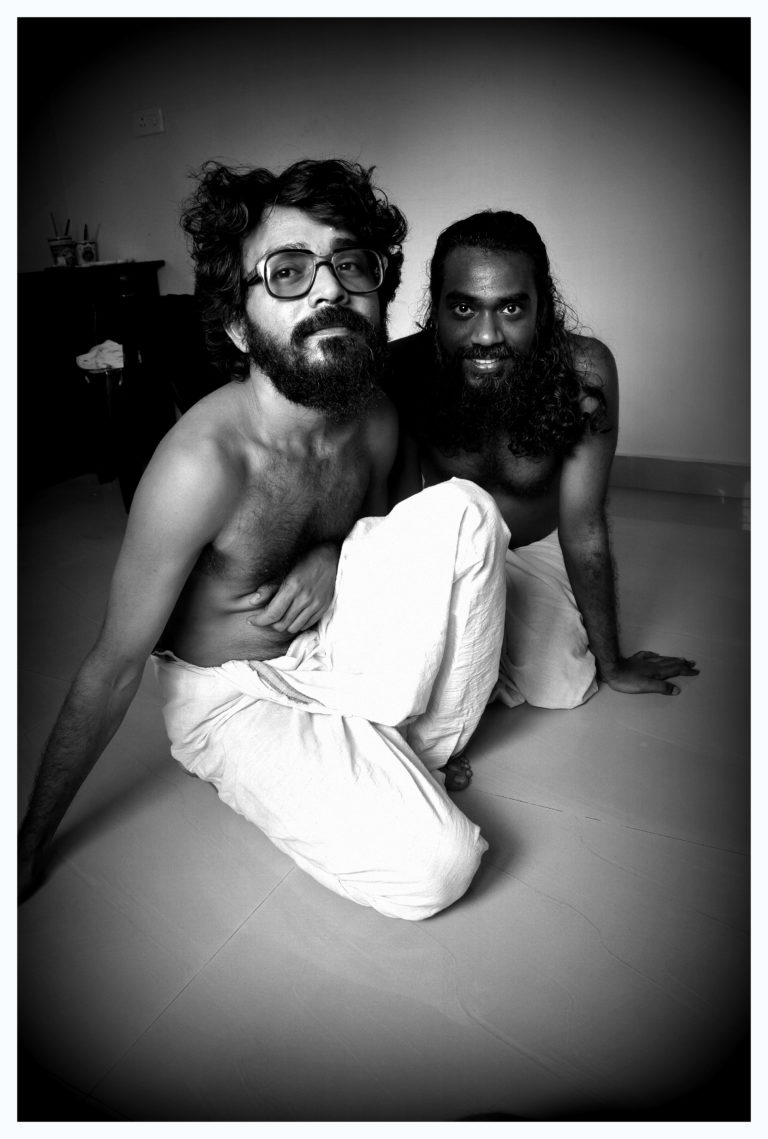 The male body, with its hard planes and rigid stances, is not one that is immediately associated with notions of intimacy. The word itself is delicate and often commonly associated with the feminine. It speaks to letting down barriers and letting emotions speak, through the tilt of a head, a stolen glance or the heat radiating between two close bodies. In the heteronormative narrative these moments do not happen without the female presence, but intimacy, like sexuality exists on a spectrum and is not bound by binary notions. Intimacy happens among men in love, among those who are not bound by cis-gender norms and among non queer men. 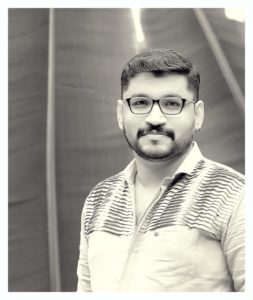 These concepts are precisely what Jijo Kuriakose, the queer artist, activist, and researcher attempts to study through his photography series, Androphilia. It is a study of the male gaze on male bodies. Kuriakose has been working with the leading LGBTQIA platform Queerala, and has previously organised art exhbitions – Homomorphism I and II- that also looked at same-sex intimacy. The male body, the connections between them and the movements associated with them are captured through his series of photographs.

Who/what would you say are the inspirations to your work?

No person or instance has, per se, inspired me for Androphilia-the photo series on Male bodies and Male-Male Intimacy. But I have always been curious to explore and depict my notions on beauty, as a gay person, in both subtle and visible manners.

I also love the postures each body takes when the body is in different situations; thereby adding elements of appreciation besides the regular regards for facial features.

Knowing the peculiarities of physiques of Malayali men, I want to portray diverse forms of anatomy which can be appreciated by not only gay folk, but also but heterosexual women.

Male desire is often shown through the heteronormative view point in popular media. How do you think your works challenges or constrasts them?

My attempt is not specifically to challenge male desire but to relook on how gaze can be fallen on male bodies. Non-heteronormative forms of desire do exist and to take them as art depictions was an enthusiastic act for me as I used to create paintings and drawings on same-sex intimacy.

However, capturing intimate moments, and time spent by two men in their personal spaces was a different task, as the people who are part of my photo-series include non-queer persons and non-cisgender men too. They at times spend many days at my home, to become close with their photo partner and share personal moments, which were captured rather than taking instant photographs.

Some responses, after a few pictures were shared in online media from random persons and friends, were queries if all the models were actually gay, for which the models themselves responded, “How does that matter?!” I would say, the purpose I had in mind is getting done, as the idea was to voice the narrative that no one should assume someone else’s sexual orientation or gender identities.

What can you tell us about the male gaze captured in your work? 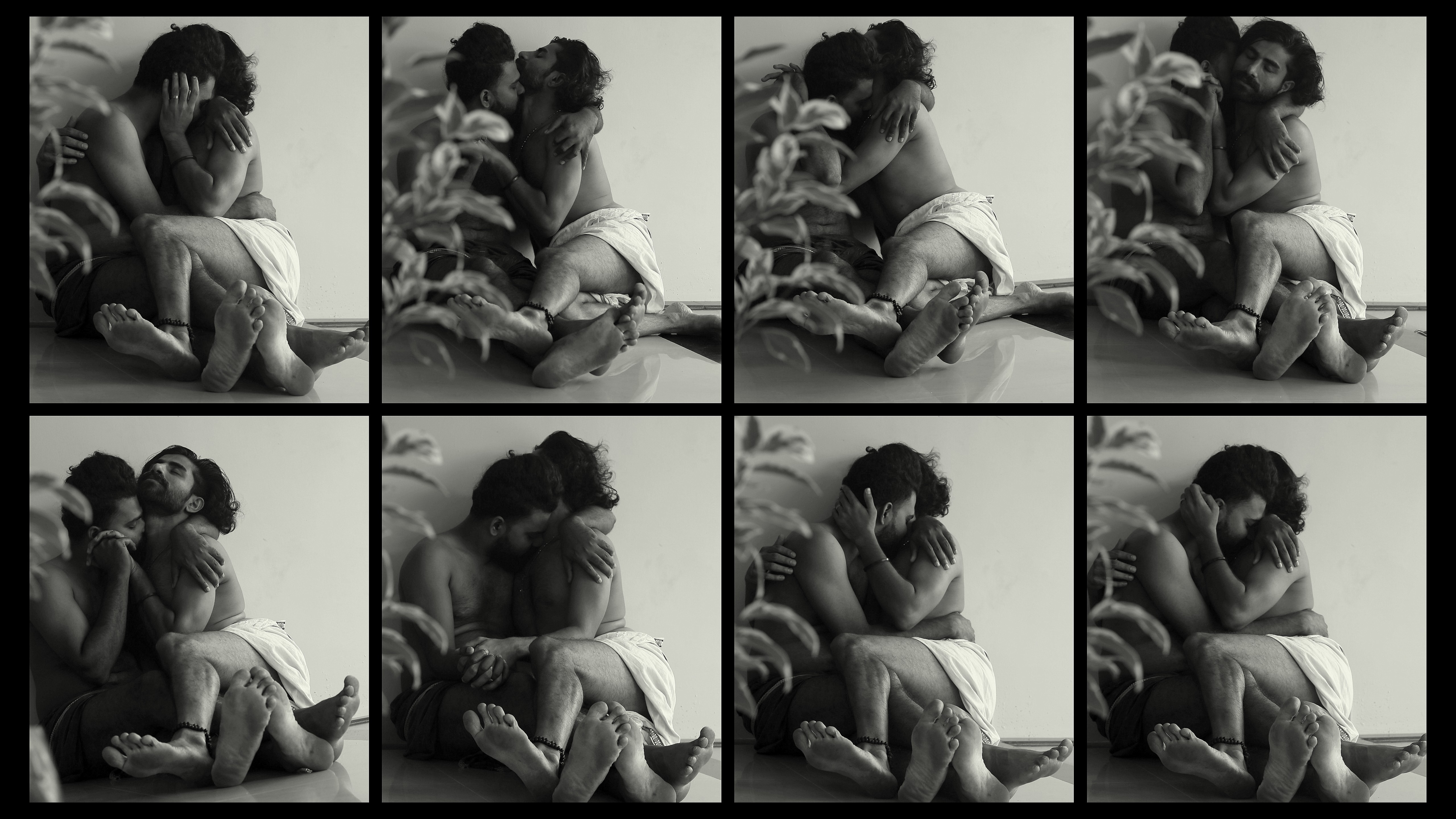 I would like to say that the male gaze in my work is how I look upon male bodies or how gaze falls on them in general in public spaces, buses, cruising spots, closed rooms, kitchen, porticos, park etc. I find photographs as an excellent medium to narrate what I think when I see a male body. Sometimes, I am excited; at times I wish to be a friend or a close companion as such.

The series for me is a strong way to state that ‘visual markings of same-sex desire’ needs arise and in diverse forms.

As an artist, I deploy my talent for this purpose, in addition to the various forms of social advocacy I am engaged with, for the cause of the LGBTIQ community.

The photographs are so intimate; it feels almost voyeuristic at times. Was this approach intentional? 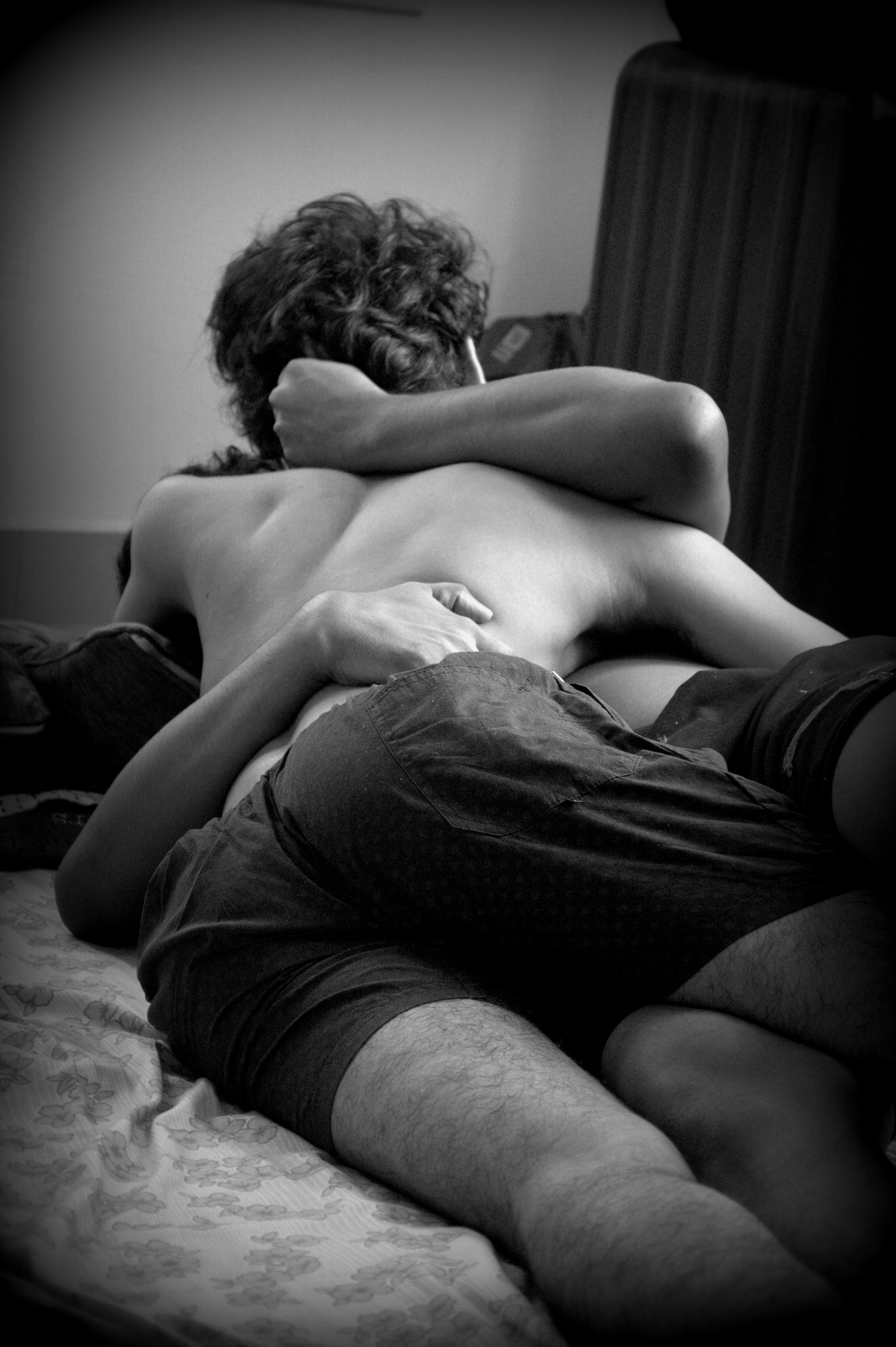 Yes! Especially the ones of real-life gay couples and close friends were very intimate! In fact, it’s the same notion of intimacy that I try to tell as intimacy can be non-heteronormative too. It can be between any people and can take any form, and with any depth of intensity.

To present how people engage in intimacy or personal affinity in its natural manner through the photographs, cannot be called an intentional move, but rather a legitimate capture.

Could you walk us through how this project came together? The idea and the process?

I had the wish to capture images of intimacy between men! I shared the thought with some of my close friends, who came up to be part of the project.

Most of the images were captured from Rainbow Nest, the LGBTIQ community home, we have in Cochin. I continue the series, with more attention on outdoor photos as I foresee a project on exploring how bodies can be looked upon in open spaces, and how intimacy in outdoor, can function as a factor of fantasy for many.

How was the response that you have received for this series?

It was quite heartwarming to see many friends sharing the photographs, and media reporting on it. What satisfied me the most was critical responses from expert photographer friends and queer artists who gave me insights on areas of improvement. I plan to release a photobook on this photo series maybe in a year.

What is your opinion on the current scenario of queer art and activism through it, in India?

Artists like Alok Jhori are pioneers in this area of photography. If I talk about art as a tool of activism, we have forerunners like Balbir Krishnan, or Nishad K from Kerala. I am glad that art events like the Kochi Biennale are LGBTIQ Inclusive. However, we need more; the more, the better. Art matches and never ceases any form of expression, and I rely on that as a gay person, to express myself!