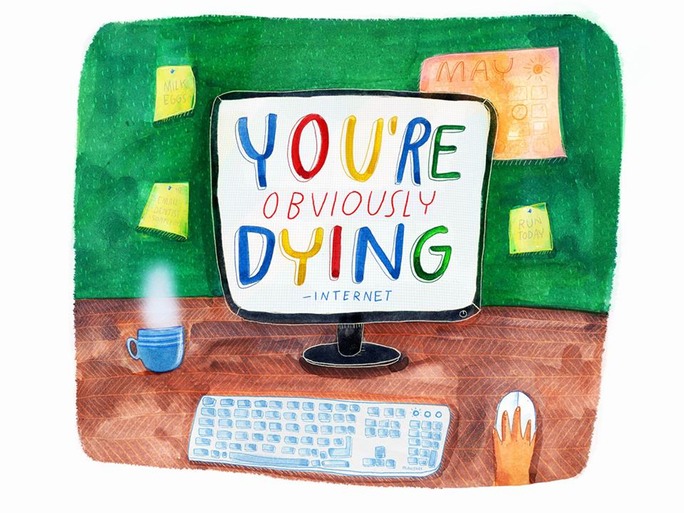 The wheels of the mind go round and round, thoughts run amok, and a voice inside your head worries and criticizes in turn. Could this be you?

It could be any of us really, for we’ve all been plagued by anxiety in varying degrees. It was this discovery that prompted illustrator and graphic designer, Pranita Kocharekar, to create an Instagram series titled ‘Is That You’.

As mental illness in India still carries a heavy social stigma, concrete figures are hard to come by, but rough figures indicate that one in thirteen people suffer from some sort of anxiety disorder. This ranges from stress-induced panic attacks (is the boss going to fire me?!) to a morbid fear of having an accident or being attacked.

Kocharekar’s illustrations, inspired by the work of British artist Gemma Corell, are laced with humour as they dwell on the emotions and not symptoms of an anxiety-ridden individual. Each post shows what it’s really like living with anxiety, from stressing out about remembering to lock the apartment to paranoia about serial killers lurking in the bushes at night.

The core issue is no laughing matter, but Kocharekar’s art, infused with lightheartedness, encourages people to #acknowledgeanxiety and talk about issues they  would normally avoid discussing. Each post is accompanied by a caption offering advice on dealing with early signs of anxiety by encouraging people to approach a doctor or a therapist for help and support.

It’s an impressive initiative, in both appearance and content, leaving us “anxiously” awaiting her next presentation!