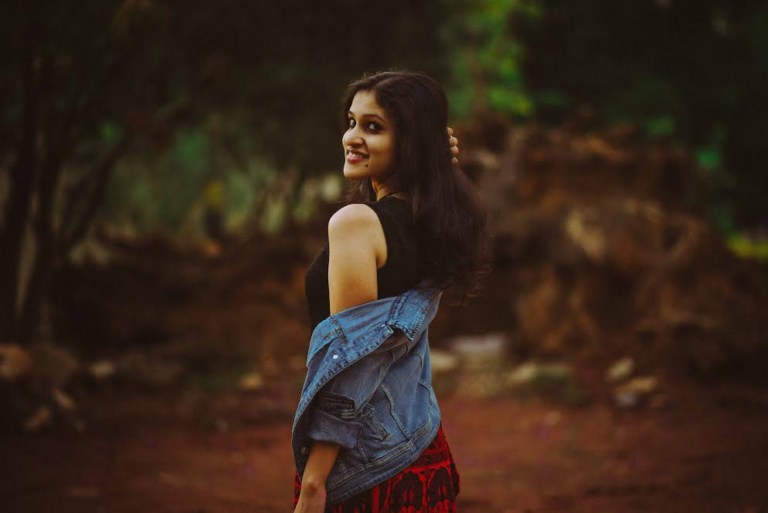 It’s a truth widely acknowledged but rarely addressed that Indians tend to place a higher value on “foreign” brand names or images over local ones – a prevailing habit that tends to skew the opinion of everything local in a pejorative light.

And this extends to an elitist perception of local women too, with “Don’t go with the local girls” often uttered in warning.

It was this perception that Bangalore-based photographer Seemal Karthik wanted to combat through her project satirically titled “Don’t go with the local girls.” Seemal is known for her ability to create and express poignant and intriguing narratives through portraiture, which she puts to great effect in this project as well.

The result? Each picture celebrates how ‘local’ could be synonymous with something with great character or a cool attitude, which we might miss noticing unless we take the time to see it.

We caught up with Seemal to learn more about the project.

What does it mean to be a local girl?

In my opinion, the word ‘local’ gets a bad reputation for no fair reason.

A local girl is simply a resident of a place, either because she was born there, spent the majority of her life there, or has chosen the place as her own because it resonates with her the loudest.

What sparked the idea for this project? And why was it important for you to address this topic?

I started taking these pictures as a response to everything imported or foreign being perceived as cool, and this in turn leading to the misconception that ‘local is uncool.’ Phrases such as “Oh, she’s just a local girl,” or “Oh, it’s locally made” are used with a negative connotation and I wanted to address this.

So, I wanted to shoot a bunch of local girls going about their lives, but looking cool as hell while doing it – and with a sense of complete independence and disregard for public opinion.

Those who think disparagingly of all things local might want to reconsider their views – or miss out.

Head over to Seemal’s website to view more of her work.