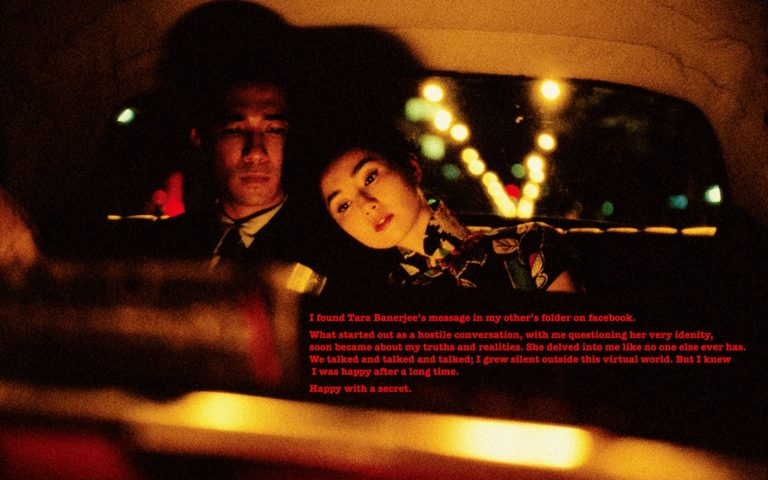 Whether Myspace, Orkut, Omegle, or Tinder, most of us have had at least one conversation with a stranger on the internet, and know the allure of being able to truly be yourself or be someone who you want to be – at least virtually. It’s a heady, liberating, strange and sometimes unsettling experience.

In ‘People You May Know’, photographer Chandan Gomes reconstructs his relationship with Tara, a stranger on the internet, through a collection of photos and screenshots of his conversations with her. It all started when he checked his Facebook messages from ‘People You May Know’ and found a message from Tara. For the next two years, he communicated with her via text, Skype and Messenger, speaking about movies he had watched, his mother’s struggles with a memory disorder, pictures of his childhood, sharing snippets of texts and memory.

It is a timeline that weaves between fact and fiction, virtual and real, cultivated performance and uninhibited expression, intimate confessions and outright distrust, in a way that is utterly beguiling. And indeed, it leaves you wondering how different love is online as it is in the real world.

In conversation with Chandan Gomes, we discover the story behind the exhibition:

Can you tell us about the narrative in ‘People You May Know’ and how it developed over time?

‘People You May Know’ never started out as a project. I was having conversations with someone on Facebook about photography and art which then started to go in different directions. At one point, I realised I was sharing not just the details of my work, but about my personal life as well – and I didn’t even know who this person really was. All I knew was that we had 20-25 friends in common who were all artists and photographers.

So, I thought I should start archiving these conversations – just in case and started to take screenshots and backups of our conversations. It came from a place of not insecurity but scepticism.

That’s when I felt that there was a story here that could be told, and as I am a photographer, I thought that I would do so through photographs. That’s how the project started.

For families and friends, photographs are a shared visual language of belonging. What is its purpose here (in People You May Know)? 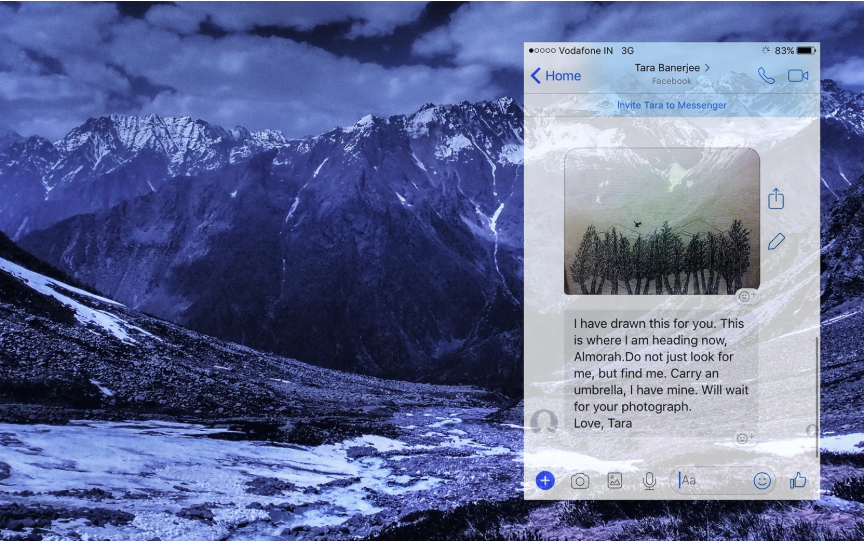 I wanted to create something like a photo novella.

As a photographer, I usually don’t work on projects, I just photograph anything that catches my curiosity and interests. Some photographs come together to tell a story, and others don’t. This one did, as it played on questions of divide between virtual and real, and the manifestation of the self in the digital world.

For a long time I felt that, of course, the virtual world gives you the agency to be someone you want to be, but with these conversations, I realised that it works the other way around too: that people can be their real self in the digital world.

Usually people hide this because they fear being judged.

On Twitter for instance, people are more open about their motives or beliefs they are open about being depressed or emboldened to be violent and wild. In the real world, if they were given the chance to anonymous and hit someone, they would do it. And the only reason they don’t is the fear of the law which is predicated on being identified.

This side was very interesting and changed my perception of the digital world.

Why Tara? Why do you think you were able to share the most intimately guarded details of your life with her rather than someone you knew in real life?

She was interested in photography, was familiar with my work as my gallery is online, and knew many things about me as well.  And she would prod me for more answers while hiding behind the garb of anonymity, so it was almost like she had the upper hand. That’s what I found fascinating; that there was someone engaging with my work in a less conventional, and less formal way.

Sometimes, the most random questions and comments would come my way and that would be really engaging for me.

How did you choose the stills/images which accompany the chat messages? At one point these conversations had a direct relationship to images. I would think about a conversation and I’d want to get an image that corresponded to it. 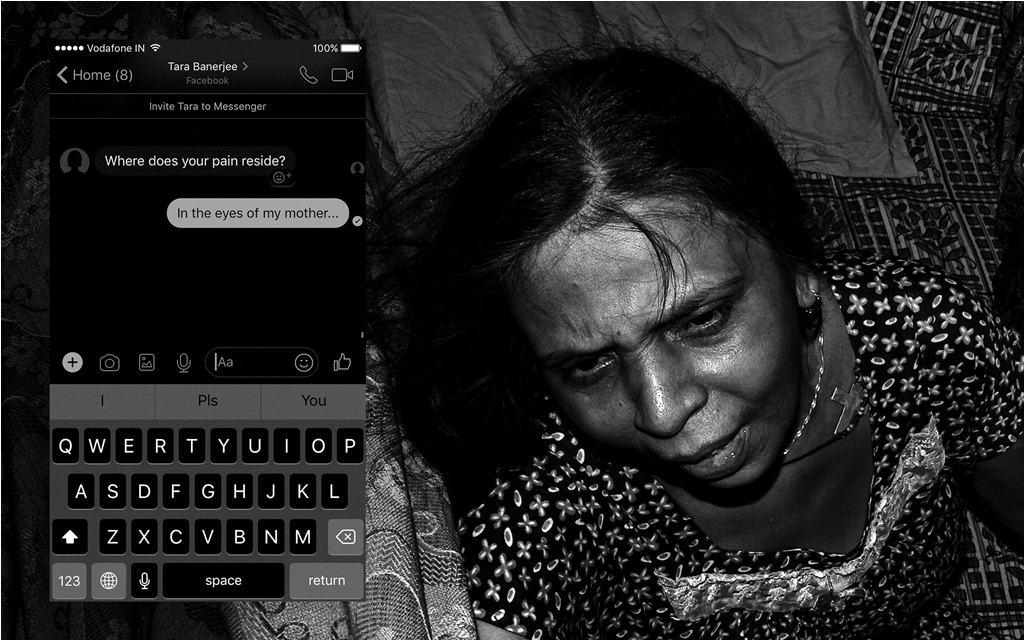 Somehow these different journeys come together into the works.

Elsewhere you’ve said, “One thing that this work has done is make me question this divide between the virtual and the real. Human nature, at its core, cannot change.” Can you expand upon this a little?

In the virtual world, people can be whoever they want to be, project what they aspire to be in real life but aren’t. But, the more I got into these conversations with Tara, the more I discovered that I could share and be more vulnerable in the virtual space.

I didn’t have to pretend to have the exciting life that people assume comes with being an artist or photographer. There is a sort of romanticism that comes with the job, but in real life it’s mostly not true.

So, I could get rid of those expectations and be myself in the virtual world.

Do you feel in the age governed by social media dependency, algorithms have taken over the role previously occupied by fate?

No, not really. Fate works even in the age of social media because it was fate that got Tara’s message through to me.

It was in my ‘’Others’ inbox which I usually never check. But, when I did casually do so, I was surprised to see it.  The opening message of my work is ‘’Hello Gomes’’ and it was great.

The important role of the element of chance is why I chose a story like this and went ahead with this project. It was one happy accident after another.

Fate is relevant in the online world. It says ‘what must happen will happen’.

What has working on People You May Know made you learn/realize about yourself?

Well, it’s still in the works as it’s a two-part project.

I think what I’ve learnt is very difficult to define. As a photographer, it is necessary to question what this photograph is and what it can be – and it’s exactly the confusion behind it all that is giving my photographs different dimensions.

‘People You May Know’ was the only Indian work to be showcased at the prestigious Rencontres d’Arles photography festival in France. Click here to visit Chandan Gomes’s website, and here to follow him on Instagram.