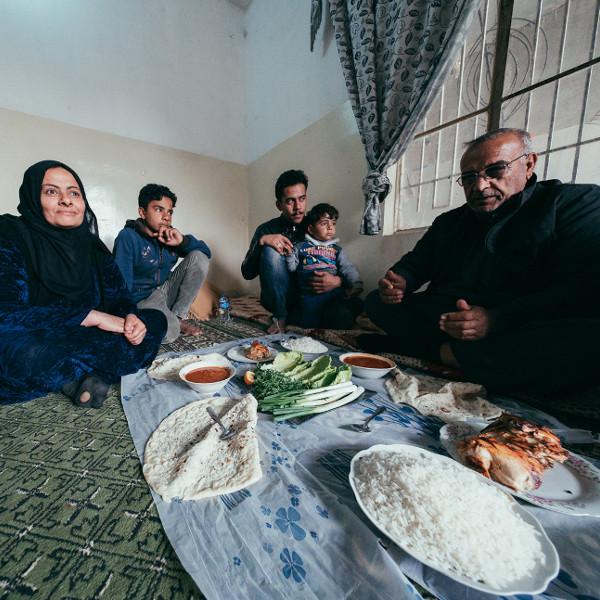 Virtual reality is taking cinematic experiences to new heights. It has been used to transport people to far away lands and in interactive gaming. But VR creators are still discovering the depths of its potential as the possibilities that the medium offers are manifold. Where previously through video, you could watch an individual going about their day, through VR, you can actually enter an enter an individual’s homespace, their lives and their minds. Documentary makers like Gayatri Parameswaran are experimenting with how VR as a medium can be utilized to create awareness and empathy regarding the lives of people in conflict ridden areas.

We spoke to her about her new VR documentary “Home After War: Returning to Fear in Fallujah” which takes the audience into the reality of an Iraqi family’s return to Fallujah(Iraq) after the war.

1.What was your first experience in virtual reality like?

The first piece I came across was a piece about endangered species of marine life and in the piece itself I was swimming with dolphins. It was shot completely underwater and that is an experience that I had never had before in real life. It made me feel really close to these dolphins. It was called “The Click Effect”. That’s when I realised that VR has the ability to give audiences these unique experiences that they might not be able to have in real life.

2. Can you share a little bit about your background and how you came to be working with virtual reality?

My background is in journalism and documentary-making. We at NowHere, which is the immersive storytelling studio which I co-founded, were working on a documentary about child  labour and during the process of working on this documentary, one of our mentors said that why don’t you try VR for this piece. It could transport people to another place and to the heart of the story. That got me curious about VR and how people are using it for storytelling.

3. What do you think the language of this medium is?

I think there is no set language as such. And that’s what makes it a really exciting space to be in and to experiment in as storytellers, as documentary makers and as journalists. There is immense potential in where you can take your audience and who your audiences can meet in their experiences and how you can built an intimate relationship with them. The language is just now being written. Everyone is figuring it out in terms of what works. There are many forms of stories and technological forms in which you can tell a story.

4. Please tell us a little about the development process for ‘Home After War: Returning to Fear in Fallujah’? How did you conceive and execute the piece?

My background is also in reporting on conflict as well as human rights and the project Home After War sort of took birth about one year ago. Oculus every year does a VR for Good Creators Lab and as a part of this Creators Lab project we got acquainted with a non-profit called the Geneva International Centre for Humanitarian Demining.

The GICHD does work in a lot of conflict and post-conflict areas in humanitarian mine clearance operations. The issue was decided but we were thinking that where do we focus geographically. Currently, on a global scale Iraq is one of the worst affected areas due to IEDs(improvised explosive devices). That’s what caught our attention. While researching the issue in Iraq we realized that a lot of people who are coming back  home after the war are facing these accidents because there are a lot of IEDs left behind in the neighbourhood and there are also a lot of booby traps in their homes. That got us thinking that what happens for all of us when we think about our homes: it’s a place for us to go back to, that makes you feel safe, for a lot of these displaced people returning home that is not the case. We wanted to use this emotion, this fear of coming back home.

5. In addition to Home After War, you’ve worked on translating other intense real-world events and scenarios into VR. Have you seen these projects create empathy for viewers?

One of the earlier projects that we worked on in 2016 was a project called Kya Yahi Pyar Hai (Is this love?) which was nominated for 2018 Social Impact Media Awards.This was created in partnership with Love Matters India which is a non-profit based in India which works towards educating young Indians about sex, gender-based violence and intimate partner violence.They were running a campaign for intimate partner violence in India and we partnered up with them. We created a 360° film in which you step inside the shoes of a woman who is experiencing control and abuse in her relationship.

At the end of the 7 minutes, when people get out of their headsets and they can relate to the scenarios, they are deeply moved. The audience’s understanding of what constitutes abusive and controlling altered before and after watching the film. This was one example of how we used VR to create empathy and created a scenario for people to understand an issue and take action.

6. And what do you think VR allows that video doesn’t?

Presence is one very important and special aspect of VR. In the sense that you are taken away from your real setting, your reality. So, if you are sitting in your office, wearing the headset, your brain really does feel and react in a way that you are in the environment that’s in your headset.

Taking people to places where they normally cannot go to is something we can really use and exploit.

For instance, not a lot of us can go there and meet people in Iraq and learn about their daily lives. These encounters give people a very different experience compared to a video in which there is a distance between you and the screen. In VR, you are in the medium, embodying an avatar in the VR.

7. What are the greatest rewards of working in the VR space?

I think one of the greatest rewards is the really steep learning curve. Home After War was one of the first interactive pieces that we developed. Every day we would come in and find a new problem. Being at the forefront of technology or using storytelling in different ways is one of the biggest rewards of working within VR.

Another really big reward is to see how audiences react to your piece. We just premiered Home After War at the Venice International Film Festival and over these 10 days it was really empowering to see people come out of this experience and be deeply moved by the piece. As a creator, that is something very rewarding.

8. How do you see mainstream journalism make use of VR technologies beyond the immersive factor?

We are living in a world where there are a lot of divisions, a lot of lines being drawn between various extremes. These lines are something that are really disturbing for a society that can move forward together. VR and journalism can bridge these gaps between different factions by making people meet each other in a non-confrontative setting. I think it might give you an opportunity to understand someone else without any prejudices. I think that is  something journalism can really use in this day and age, in this time of fake news and hatred.

9. What do you see as the next steps in virtual reality filmmaking?

What I am really interested in is probably too futuristic to think about.

Let’s say you are in this film and you feel a certain weight and you do something while you’re in this film that then triggers a sequence of events. How can you influence how the story is being told and what is going to happen in the story while you’re able to move and navigate and physically walk in the piece. That’s something super exciting and would be the next step that would be fully volumetric, branched storytelling in movies or in documentaries.

Gayatri co-founded NowHere Media, a storytelling studio with a presence in Berlin, Mumbai and Lisbon which specialises in immersive content producing journalistic reports, documentaries, image films and artistic portraits. Her film which she directed in collaboration with in partnership with the Geneva International Centre for Humanitarian Demining (GICHD) debuted at the Venice International Film Festival this year.

Check out more of her work here.