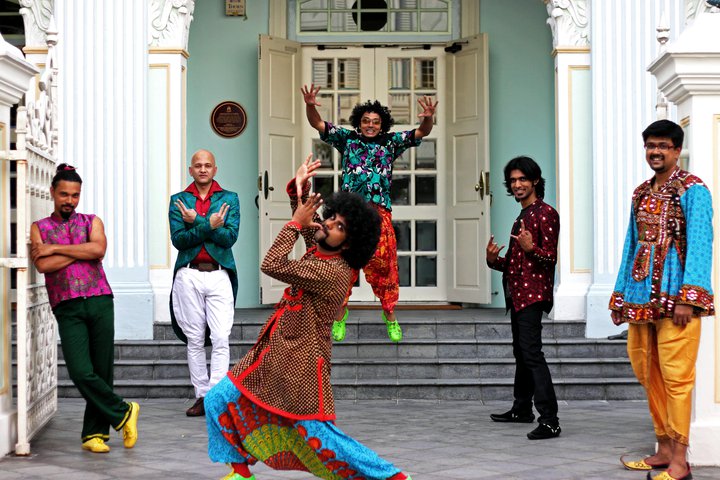 Folk-rock/fusion band Swarathma likely needs no introduction. Thanks to music as vibrant and colourful as their live performances, they’ve amassed a huge following over the past decade. We spoke to Varun Murali of Swarathma about the band’s bond with Bengaluru, strange stage antics and upcoming projects:

1) For the uninitiated, can you please introduce the band?

Swarathma plays music blending elements of Indian Folk, Blues, Rock and Carnatic music influences alongside many other genres. We have two full length albums out titled ‘Swarathma’ and ‘Topiwalleh‘ alongside singles and collaborations with gifted musicians like Bassment Jaxx.

We believe that music can be more than just entertainment hence our songs speak a lot about social issues that we all face as temporary citizens of this earth.

2) Just how important has the city been in influencing your music?

The city has definitely made an impact in all our lives and it does in some way or the other influence what we bring as individuals to the band. But, when we travel, we also learn a lot of new cultural, musical and social things that interest us and that we find joy expressing through our music.

We have had several of those, from a cop almost walking onto the stage to stop our gig to my vocalist dislocating his shoulder to us introducing a wrong song because we misread the set list!

We have a new drummer and friend who recently joined us, Joel Milan Baptist and we feel great being on road and playing our hearts out, testing our new material – so come out to our gigs and listen to the new stuff, write back to us and tell us what you think about them.

We are also recording a new single at my brand new studio The Red Music Box. So please do follow the studio page on Facebook, Instagram, Twitter and also the band to stay tuned for updates.