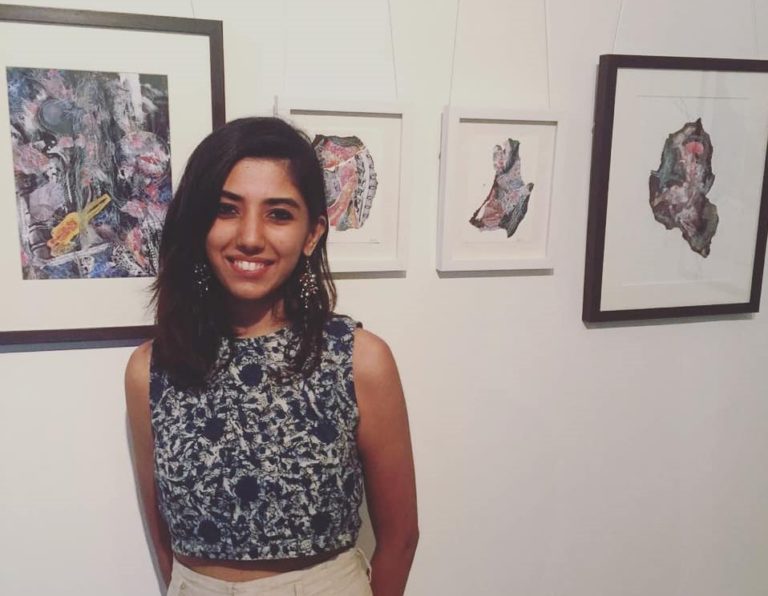 Normal is an insidious idea that more often than not, makes people doubt and question themselves. It is a subjective concept that varies according to situations, time and variables involved. Then why is the idea of being normal so rigid?

Challenging this toxic idea of normal, artist Devika Sundar translates her seemingly invisible struggles with fibromyalgia and myofascial pain syndrome into a stellar body of artwork. 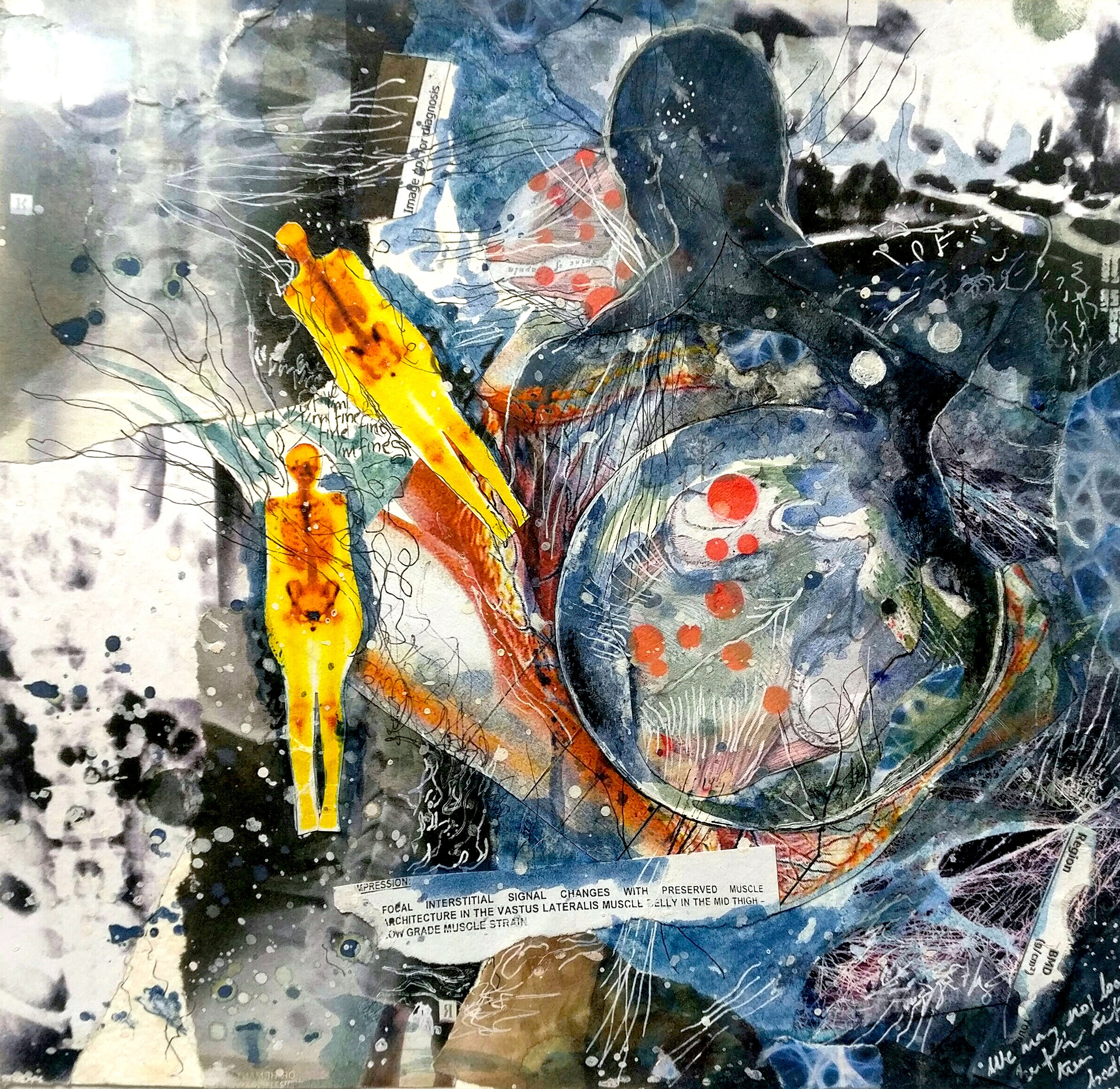 Inspired by her health condition, her first solo exhibition, “Essentially Normal Studies” is a collation of 8 years worth of MRI scans and X-Rays of her different body parts, layered with painting, drawing, sound and video. In a way, abstracting, reworking and overlaying her medical scans in different ways is a metaphor for the dissonance she feels with her own physical body.

Devika realized that this failure of invisibility finds its way into an existing medical system that relies heavily on standardized testing, scans and x-rays to quantify an illness – despite their diagnostic limitations. “It’s interesting to see how we are conditioned to see physicality. We understand our bodies as visible, as seen. However its pain remains invisible,” she remarks. Using her scans as the starting point, she began to analyze the clinical terms and their hollow implications for the invisible disability that she lives with.

The Invisible Disabilities Association defines invisible disability as a physical, mental or neurological condition that limits a person’s movements, senses, or activities that is invisible to the onlooker. Devika observed that as she discovered more people who were going through similar ordeals, she became more objective with this issue of invisible disability. “Everyone plays up to it, this idea of ‘normal’. We all are going through something that it not visible to others, we all wear our own masks.” she adds.

Though her work started out as explorations of her own experiences, during the course of its creation, it turned into a collective issue. “Initially I had some reservations that my work could be alienating. But as it turns out, a lot of people could relate to it. And what was overwhelming and interesting was that they all thought that they alone feel this way.” she says. 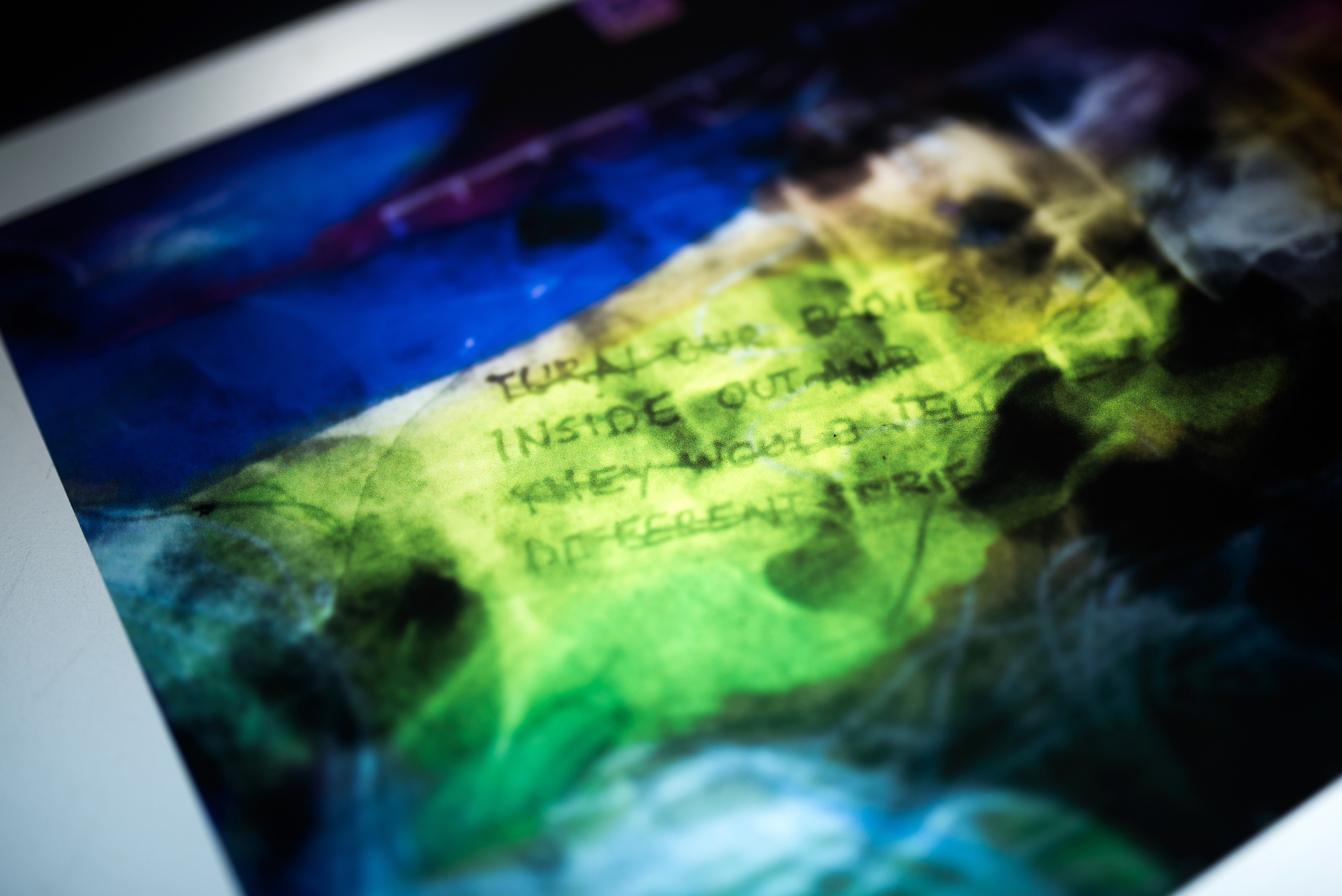 She hopes that her work initiates a conversation around how invisible medical conditions are as debilitating as physical disabilities. More importantly, their conditions should not be dismissed because of the lack of quantifiable, “visible” evidence. “Many who suffer with invisible illness feel a dissonance between their visible seemingly “normal” self and the invisibility of a disabling physical condition, facing years of dismissal before finding diagnosis and acceptance within their community.” she says.

Devika Sundar is a Contemporary Artist based in Bangalore. Her series, “Essentially Normal Studies” was recently presented at Gallery Sumukha. Follow her on Instagram and Facebook to stay updated about her future work.