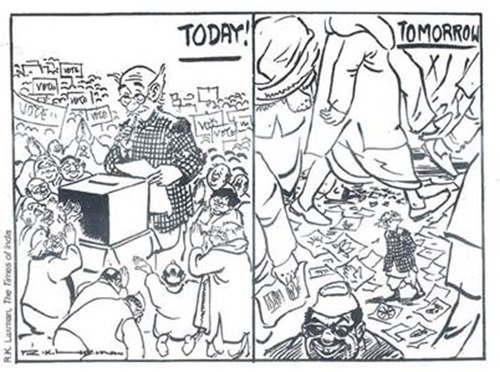 In a nation where political criticism often decorates you with death threats, and history & science is ‘literally rewritten’ by ‘leaders’ (with a little help from cows & mythology), here’s a fresh peek into politics through satire – bold writings that’ll make you laugh and ponder at the same time: 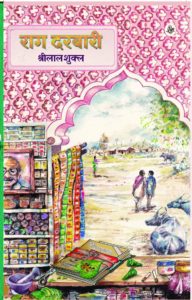 Shukla’s novel is unusual in the sense that it has almost no female characters (except maybe for the one-off village woman attending nature’s call in the fields), bringing into light the realities of a rural, male-dominated Indian society in the 1950s.

Raag Darbari draws you deep into dirty politics at the ‘grassroots level’ – corruption, bribery, petty rivalries, random rituals – and how power dictates the lives of the common folk.

Fast-forward 51 years after its publication, you could read Raag Darbari again (or for the first time), only to be surprised by how it’s still relatable and very much relevant. 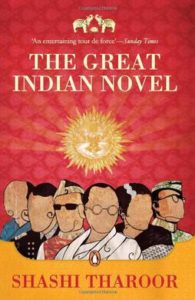 At a time in Indian politics where mythology is a national obsession and has taken precedence over scientific proof/ logic for laying down ‘facts’ (YES, there was internet during the Mahabharata era), Tharoor’s novel comes as a hilarious breather.

Reimagining the Indian Independence Movement and the first 30 years of Independence, see Nehru recast as Dhritarashtra (a.k.a. the blind idealist), ‘democracy’ in the form of Draupadi Mokrasi (Dhritarashtra’s illegitimate daughter) and many more of our favourite politicians in tow – Tharoor spares no one in this satire. 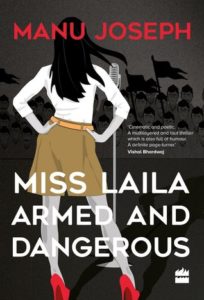 The story is written in a bold manner, crossing paths with  ‘DaMo (Damodarbhai)’, an elusive yet powerful figure in the book, described as having a silver beard & a 56-inch chest. Talk about coincidences! 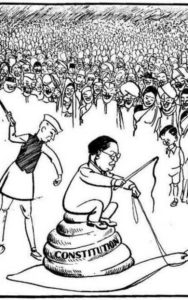 Considered the father of Indian political cartooning, K. Shankar Pillai’s magazine was one of those rare pieces of work that drew admiration even from those who were caricatured!

“…for a true cartoonist is not just a maker of fun, but one who sees the inner significance of an event…Shankar has that rare gift…It is good to have the veil of our conceit torn occasionally.”, said Nehru, who had often been depicted controversially by the cartoonist (including one featuring Nehru, Ambedkar and a snail).

Follow Shankar’s Weekly if you’re looking to understand politics from the Nehruvian era, narrated through bold, sarcastic and straightforward cartoons. 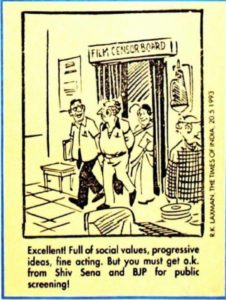 Laxman’s ‘The Common Man’ needs no introduction, a silent witness to the drama, the absurdities and the paradox that is Indian politics, with a keen eye for details seldom depicted or represented by most.

Using satire and humour, Laxman’s work was hard-hitting and powerful, taking on India’s states and its complex cultures, eventually chronicling close to 60 years of Indian politics- corruption, the emergency era, religion, natural disasters and other issues – all seen through the eyes of a bespectacled, confused common man.