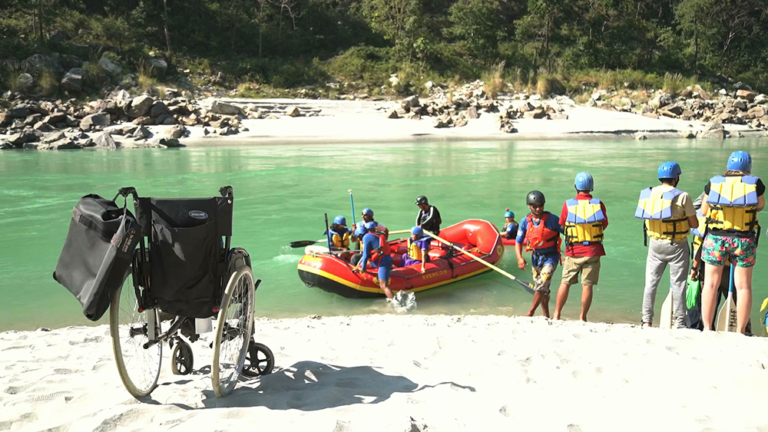 If you’re a travel enthusiast, ‘Turning Wheels’ is an upcoming travel web series that should be on your list. Expected to release in 2018, the series focuses on the journeys of differently-abled travellers, creating awareness about disabilities, breaking stereotypes, and celebrating life and travel beyond barriers.

Ruchi, who has previously worked in many well-known films such as ‘Kai Po Che’, ‘Ship of Theseus’ and ‘An Insignificant Man’, had a life changing experience when she had a chance encounter on an online dating app with a travel afficionado who told her about his immense love for cycling, movies and reading. It was only later that she discovered he was blind.

In an interview with The Better India, Ruchi says “Later when I came to know that he was blind, I was boggled. I realised how great it had been that in not knowing, I had treated him just as a person, not a ‘blind’ person! It was such a profound experience for me.” It was this encounter that sparked the idea for ‘Turning Wheels’.

The series will feature six different destinations, following a route that zigzags along the Konkan coastline, including Rishikesh, Khajuraho and Jaisalmer and others. Four protagonists, representing various types of disabilities, will indulge in lots of local experiences, devour food, go street shopping and push the boundaries of travel.

For a better understanding of what the project would entail, Bhimani and Ansari joined Planet Abled, a travel company exclusively for the differently-abled, on a trip to Rishikesh; it was an eye-opening experience for both. For one, they noticed that many heritage sites and destinations in India are not accessible for those with disabilities.

Ansari also comments in the same interview, that the “trip was a milestone.” He points out that “for able bodied people, vacations become a list of things to tick off. Clicking pictures, visiting different ‘spots’, eating at restaurants and so on. What I saw on my trip to Rishikesh was how the (disabled) travellers were so enthralled about every small thing, like putting their feet in water or a bonfire.”

To learn more about the film, and stay updated, visit their Facebook page.