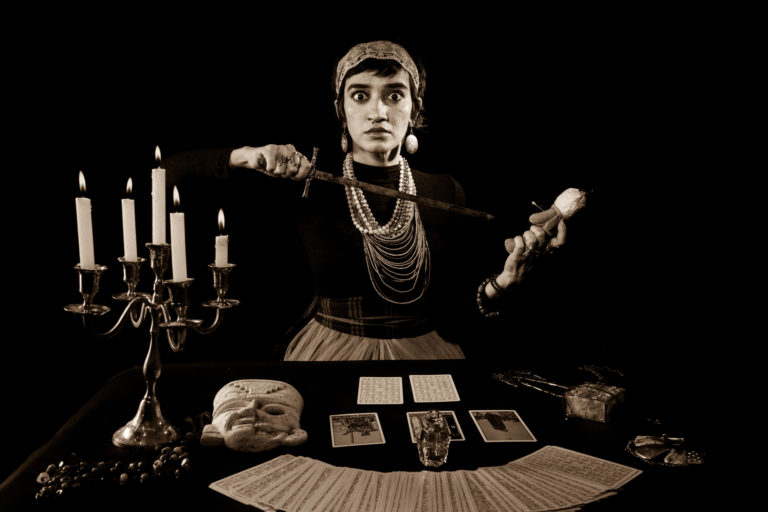 If you find yourself stuck in Bangalore’s omnipresent traffic, wondering what to binge over the weekend now that you are done watching Netflix’s Sacred Games, opt for a digital detox and head over to the stage at Bengaluru’s Alliance Francaise instead, for Revue, a weekend stage festival that’ll intrigue, excite, surprise and amuse you in turn.


Revue, presented by Quiver Productions, will be held between August 24 – 26. That’s 3 days and 6 plays of intrigue, drama, romance, family problems, crime and more, playing out right in front of your eyes. There’s something for everyone, so take a look at the events listed below:

This murder-mystery set in a 1940s cafe will keep you on the edge of your seat. While private investigator Rick Archer races against time to solve the murder of AG, you too, can try to crack the crime ahead of him. How? During the play itself, you can interact with the players, questioning them, while keeping your eyes peeled for clues.

Welcome to a family that loves its secrets as much they love each other. Rahul Ghorepade finds himself in a bit of a pickle: he needs to honour his grandfather’s strange last wish of marrying a relative, stay secretly engaged to the girl of his dreams, and revive his failing family business all at the same time.This comedy of errors will have you chuckling away at Rahul and his eccentric family.

This musical bio-pic written and directed by Ranjon Ghoshal traces Rabindranath Tagore’s political life. It draws upon Tagore’s last speech before death, ‘Crisis of Civilization’, where he summarizes his take on Nationalism and its various nefarious avatars. Though the speech was delivered years ago, it is still relevant in today’s political climate where we are witnessing an explosion of nationalism. But even if politics is not your cup of tea, come watch this play for an opportunity to listen to Rabindra Sangeet.

In this experimental performance piece, Anushka Nair interrogates existential questions of identity, gender and the power of the self. It forces your inner modernist and your inner traditionalist to butt heads. Were the ways of our ancestors better or is change essential for a brighter future? Put on your critical lens and prepare to witness a conversation that that will leave you intellectually sated.

What can be more amusing than following a donkey, dog, cat and rooster on a musical journey? Based on the classic German fable, this is a story of abandonment, friendship, love and acceptance. A play that is bound to entertain and educate children of all ages.

A handsome slave Yusuf is wrongly sent to the dungeons for resisting the advances of Zulekha, the Prime Minister’s wife. As Zulekha is slowly consumed with guilt and her love for Yusuf, destiny has bigger plans for him. He possesses special powers of foretelling the future. What role will he play in the impending drought that is about to engulf the kingdom of Egypt? Will he ever be reunited with his father, who lost his sight on being separated from his beloved son? This tale of love, lies and longing told in classic Daastangoi style, an ancient tradition that will transport you back to the grandiosity of the 14th century.

Quiver Productions is a theatre production house based in Bangalore, known for their sold-out shows, ‘The Vagina Monologues’, ‘The Exit Interview’, ‘You’ve Got Hate Mail’ and many more. They have also produced other performance arts events like Manto ki Kahaaniyan, Ghalib’s Ghazals, and The Life and Work of Faiz.

For more information, visit Quiver Productions’s Facebook page and you can book tickets for Revue on Bookmyshow.