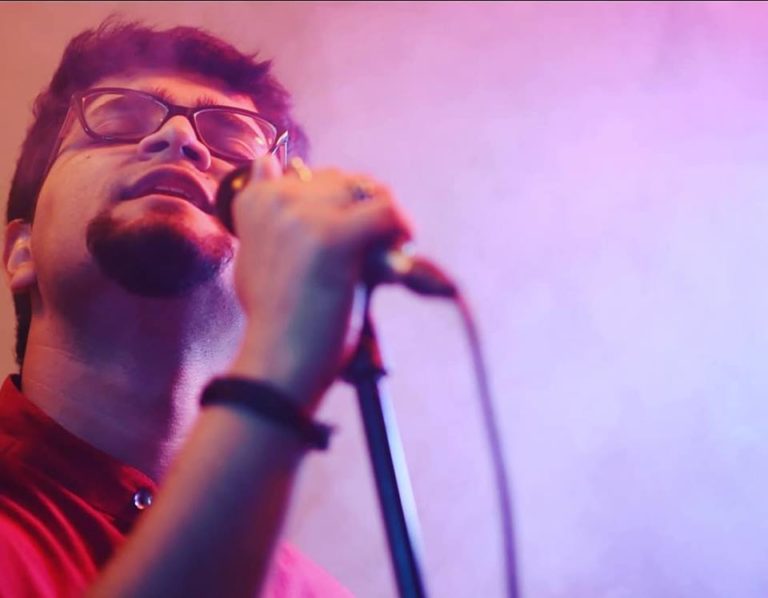 Emotions evoke strong reactions out of every one of us; for Saptak Chatterjee, they evoke music. Following in the footsteps of his father and grandfather, a third generation Hindustani classical vocalist, Saptak has been performing onstage since childhood. He is also a music producer and composer with a degree in Audio Engineering and Music Production.

His emotions are a major driving force behind his art. He gives each character and weaves a story around that emotion.

We spoke to Saptak about his new single ‘Dariya’, his upcoming album and about the state of Hindustani Classical music in India.

Tell us about your upcoming album

My debut album which is called ‘Material & Mind’, is about the constant tussle we have between what we whimsically want, the materialistic demands we have and what we actually need, to strive for excellence. It is about the omnipresent rift between our mind and its materialistic side.

Every song in this album talks about emotions. Every emotion has a very genuine mindful aspect to it. The other aspect is a base, materialistic manifestation of the emotion.

The first single from the album was released recently, what is it about?

‘Dariya’ is the first track from my debut album ‘Material & Mind’.

‘Dariya’ means a body of water. The song is about the importance of words. What I have tried to convey in the song is that how words could be whatever we intend for them to be, when we communicate.

I want my audience to be aware of both sides of the coin, so that they have a better understanding of all aspects of an emotion.

Do you have a favourite lyric from any song in this album?

There is a line from ‘Rawana’ which will be the next song to be released which goes like this:

On Hindustani classical music being in a niche art form, he says,

I’m fine with it being a niche art form. It is not easy to understand. It actually has a lot of literature attached to it. Everyone cannot pick it up or interpret it easily.

In my opinion, the value of the art form remains intact if it’s a niche audience.

That being said, I would obviously like it if that niche audience size increases.

Any advice for artists looking to pursue a career in Hindustani classical music?

The first and most important thing they need to have is a lot of patience. You need to put in years and years of hard work into this art form. Then, you need to be smart about advertising your music. Keep making music and keep putting it out there. And lastly, in this era of social media, you have to interact with your audience as much as you can.