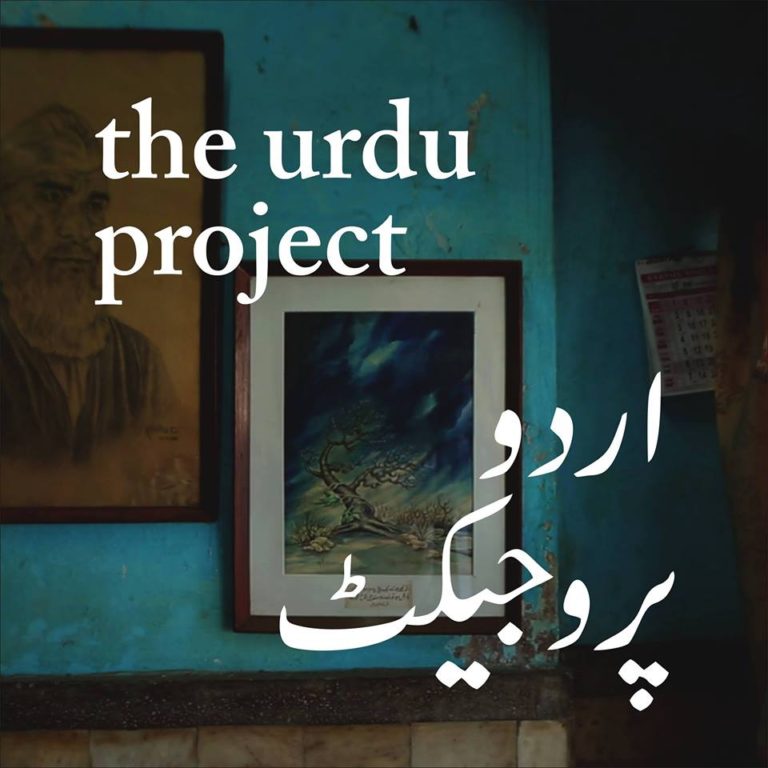 If beauty lies in the ear of the beholder, then Urdu is probably one of the most beautiful languages in the world. Given that its script as pleasant to see as it sounds, with a lyrical quality that makes even the blandest sentence sound rich, it’s no surprise that it has been the medium of choice for poets and princes over the ages, and is deeply intertwined with India’s rich cultural heritage.

Conceived from the fascination and love for the Urdu language, The Urdu Project, created by Aastha Gupta, came about as an effort to learn the language as well as its calligraphy and culture.

Gupta, originally from Delhi, spent a good ten years in Saudi Arabia and Abu Dhabi, where her fascination for the Urdu language was born. “It was originally the fluidity and the visual form of the script that fascinated me,” she states. “In addition to that, it was the fact that it’s a script that’s common to a number of languages spreading from the Middle East to India. From there it went on to a fascination beyond the script. I began by learning calligraphy and reading about the history of Urdu.”

As a film student at The National Institute of Design, she turned to the idea of making a documentary to showcase how Urdu acts a language bridges the gap between cultures across man-made borders. Gupta, working with Prateek Shankar,  Sugata ‘Jonty’ Paul, captures how Urdu acts as a connecting thread between people, cultures and countries, and its position in the creation of a unique identity, throughout the film.

The team filmed in Delhi, which Gupta describes as “the home of the Urdu Shakespeare Ghalib”, and the Urdu Bazaar, encountering an intriguing set of people who were born into a culture where Urdu held sway, and who are key characters in the film.

“They’re all about a century old, and to me, are relics of an era in which people spoke to each other in poetry,” Gupta remarks. It may sound like a fascinating old-fashioned practice to modern readers, but as one of the people the team met explains “if a fish is born in water, you don’t have to teach it how to swim.”

If language is a reflection of the way we think, we could all do with a little more Urdu in our lives – so if you’re in Delhi, catch the premiere of the documentary next month.

Readers in other parts of the country, the film may be screened at your city after the initial release, so make sure you follow The Urdu Project on Facebook to stay tuned, and don’t forget to visit The Urdu Project’s site to learn more.