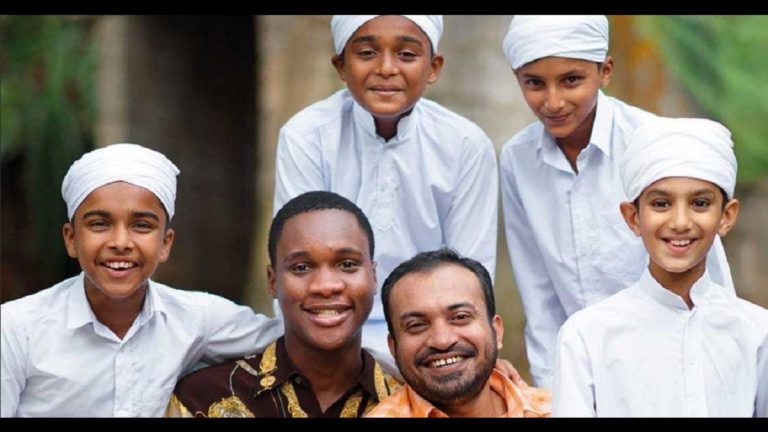 At the young age of 19, Samuel Abiola Robinson has come a long way. The actor, who has been a part of quite a few productions back in his homeland in Nigeria, is in Kerala currently, basking in the glory of starring in the successful Malayalam film ‘Sudani from Nigeria.’

The film narrates the story of an African football player and a local football club manager from Malappuram, Kerala. But it’s not a sports film. Rather, it’s an honest and heartwarming portrayal of the bonds of family, friendship, community, and society, pulling into focus. It’s earned widespread acclaim as a result.

We spoke to Samuel about his experience of acting in a Malayalam movie, tackling racism, and his future projects.

I started acting when I was 15, attending as many auditions as I could. And I have been acting for 5 years now. Being an actor is exciting. It’s a privilege to get to see the world from so many perspectives.

2) What was it like acting in a Malayalam film? Any similarities to Nigerian films?

I had a good time acting in a Malayalam movie. Nigerians love movies as much as movies are loved in Kerala. I think this is the major similarity.

3) What was it about the script that attracted you? And to the character that you play

I was very happy to have made history with ‘Sudani from Nigeria’ by becoming the first African to play a leading role in an Indian movie. This was the major thing that attracted me to the movie.

4) How does it feel being the first African actor to play a leading role in an Indian film?

It feels great. I hope that my work in India now and in the future will inspire positive changes in the way Africans are perceived by Indians and the world generally.

5) How can Indian cinema, in general, become a more open and accepting place?

I feel that the entire world would be a better place if people didn’t treat or judge other people solely based on the colour of their skin but on their hard work and character.

All people, not just people in the film industry need to practice kindness to one another irrespective of where they come from, their religion, sexual orientation or the colour of their skin.

6) What are you working on next?

I will be working on a movie called ‘Purple’ this June. It is a musical film directed by Dr V.A Bijin and produced by Mr Rathish Nair. I am looking forward to shooting the project.