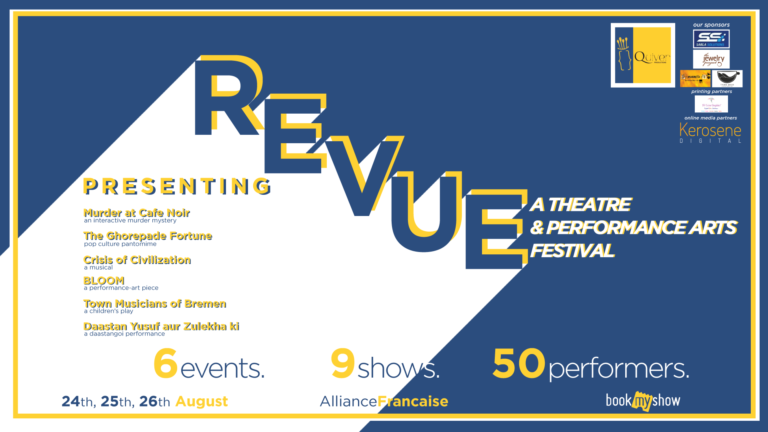 Bangaloreans, your weekend is about to get a lot more interesting! Why? The weekend stage festival, Revue, brought to you by Quiver Production, brings you 3 days and 6 plays of thrills, mystery, love, comedy and experimentation. At Bengaluru’s Alliance Francaise, you can witness this group of thespians at their best.

You see them onstage emulating kaleidoscopic characters. You see them taking a bow after the play, basking in the shower of your applause. But what goes on inside their minds? What gets their creative juices flowing? Let’s take a look behind the curtain at what the writers, directors and performers of REVUE have to say about acting and directing the plays you’ll watch this weekend: 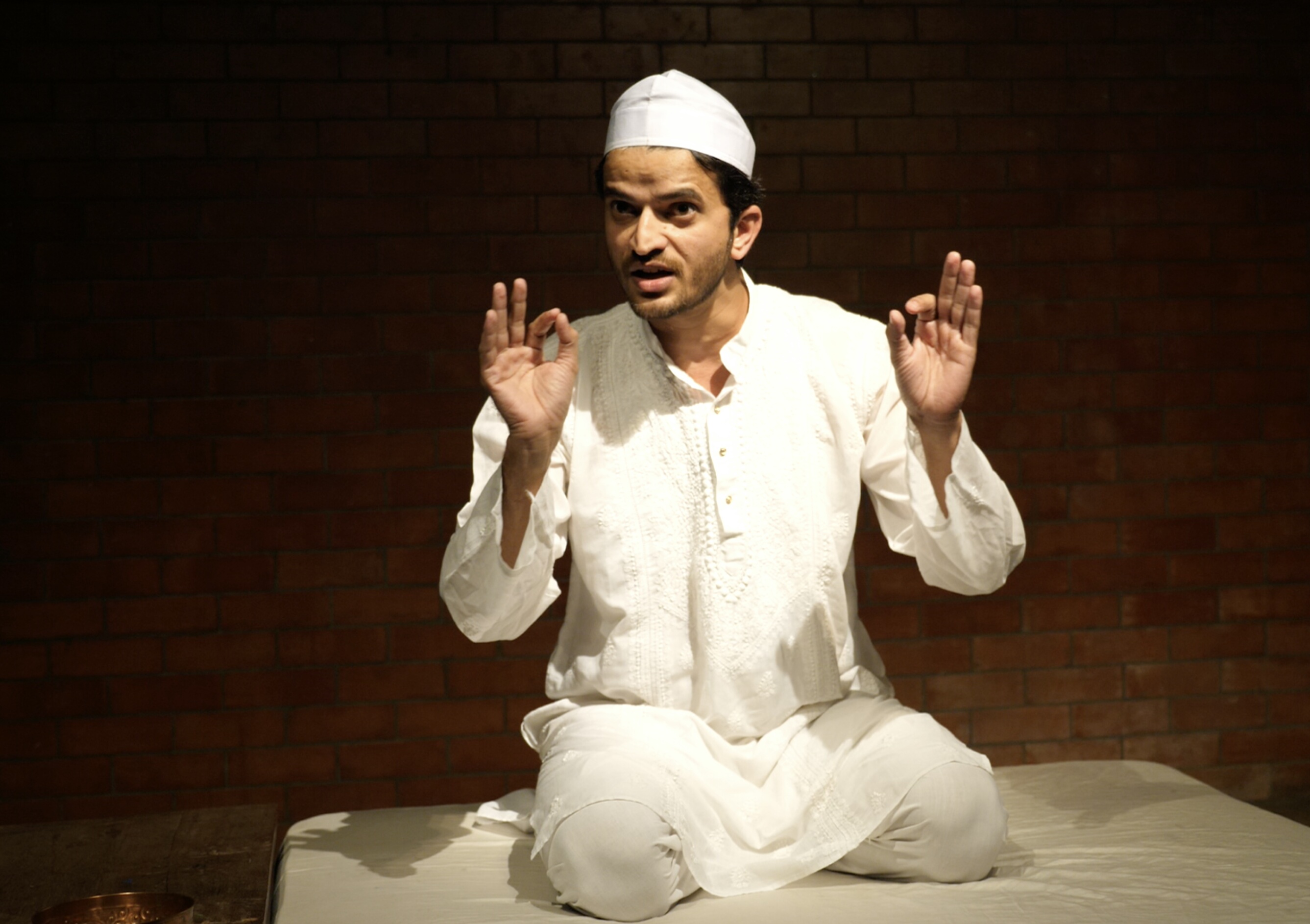 What’s the play about? A tale of love, lies and longing told in classic Daastangoi style, an ancient tradition.

“The story of Yusuf (Prophet Joseph) and Zulekha is something that I have heard right through my childhood. The fascinating journey of Yusuf from his childhood to a rich man’s palace and the hardships, love, longing, dreams and their interpretations and its metaphysical aspects are some of the things that make it a great story to be told through Dastangoi.

While doing theatre, I came across this performance art form called Dastangoi and I was immediately hooked to it because it was something very familiar to what I have always followed- a storytelling form which uses both prose and poetry.

As an actor and a storyteller, it’s necessary that one should her/himself be first captivated and excited by a story. Only then he/she would be able to evoke those emotions in the audience by narrating it. Daastan Yusuf aur Zulekha is one such story for me and I’m excited to narrate this story to the audience.” 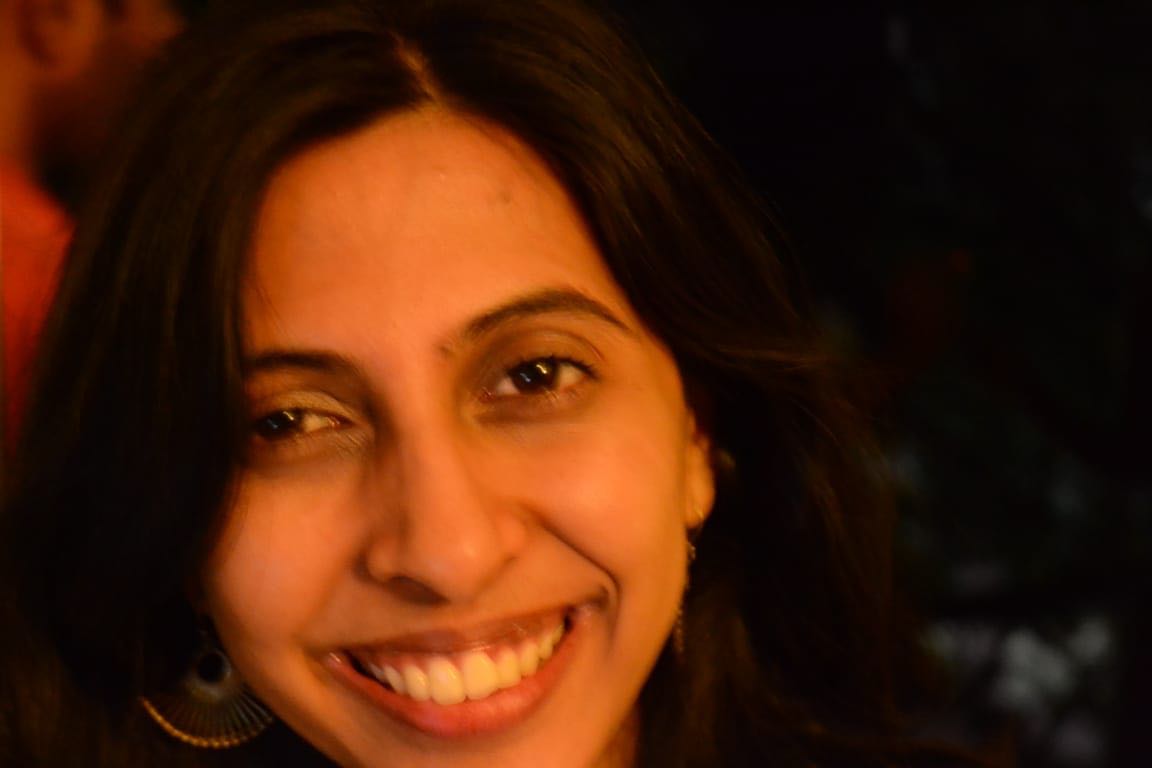 What’s the play about? This comedy of errors will have you chuckling away at Rahul Ghorpade and his eccentric family.

“Most scripts begin as discarded ideas, and The Ghorpade Fortune isn’t any different. Inspired by most Bollywood family dramas and a bit of Mel Brooks’ spoofs and Blake Edwards’ comedies, I finally got around to writing the story of every dysfunctional, rich Indian family – with a few twists.”

“When I read The Ghorepade Fortune for the first time, as a director my challenge was to dramatise a family drama whilst retaining the realism as well as experiment with all kinds mannerisms. Cut to 2 months later, watching this pop culture pantomime performed by a cast of 17 actors makes me love and hate my family at the same time.” 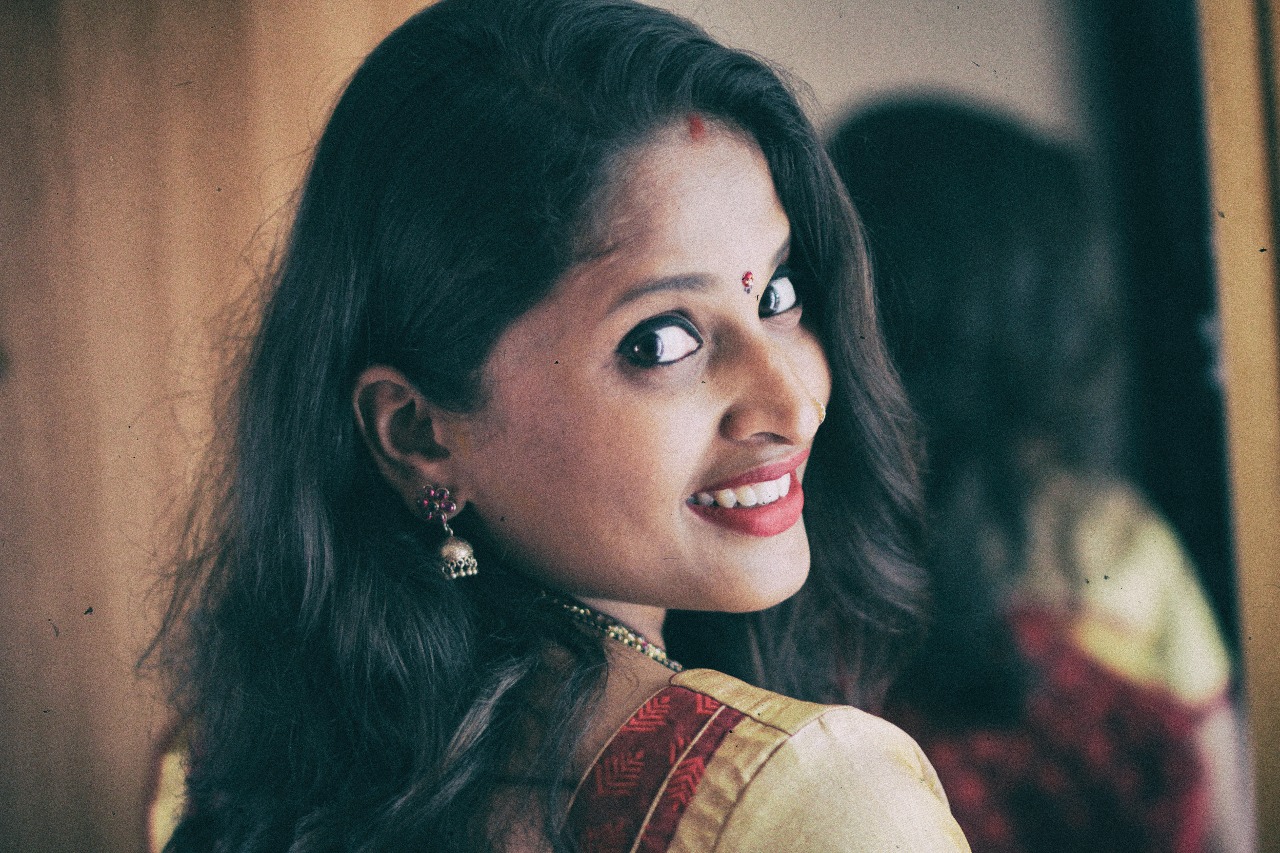 What’s the play about? A play for children of all ages, the play follows four abandoned animals on a musical journey.

“The story had a deep impact on me the moment I read it. It has a lot of room to play around and at the same has deep rooted message. It challenges the belief of the Society (especially the Indian) where there is a milestone set according to your age.  But the story liberates you from this very idea and gives you a new perspective towards life, aspiration and dreams.

It helps to break the conditioning that happens in young as well as old mind and tells you to follow your dreams irrespective of your age.”

What’s the play about? In this experimental performance piece, Anushka Nair interrogates existential questions of identity, gender and the power of the self.

“I’m interested in using different mediums and materials to communicate or symbolise ideas and Bloom is essentially a blend of these meanings and symbols that in turn question notions, meanings and our conditioning as humans.

Bloom has been a journey of constant growth, from its conception to its performance. It’s been a very organic process for me. Like an organism, Bloom is constantly evolving and each rehearsal is an exploration and investigation further into its essence.

Each time I perform, I discover a different nuance within of course its larger constant and conscious conceptual framework. It’s been a very interesting journey for me.” 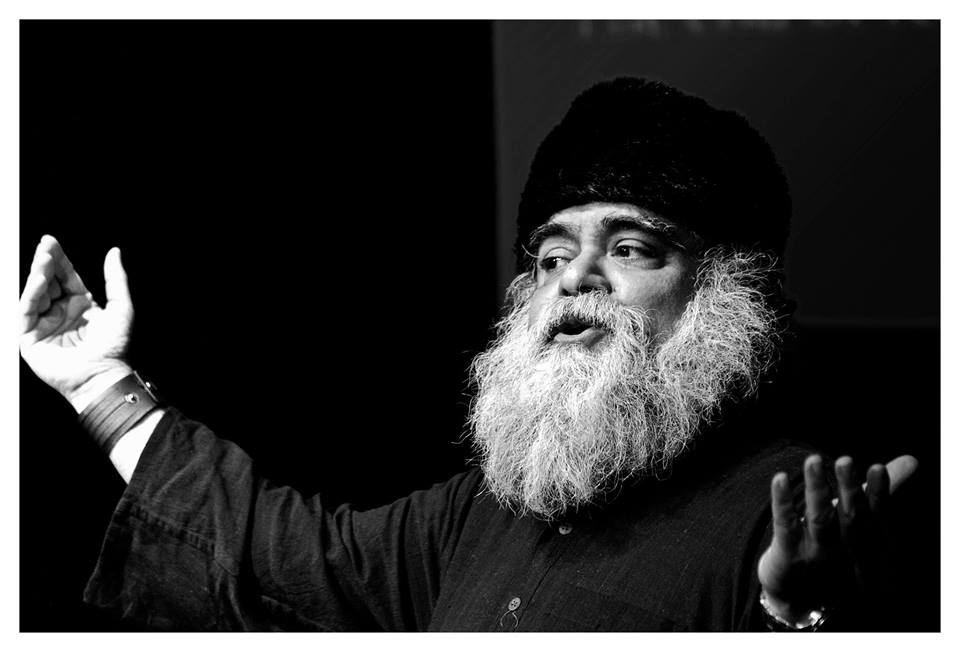 What’s the play about? A musical bio pic based on Rabindranath Tagore’s last speech before death ‘Crisis of Civilization’.

“I wrote this play some seven years ago to coincide with the sesquicentennial of Rabindranath Tagore at the behest of the Bloomsbury Theatre, London.

Fashioned as a musical, containing a dozen songs penned and composed by Tagore himself, the play Crisis of Civilisation: A Journey with Tagore saw unqualified success and earned accolades from the theatre lovers and the academia alike wherever we toured. In the version 2.0 of the play, I field six actors and singers on stage and make the play more piquant and trenchant than before. The play is presented by Sangeeta Ghoshal who happened to have translated the songs sung in this play.” 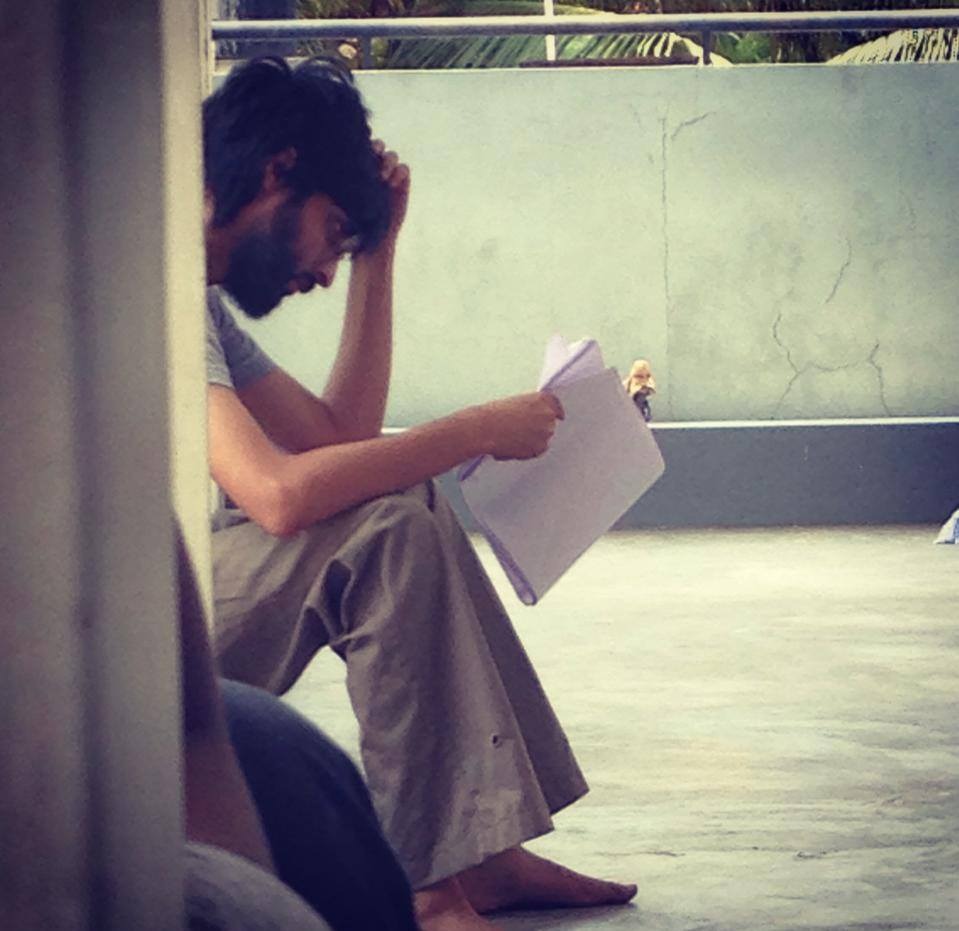 What’s the play about? Set in a 1940s café, this production is an interactive, musical murder mystery with a medley of interesting characters.

“Like all my favourite stories, this play is not static – it changes, based on the choices the audience makes, and the questions they ask. The performers have a story to give, and the audience gets to give back. It’s a conversation. Between the music, the sets, the setting, the danged stabbing thing(spoilers), it’s safe to say that Murder at Cafe Noir is unlike any play I’ve ever worked on before.

The process was a cycle – improvisation. Taking what works. Refining it. Tightening performances with technical whatnot, and then improvising new things again for new ideas. A lot of messing about, and a lot of fun.”

Quiver Productions is a theatre production house based in Bangalore, known for their sold-out shows, ‘The Vagina Monologues’, ‘The Exit Interview’, ‘You’ve Got Hate Mail’ and many more. They have also produced other performance arts events like Manto ki Kahaaniyan, Ghalib’s Ghazals, and The Life and Work of Faiz.

For more information, visit Quiver Productions’s Facebook page and you can book tickets for Revue on Bookmyshow.