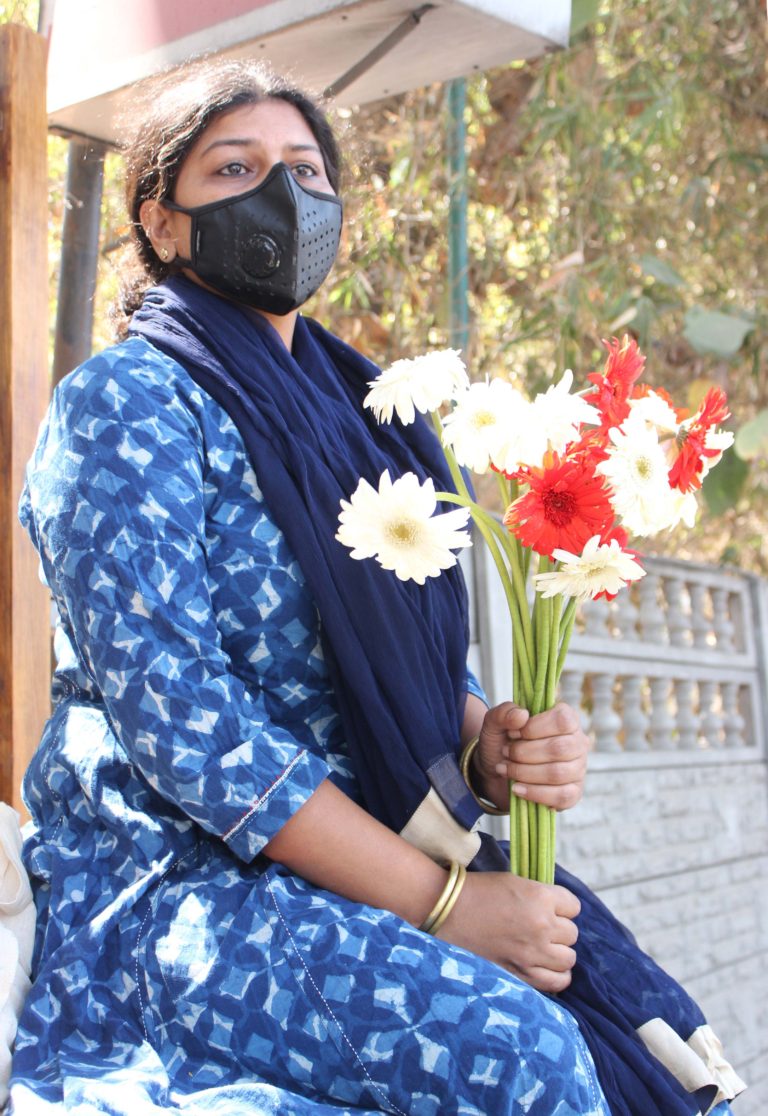 You’d probably be perplexed at the sight of her, performance artist Avril Stormy Unger wearing an air pollution mask, clutching flowers in her hand, and sitting on an immense wooden chair alongside traffic-choked Old Madras Road. And seeing her again, the next day and the next. You’d become intrigued, curious enough to start asking questions – and that’s exactly the point.

Avril’s performance – in collaboration with the Jhatkaa Foundation, and part of her ‘Only Time Will Tell’ series – aims to highlight the harmful air pollution in Bangalore, and tries to shake its citizens into action.

Avril had previously performed a similar piece in December 2017. She stood on the street for 10 hours, without food, water or sitting (and also got taken to the police station because they thought it was a protest) drawing the attention of the executive director of the Jhatkaa Foundation, who asked her to collaborate with them. Jhatkaa, a campaigning group committed to building citizen power across India, is actively working on trying to make people aware of air pollution in Bangalore. 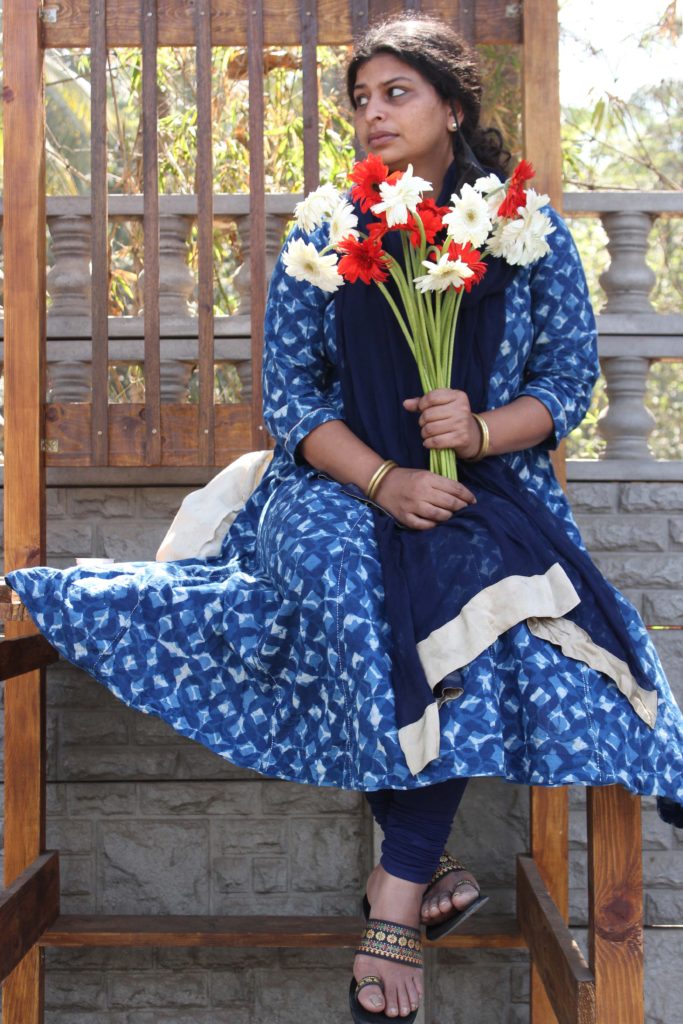 Explaining the visual elements of her piece, Avril says “Flowers are an expression for life and everything living around us and me standing and waiting is just a reflection of what we do as people, like things are dying around us and all we do is wait for it to die.

I got the big chair this time because, a lot of people from a certain upper economic background don’t seem to notice me when I am standing. So I thought I’ll get something bigger like that of the size of their car, so that they do notice me or else I’ll be like one of the street vendors who go unnoticed.”

“Actually what I feel is that, the flowers are performing, the chair is and the passage of time. Not me really. I am simply a medium holding and bringing them together.” 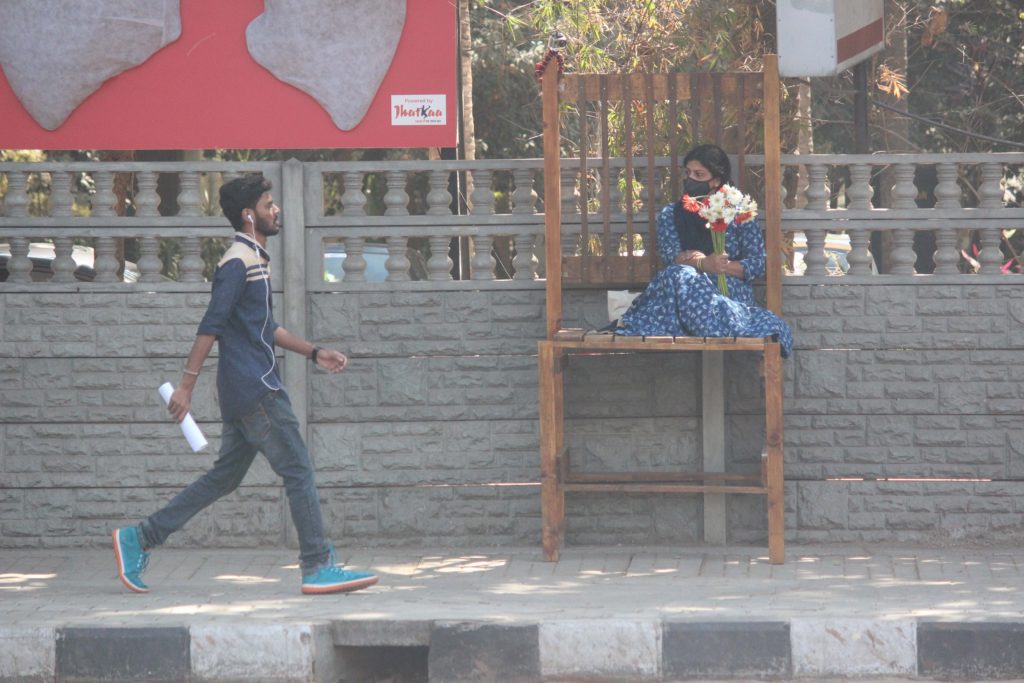 The audience on the street is an integral part in her performance too, she explains. People might ignore her, like her, not like her, walk away and look back again, but the response is natural and instant. And that’s what makes it different from a constructed audience at a show. 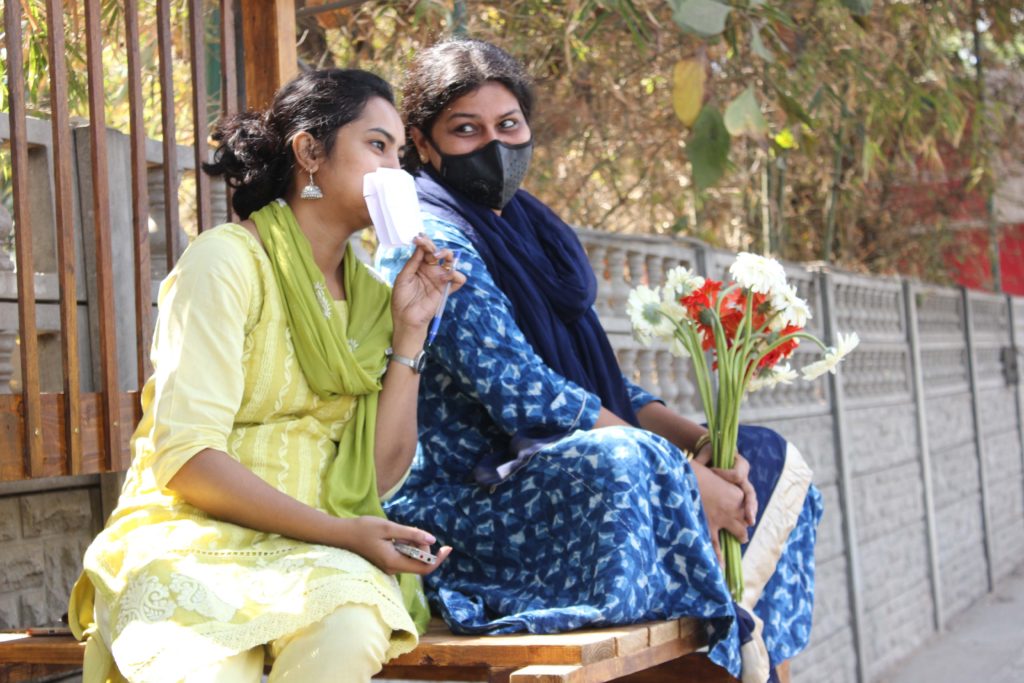 Elaborating further, she says “It’s a process. The first day people might just glance at me, or probably they won’t even look. On the second day, they’d think “She’s still sitting there. Why?” Then, on the third day when they realize that I’m still there, they’ll start acknowledging my presence. People start smiling, showing me a thumbs up or coming up to me to tell me that I’m doing a good job. They ask me if I’ve eaten. They empathize, and start connecting with me.” 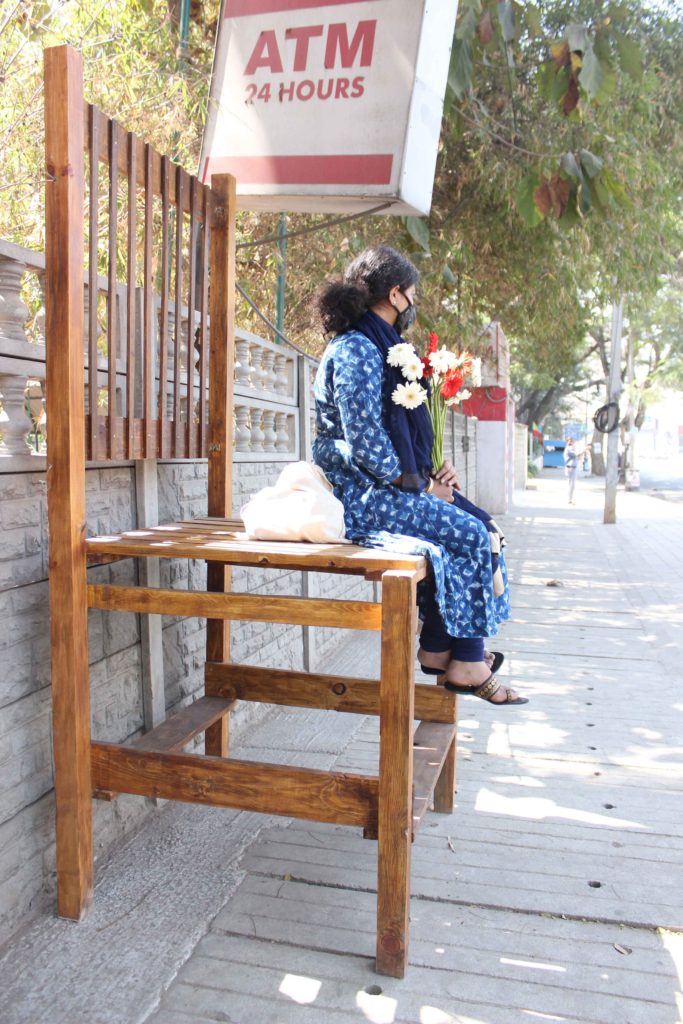 But, she points out, that she’s experienced some hostility too. “I also get a lot of aggression at time, people get angry a lot at times, specifically towards me being a woman”, she says. “I do get people telling me at times that I should be sitting in the house, but it’s nothing compared to the love and care people show.”

She adds “I’ve had zero sexual or any sort of harassment in all the hours I’ve spent of the street. It’s unbelievable right?” 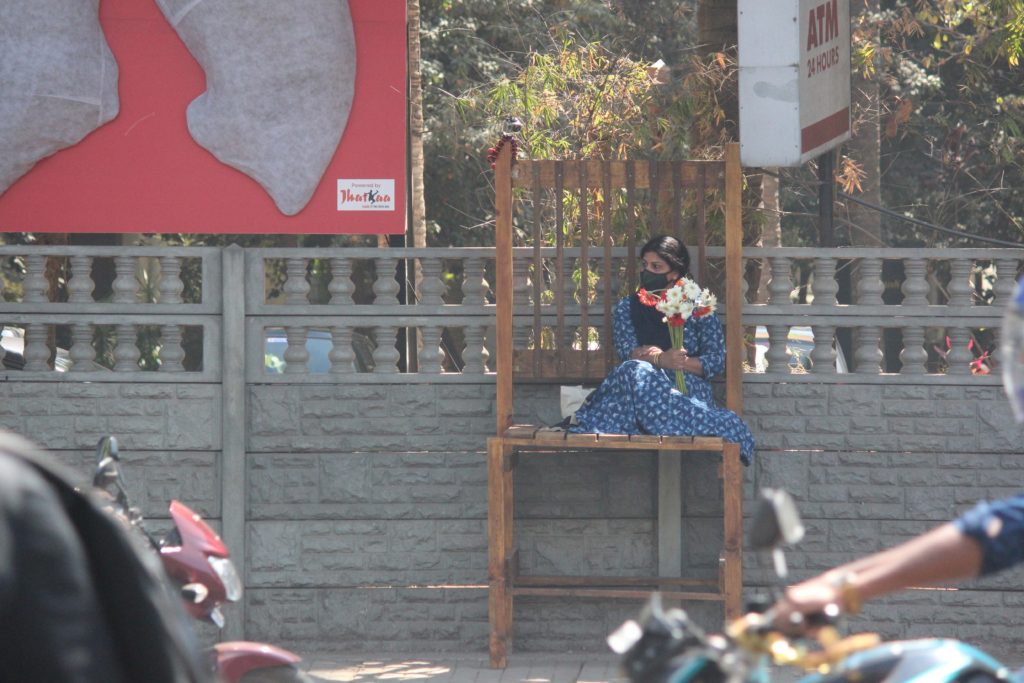 Experiential performances such as Avril’s ‘Only Time Will Tell’ piece create turbulence and leave an impact in their wake.  “I’m happy with the big or small impact I am making,” the artist says. “I am trying.”