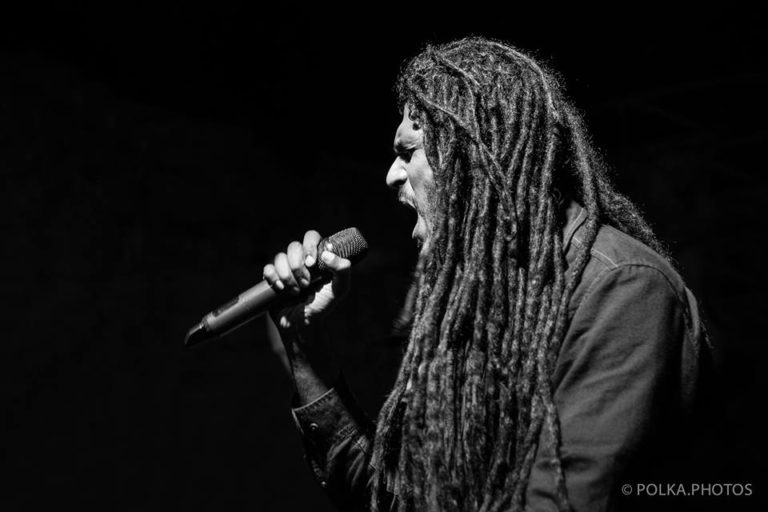 Experiments can often lead to amazing outcomes. Be it scientists or musicians, trying out new ideas often leads to fresh creative results. This is definitely the case with King Jassim. This Bangalore-based artist started his musical journey with Low Rhyderz (LR), a hip-hop band formed in the year 2007, and slowly forayed into reggae.

Ever since, there has been no looking back for him. He has released a solo album titled  ‘Ready Fi Rule’, embarked on all India music tours with Lucky Ali and Low Rhyderz, and collaborated with international and Indian artists such as Subtraktor, Sohrab Kolhadooz and Mista Savona.

All these experiences has led him to come up with one-of-a-kind music compositions. We spoke with him about his musical journey, the reason for moving from hip-hop to reggae, messages he wants to convey through his music and his new venture ‘Boom Bangalore‘. Here’s what he had to say:

It just happened one day. I was penning some rap lyrics with Low Rhyderz and came up with the line “Your King Jassim”. Everyone in the room thought I should adopt it as a stage name, and I’ve used it ever since.

‘King’ itself was inspired by legendary artist Diana King whom I grew up watching and whose music has influenced my evolution as an artist.

2. How would you summarize your journey as a musician so far?

It’s been very uplifting. I plunged into this just as a music lover with a little bit of faith. And it was definitely a tough decision propelled by my impulsive youthfulness. But now, it’s been close to 10 years with over 500 shows till date, multiple tours, collaborations with some really good musicians and artists.

Had it not been for music, I think I would have been just another lost engineer in the system.

3. Why did you choose to move from hip-hop with Low Rhyderz to reggae?

Well, I haven’t really moved out of Low Rhyderz, but the band is dormant at the moment. I do think there might come a day soon when we will make music together.

But even in LR, I brought in the reggae and dancehall flavour. Reggae comes quite naturally to me. Plus the rest of my bandmates were hip-hop and rap artists.

4. Tell us a little about ‘Samjha Kya’. How did you come up with such unique lyrics?

Most of the lyrics I write stem from life observations and experiences. Samjha Kya took birth one late night after an outing in the city. Lyrics came flowing in under an hour on the dining table. Until then, I was looking for a head start in any another language other than English. Couldn’t ask for a better start.

The next day I was at Lucky Ali’s place and I showed him what I had written. He approved and there the song was done. I have poor grammar in Hindi, so I had to consult a few friends to double-check the song for errors.

5. What do you wish to convey through your music?

Music has become very sacred to me now. It’s very serious and it can heal.

6. You’ve extensively collaborated with many musicians from different genres. Which would you say is your favorite collaborative creation?

I have done live impromptu collaborations on stage with some really great talents and have also collaborated when recording songs. Some of my favourites have to be with Lucky Ali, Diana King, Low Rhyderz, Subtraktor, Sohrab Kolhadooz from Iran, Mista Savona from Australia, MTDS from Russia.

I am looking forward to an upcoming release with ace guitarist and vocalist Sanjeev Thomas and Carnatic Exponent Vasudha Ravi. This is an interesting collaboration. Watch out for the music video.

7. Is this interest in introducing listeners to new, fresh sounds why you decided to launch Boom Bangalore?

I moved back to Bangalore after 7 years to work on my new music and a couple of movies. During the past years, I’ve really had to scrutinize myself and my potential as an artist and an individual. So, I indulged in music, travels, new connections and organic farming too – exploring and learning everywhere.

Throughout, I realized that no matter where you are, it’s important to be surrounded by positive vibes, and if it’s missing, to create it yourself.

Thus, Boom Bangalore started. It’s more of a tribe which is in an early phase right now. It’s all about conscious vibes and the use of art to bring about positive change.

8. What kind of experiences/bands/artists can one expect to encounter at Boom Bangalore?

We started off thinking it would be strictly World music, Dub and Reggae music, but we’ve decided to keep it open. You can expect folk, experimental and classical too. We’ll feature any such artist whose work we like and who understands what we stand for.

9. Any new music on the cards?

Oh yes, loads! My solo albums ‘Desert Invasion’ and ‘Inheritance’ are in progress. Plus, I’ve got some new collaborations in the offing such as a new project called “Badgar Vibes” with YemZii, a producer/rapper from Mangalore. It’s going to be new age folk music.

We feel that Boom Bangalore and King Jassim’s new age music experimentation and collaborations will create new melodies altogether. Be sure to browse through Boom Bangalore’s FB page to check out the upcoming performances. And don’t forget to tune in to King Jassim’s Soundcloud channel or Instagram handle to listen to his tracks.