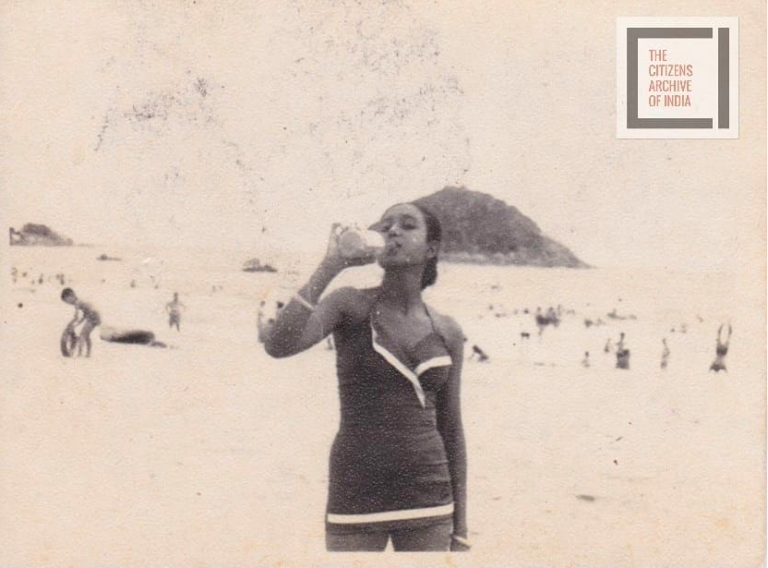 Most of us grew up on our grandparents’ knees, listening intently as dadi/paati/appachan whispered tales of kings, queens, magic, witches and talking animals, and, as intriguing, shared stories from their own lives, memories of love and war, of personal struggle and achievement.

In hearing these stories, we learnt not only our family’s history, but that of our country. After all, what are these experiences and memories but pieces of our collective past – testimony of individuals who were there and who lived through the events that mark India’s history. Memories that offer lessons no history class can convey.

The Citizens Archive of India (CAI) is trying to capture and preserve these first-hand anecdotes in order to build dialogue and foster mutual understanding about the nation’s past, present, and future. Rohan Parikh, the MD of Apurva Natvar Parikh Group, first thought of creating a platform like CAI when his grandmother passed away a few months before his daughter was born, and realised the need to collect and preserve vignettes of our oral history before they are lost to us.

Consequently, Parikh started The Generation 1947 Project to collect stories about pre-Independence India, and roped in Malvika Bhatia, a heritage educator to head this initiative.

Posted by The Citizens' Archive of India on Monday, 2 April 2018

Bhatia and Parikh investigate what life was like before and after Independence by digitally storing handwritten letters, newspaper clippings, historical pictures, personal photographs, and other souvenirs from those times, and by collecting everyday stories about family, school, work, love, and community from word-of-mouth and known acquaintances.

“[Sometimes] people decline and that’s perfectly okay,” Bhatia explains. “For us to capture the true spirit of their story, these people need to share it willingly and most even do. “The level of excitement, happiness, and shine in their eyes makes us want to talk to them all day.”

From Rajasthan and Maharashtra to Karnataka and Kerala, the team has collected a variety of stories  – about life in villages, times in princely states, some that shed light on the culture of French Mahe for instance. Each story told is unique just as each ordinary life is important, as it is a part of the greater story.

"My mother used to work for the #IndianIndependenceLeague, so when #Netaji (#SubhasChandraBose) started the #IndianNationalArmy, she became a recruiter for them, and immediately sent my sister and I to be trained in the #RaniJhansiRegiment. We had #military training and #nurses' training. We didn't immediately have uniforms, so for a while we trained in our ordinary clothes." -Lt. Rama Mehta (now Rama Khandwala), a 'rani' in the #AzadHindFauj tells us about her experiences watching the #SecondWorldWar play out in front of her eyes at #Maymyo in #Burma. Help us collect more stories like this one; go to http://citizensarchiveofindia.org/support-us/ to donate. #TheGeneration1947Project #Myanmar #NetajiSubhasChandraBose #worldwar2 #oralhistory #militaryhistory #archive #indiaat70 #womenshistorymonth

Our first #100yearold interviewee, Mrs. Mithoo Coorlawala, attended #NewnhamCollege at the #UniversityOfCambridge from 1938-1939. Back then, they didn't award women degrees. Mrs. Coorlawala tells us how life has changed since then. "The men's colleges were so furious when two women's colleges were established, that they burnt down the gates of our college, Newnham, and also, they had a big tamasha in the marketplace. There was a lot of violence against the opening of a women's college. And (they said), 'You can have a college there if you must, but you don't get degrees.' You could study, have the same syllabus, sit for the same exams, but when you passed, you didn't get a convocation. You got your degree by post. It was not a recognized thing. It was more a 'do it if you must'. That was pretty humiliating. After a lot of agitation, they began to give degrees at a convocation, same as the men. So I went to celebrate 50 years of that." This is a photograph of Mrs. Coorlawala on the day of her convocation ceremony in 1998, 60 years after she first attended Cambridge. #OralHistory #TheGeneration1947Project

We haven’t shared a good photograph in a while, so here is one of our favourites! In this picture, Mr. Doongursee Shamji Joshi and Sir Lancelot Graham, the Governor of #Sind, step out of the ‘Butter Room’ at the #KarachiPanjrapole. They walk in step, one donning a hat, and the other a traditional Pagdi, both prominent #Karachi citizens in their own right. Mr. Joshi’s granddaughter, Mrs. Pushpa Bhatia, remembers him as someone who encouraged education, and helped open Karachi’s first public safe. He was a trustee of the #Panjrapole. She spent the first ten years of her life living in his sprawling Karachi bungalow. She remembers, “We had a very aristocratic life. We lived in a very nice bungalow with a garden next to our house, in another plot, where vegetables were grown. And altogether it was a very, very simple, but a very happy life, with no hassles of today.” • #TheGeneration1947Project #oralhistory #archive #UndividedIndia #materialmemory #photoarchive #DoongurseeShamjiJoshi #LancelotGraham #GovernorofSind #BritishIndia @devavrat_bhatia @monkibusiness_ @pipeddream64 @rajiv.d.bhatia

The stories also reflect how society has changed.

“One thing that we always ask people is, what they wish they had in their time? And what they think their grandchildren as missing?” says Bhatia. “Answers to both these questions are always amazing. Almost everyone believes that they have missed out on nothing.

“They had all the things we have today except for freedom of career and education quality. But they think their grandchildren are missing so much. They don’t know life without gadgets, they are distant from neighbourhood culture and the untainted joy of playing on roads.

“When these people talk about independence, their eyes light up and they regret that the younger generation will never feel the pleasure of freedom.”

What’s Bhatia’s favourite story from the archives? “A story by Mrs. Usha Sethi about dacoits in Kot Sarang village, which now comes under Pakistani Punjab” she remarks. “The Dakku (dacoits) used to rush in and loot jewellery, cash, and other precious items from people. Mrs. Usha said ‘But, the dacoits also had values. Once a woman called their leader brother and they just walked out of the women’s home without taking anything.’ The story made me smile.”

Photo credit: Ekta Chauhan (@_ektu29_ ), "An entire village lived here once, and now bats have made it their home." Ekta is making sure that the village's memories are preserved through her project, #DilliKiKhirki, in partnership with CAI. #oralhistory #archive #KhirkiVillage #KhirkiMasjid #Delhi #heritage #history

CAI is currently working with Ekta Chauhan, a Delhi-based historian, on her project Dilli Ki Khirki. Khirki village is the heart and soul of South Delhi and Ekta and the CAI team are documenting the dying traditions, changing lifestyles, and evolving architecture of the village.

The Citizens’ Archive of India has currently captured 100 stories from Bombay, and are now expanding to other states. If you would like to help build the archive by nominating a citizen, visit the CAI website for more information. And don’t forget to follow CAI on Facebook or Instagram to read and remember the lives and stories of our parents and our grandparents.

All images credit: The Citizens Archive Of India