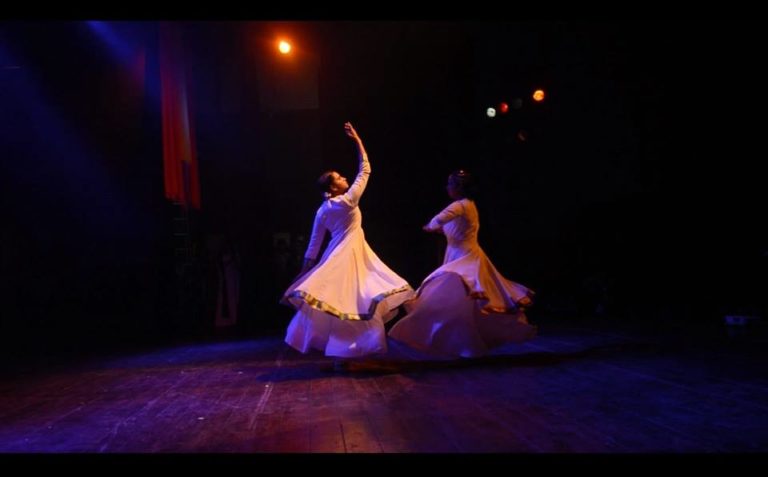 Dance traditions are organic. In order to survive, they need to evolve. Now more than ever it is vital for practitioners to jump on the revivalist bandwagon and reinvent their art form.

As a child, while undergoing training with her mother and her guru, Kathak exponent Gauri Sharma Tripathi was not only taught the grammar of Kathak but was also exposed to the popular music of the time.

They lived in a remote region in Rajasthan, hence, musicians were difficult to come across. Her guru would play records of various genres of music during their riyaz, ranging from western classical music to Bollywood music.

“In the tradition I come from, my guru allowed me time and space to breathe. And that breathing got me thinking that Kathak as a dance form can be extremely versatile.”, says Gauri ji.

When she moved to the UK, Gauri ji interacted with composers of the underground Asian British music genre like Nitin Sawhney and she realized that the music lent itself beautifully to Kathak’s grammar. She uses, in her choreography, ideas and themes that force her to explore various soundscapes of music and thus collaborates with different musicians as opposed to a traditional sarangi and tabla player.

In the UK, she founded ANKH – A New Kathak Horizon,  through which she explored how the art form can be given new dimensions by using modern technology like production design, lighting, etc. They also conducted various site specific projects including the Commonwealth games.

After coming back to India, she founded the India chapter of ANKH – Amara Nritya Kala Hansa which is a Kathak collective that aims to focus on the technical attributes of Kathak dance and bridging it with the concept of modernity. Though Kathak extensively incorporates the childhood and other stories of the Hindu god Krishna, she experiments with concepts that are not traditionally Radha-Kishan, ched-chad or even a thumri.

These fusions challenge the artists to push their creativity its edges while attracting new blood to an otherwise exclusive art form.