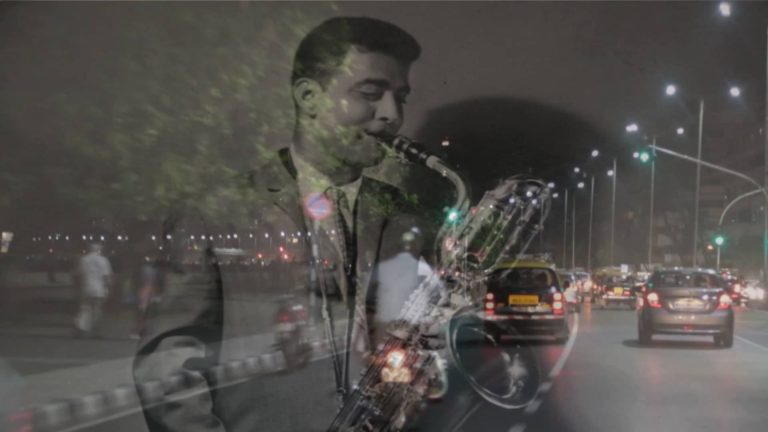 Award-winning filmmaker Praveen Kumar had just turned 50. He wanted to learn something new, so he bought a second-hand saxophone, and started searching for a teacher, only to be brought up short. Finding a professional saxophonist in the city was next to impossible. This struggle inspired him to make a documentary about the dwindling number of saxophonists in Mumbai, titled ‘Sax in the City.’

One by one, the film narrates the extraordinary stories of the members of the small community of saxophone players in Mumbai such as Rhys Sebastian D’Souza, Shyam Raaj, Raj Singh Sodha, Carl Clements and the late Luke Poswaity. The players come from different economic backgrounds. Some live in slums while others have middle-class apartments, but all are willing to follow their saxophones no matter where it takes them, whether that’s in Hindi films or wedding processions.

‘Sax in the City’ narrates the struggles they encounter, especially in the age of tech-enhanced music. Some saxophonists are lucky enough to make it in the industry, but others suffer the consequences of being more disposable than an electronic synthesizer – even though the latter can hardly match up to the skills and passion of the former. Conditions such as these force brilliant musicians to live in extreme poverty, in spite of their talent.

The documentary does hit a couple of high notes during the poignant narrative. In the Koli (fishermen) community, the saxophone makes constant appearances at wedding processions and parties as part of the live band. “Children as young as eight have access to the saxophone. They know people who can teach them and help further their skill. This ensures that a chunk of the younger generation will always be drawn to the instrument, and the saxophone will not completely escape Mumbai’s legacy,” says Kumar.

Informative and intriguing (it may even move you to decide to learn the saxophone yourself), this is a movie for anyone who ever admired an old street musician playing a saxophone and wondered, “Who is this guy, and how did he get here?”