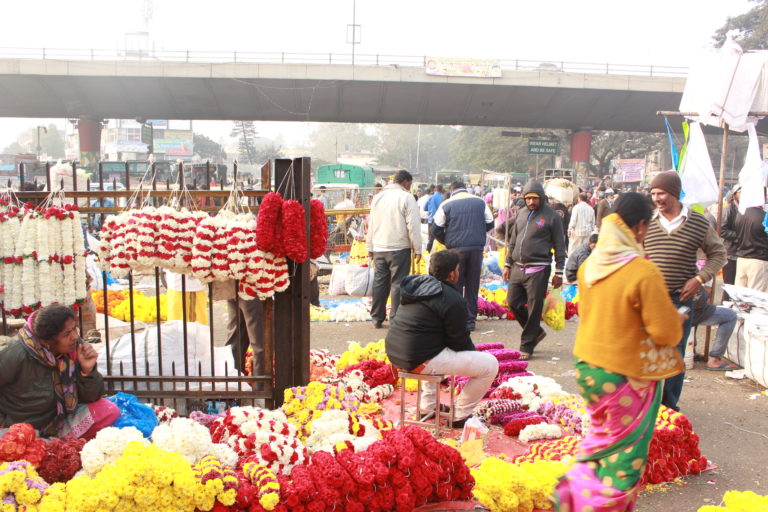 A battlefield two hundred and thirty years ago overrun with soldiers is today occupied by fruit and vegetable vendors – KR Market has two sides of history that are as different as night and day.

In the late 18th century, Tipu Sultan’s army, holding down the Kotwal fort, was defeated by the British colonizers with betrayal and deceit. The battlefield then became an important juncture for merchants from every town to set up stalls and make a livelihood.

The space gradually became KR Market, a flower market that employs thousands and provides many more with daily basic necessities. If you go early enough, you can catch a glimpse of a whole community, bustling with business; vendors plying their trade, displaying their fresh fruit and flowers with pride, competing with each other to catch the attention of the shoppers and bargaining battles that are as intense as any other sport you know; there’s not a single stagnant moment and the energy is infectious. All this activity is packed away before 9 am, when the entire city is awake.

The constant movement almost makes you feel like you are experiencing several different worlds and eras at a time.